I would love for someone to explain why they would vote for Harris/Biden. share
2,997 views • 145 upvotes • Made by Perspicacity 1 month ago in politics
ben franklin 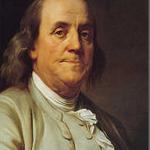 reply
FrancisCuckworthIII
2 ups, 1m,
1 reply
I'm just gonna put this here:
reply
Dr.Strangmeme
1 up, 1m
reply
who_am_i
15 ups, 1m
reply
Zaklog
14 ups, 1m,
1 reply
Why? So far all I've heard is that he's not Trump.
reply
lokiare
12 ups, 1m,
2 replies
You haven't been listening then. He a racist, corrupt, lifelong politician that has no accomplishments other than being VP to the second black president.
reply
SydneyB
10 ups, 1m,
2 replies
Who was the first?
reply
President-Elect_christine7
3 ups, 1m,
1 reply
Bill Clinton...
reply
lokiare
0 ups, 1m,
2 replies
Thomas Jefferson
reply
[deleted]
0 ups, 1m
how?
reply
-_T_r_U_m_P_s_U_c_K_z_-
0 ups, 1m
Thomas Jeffersons coming hhhhhhhhoooooooooooooommmmee
reply
OhWell
3 ups, 1m
lol
reply
muddigger5
2 ups, 1m,
1 reply
second?
reply
President-Elect_christine7
1 up, 1m,
1 reply
Bill Clinton was the first...
reply
Octavia_Melody
3 ups, 1m,
3 replies
Bill Clinton is white
reply
MauiOnion
2 ups, 1m,
1 reply
African-Americans loved Clinton so much they called him the first Black president at the time. Of course Obama cancelled out the joke.
reply
Octavia_Melody
1 up, 1m
Ahh, thanks
reply
SydneyB
3 ups, 1m,
1 reply
How do you know what he identifies as????
reply
Octavia_Melody
3 ups, 1m
🤔
reply
President-Elect_christine7
0 ups, 1m
See MauiOnion's comment.
reply
Bluessol
9 ups, 1m,
2 replies
I still haven’t seen a Biden sign in anyone’s front yard
reply
PRESIDENT_ELECT_TheBigPig
2 ups, 1m,
1 reply
I have... but I’m in Virginia, so then again...
reply
Bluessol
3 ups, 1m,
1 reply
Hell im in California and I haven’t seen a one and I travel 16 miles one way to work.
reply
MauiOnion
1 up, 1m,
1 reply
Maybe people put them out it’s just Republicans keep stealing them.
reply
Bluessol
0 ups, 1m
Hahaha I hope so, but doubt it.
reply
Your_Common_Ravenclaw
1 up, 1m
they are everywhere i live
reply
Abby_Normal
7 ups, 1m,
1 reply
reply
JeffreyRyan
3 ups, 1m
And the Swedish teen vote.
reply
Your_Common_Ravenclaw
6 ups, 1m
I so agree with this! Biden is so gross
reply
FatalError
4 ups, 1m
reply
NinjaMichael
5 ups, 1m,
2 replies
Here is only one good thing Biden will do better than Trump:
He will actually make a good attempt to stop covid.
reply
SydneyB
4 ups, 1m
How? By calling a travel ban xenophobic and rayciiiissss?
reply
Perspicacity
2 ups, 1m,
1 reply
How? What exactly will he or can he do?
reply
NinjaMichael
0 ups, 1m,
1 reply
Biden claims he will shut down the country. Thus, he is acknowledging the severity of COVID-19 and the fact that many Americans are sick and dying. Trump, however, claims that he has already won the battle against Covid and cases are declining, while in fact the United States has the most COVID-19 cases in the world, and that number continues to surge.
reply
Perspicacity
0 ups, 1m,
1 reply
Scientists say the virus has better than a 99.96% survivability rate, and you think that shutting down the country is a good idea?

Yes, we have the most cases in the world, we are also the third-largest country. If you look at the mortality rate per 100,000 or even infection rate per 100,000, we are not at the top of the list.

We are doing better than Mexico, Belgium, Spain, and others.

Look at the results from the states that introduced long shutdowns, massive unemployment, rises in suicides and drug abuse, major loss of small businesses, etc.

Even the WTO says that shutdowns are not a good idea, the long-lasting and far-reaching consequences can be far worst than the virus.

BTW, Biden couldn't shut down the country, the president doesn't have the power. That power lies with the states. The same thing with mandatory masks, he can't do it.

The trouble with Biden, he never makes the correct decision and never looks at the consequences. He just says whatever he thinks will get him power. Look at his disastrous 1994 crime bill. It sounded good, but he never looked at the consequences of it. Even he is now saying it was a big mistake. In fact, his 47 years in politics has shown that he is not the sharpest knife in the drawer.

Then there is his flip-flopping on fracking, stacking the SCOTUS, defunding the police, and supporting the Green New Deal. He was 100% on record for these policies until he found out the public was not. Now he is saying he is not for them. (He may be still in favor of these policies, but who knows since he keeps changing his what he says.)

It is not just his ideas around the virus that are wrong, his whole agenda would be a disaster.

Higher taxes for everyone, more government regulation, his views on trade, his lack of understanding of foreign policy, and his apparent susceptibility to being controlled by the far-left extremists in the Democrat party. Not to mention his possible corrupt ties to China and Ukraine.

Biden's presidency would be a disaster for as long as the Democrats let him stay. I think they will get him out long before the end of his term. Then we would have Harris who is even worse.
reply
Dalida
0 ups, 4w
we have the most cases in the world because we have the best economy in the world, so we can test more than any country
reply
playboiBT
6 ups, 1m
I would rather have Trump as president than a guy who unfairly got nominated as the Democrat runner. The Democrat party is scuffed and corrupt, the Republicans are actual idiots mostly cause of Trump and none of them have the balls to speak against him.
reply
Golden_Uganda_Knuckles
5 ups, 1m,
1 reply
bidan and his followers are more mentally retarded then a fool
reply
DummyThiccs
1 up, 1m
*biden
reply
[deleted]
4 ups, 1m
reply
CarrickMcHwain
5 ups, 1m
Well if you don't keep your mouth shut, Imgflip mods will shut them for you.

"Your meme was rejected because it harasses people"
reply
TommyMac
2 ups, 1m,
1 reply
reply
SPatoine
0 ups, 1m,
1 reply
That whole communism argument is as stupid as saying he's going to take away all your guns.

Our house is burning down and you're saying we can't put water on it cuz that would destroy the carpets.
reply
TommyMac
2 ups, 1m
reply
Timber1972
3 ups, 1m
heh...
reply
[deleted]
1 up, 1m
Liberals be like, " um, um, ORANGE MAN BAD"
reply
Battl3bee
1 up, 1m,
1 reply
I would like biden/harris so we can not suffer for another 4 years
reply
Perspicacity
1 up, 1m
How exactly have you suffered for the last four years?
Show More Comments
Flip Settings
memes
gifs
other

Caption this Meme
Created with the Imgflip Meme Generator
EXTRA IMAGES ADDED: 1
IMAGE DESCRIPTION:
TIS BETTER TO KEEP YOUR MOUTH SHUT AND BE THOUGHT A FOOL; THEN TO PUT A BIDEN/HARRIS SIGN IN YOUR FRONT YARD AND REMOVE ALL DOUBT.
hotkeys: D = random, W = upvote, S = downvote, A = back
Feedback
<![endif]-->