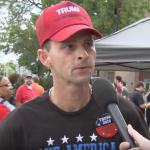 Correct: The Trump Inspired New Zealand shooter killed 51 people. El Paso 23. Pittsburgh synagogue 11. All of them more than can be attributed to every combined BLM and Antifa Protest, which is probably only around half a dozen or so, and all separate incidents. My point stands.

"2. Your correct because the world agrees with you, and the world is never, EVER wrong."

Hmmmmm, idk. Can you think of any instances where the entire world was wrong on something, but one country had it correct? I don't think you can. Always the opposite it seems. Also, chalking up the vast majority of the world's scientists, economists, moral philosophers, and career professionals to simply "The World" is a bit reductionist, don't you think?

Because they have been proven to work better for society time and time again. They've done the math. The science is there. These issues are at the forefront of American politics, politicized beyond belief, yet virtually aren't even a debate in most Modern countries. They've figured these things out already.

Meanwhile, in the US we're still debating whether or not we should allow Christian Crosses displayed by public schools, in a country whose constitution says the government can't endorse any religion.

Well yeah, because the Average American is an idiot who knows nothing about current politics or political history, especially Trump Supporters.

Great example is my own cousin. A Christian Evangelical Trump Supporter. She has a child with autism, and has no clue who Betsy Devos is. The private school billionaire bitch who Trump made Sec of Edu, who cuts funding to special needs kids for public schools, and denies them access to her own private schools. And that her brother is Eric Prince, another piece of scum, who started the Black Water a military(mercenary)contractor for the Iraq War. #TheBestPeople

ran out ofspacegoodenough..........
Bluessol
3 ups, 1y,
2 replies
Wow this guy is a truly pompous prick who believes he is mentally superior to most Americans. Probably another Canadian liberal obsessed with US politics.

It’s this simple. You are not exceptional, you are a conformist. Your only desire is to be like everybody else. You want so desperately to be part of the global hive mind you are willing to sell out your individualism and your country to become an accepted drone of the one world, single government, single thought movement. The brainwash is strong with you so it proves the weakness of your mind.
Eatthecake09
1 up, 1y
its true tho
Timberwolf814
1 up, 1y
I will say he is quite exceptional in his libtardedness lol
Col.Jack.Ripper
2 ups, 1y,
1 reply
Timberwolf814
1 up, 1y
LMAO
forthelols
1 up, 1y
HAHAHAHAHA, sorry but your number one is hilarious! "Trump inspired?!" HAHAHAHAHA!

The guy was a white supremacist! Trump has repeatedly condemned them, (like he did at Charlottesville). You must be a special kind of ignorant if you somehow take someone who he condemns and that pitch it as a Trump supporter.

Ignorance, it is one hell of a powerful drug, hahahaha
[deleted]
2 ups, 1y
You got a pair of nuts?
Registeel
0 ups, 1y
Eatthecake09
1 up, 1y
oh really, never saw anything about that now did i?
Hank_Rearden
1 up, 1y
In other words a rather typical whataboutism.
Eatthecake09
2 ups, 1y
"retarded trump supporters" keep society from crumbling from right under your pathetic feet
Maple_Husky
1 up, 1y
Aren't you quick to call names?
PRESIDENTELECTmusicman88240
1 up, 1y
O-who?
darko_yolo
1 up, 1y
I recognized him too. ;P
Someone still needs to look into that!
#Obamagate
Lol
JohnYak
0 ups, 1y
First guy in the video lol

Caption this Meme
Created with the Imgflip Meme Generator
IMAGE DESCRIPTION:
I'VE BEEN OUT ALL DAY PUTTING TRUMP STICKERS ON RIOTERS VEHICLES THEN SETTING BACK AND WATCHING THEM DESTROY EACH OTHERS CARS
hotkeys: D = random, W = upvote, S = downvote, A = back
Feedback