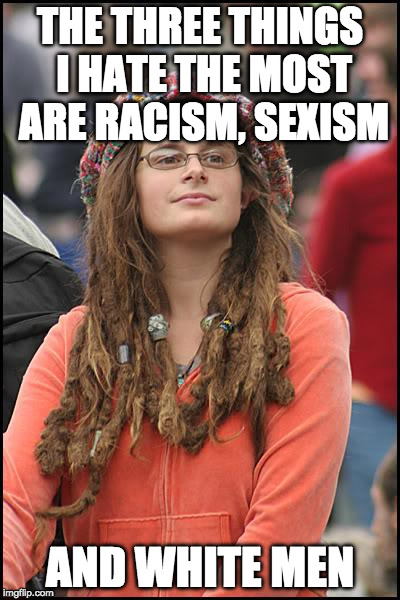 They also migrated to what is now Europe, introducing agriculture and language.
The Basque are the last remnants of pre-Aryan language in Europe,,,
The caste system of India is believed to have originated as a racist heirarchy with the native Dravidians at the bottom, and conquerer Aryans at the top, with different gradients of mixing of the two in between,,,
reply
[deleted]
3 ups, 3y
this article explains why there's such a discrepancy over the legitimacy of the "aryan" claims
http://www.oxfordscholarship.com/view/10.1093/0195137779.001.0001/acprof-9780195137774
also, new evidence has come to light recently suggesting the vedas were written thousands of years earlier than previously thought. this includes ground penetrating radar which has identified dried up rivers (inc. the saraswati) and river side settlements and also the discovery of man-made settlements buried under the ocean near present day Dwarka (Lord Krishna's city), research suggests this site dates back more than 12,000 years! :-D
reply
[deleted]
3 ups, 3y,
4 replies
The whole story was fabricated because the English couldn't accept that a bunch of "savages" had produced something so profound. it's the original fake news story :-p
reply
MatthewHuddle
9 ups, 3y,
3 replies
reply
[deleted]
7 ups, 3y
"of course, have my house...and my car..." :-p
reply
teirneywest
6 ups, 3y
reply
[deleted]
4 ups, 3y
reply
Modda
4 ups, 3y,
1 reply
ALL HAIL PUTIN THE GREAT!!!
reply
[deleted]
5 ups, 3y,
1 reply
:-p
reply
Modda
3 ups, 3y,
1 reply
reply
[deleted]
4 ups, 3y,
2 replies
[deleted]
4 ups, 3y
Modda
2 ups, 3y
reply
Modda
3 ups, 3y,
2 replies
I'm sorry, but with all due respect, the English did not make documented history up. There is an entire planet with a history that began before Elizebeth I.

Look up the etymology of "Iran",,,

If you talk to any Iranian or Indian or anyone from Central Asia, their Aryani origins is common knowledge. But by attempting to dismiss such, you would be doing so via the same arrogance and presumptian that the English use to dicatate their retrofitted version of history. (I am not saying that you are arrogant and whatnot, I'm just saying that some may view such a perspective as such).

Think about it, Aran/Iran's history started crumbling (thanks to Alexander) half a millenia BEFORE Angli, Saxones, and Jutes ever even knew there was water to cross to get to Britain.

What you are referring to is the Aryan European myth. There are no Aryans in Europe, save for the apparent ancestors of the Albanians whose language is closer to Persian plateau languages and Indian as well than with anything in Europe. Ask any old Albanian or Iranian about that, and they'll explain it to you. Also the pre-Celtic inhabitants of Ireland may have been ancient Iranians, but this is mainly supposed, with little more than legends to subtantiate.
Aryans invaded, conquered, and domesticated Europe, basically cavemen at the time. That much of the German/English narative is true. There was no farming or herding of any sort, no domesticated animals (or plants) other than dogs.

The Indo-European language you speak is a living example of that ancient history.
But bear in mind, just like I - born and raised in America - speak English does not mean I have English blood, the same goes for Europeans. Just because they were transformed culturally (including linguistically) by the Aryans does not make them Aryan. THAT misconception is the myth you refer to.
reply
Modda
2 ups, 3y,
1 reply
^ Elizabeth I*
reply
[deleted]
2 ups, 3y,
1 reply
"the Aryan European myth" yeah, that's what i was talking about
reply
Modda
2 ups, 3y,
2 replies
Sorry, again with all due respect, you were replying to this:

" The Aryani, or Noble Ones, were nomadic warriors that originated in what is now Khazakstan and part of Russia bordering it. They migrated into what is now India and Iran 3600 - 3800 years ago.
Aran, now called Iran, was the name one group of Aryani tribes, now Irani, gave their land.

They also migrated to what is now Europe, introducing agriculture and language.
The Basque are the last remnants of pre-Aryan language in Europe,,,
The caste system of India is believed to have originated as a racist heirarchy with the native Dravidians at the bottom, and conquerer Aryans at the top, with different gradients of mixing of the two in between,,, "

I assure you, my father's people do not need British permission to have a WRITTEN history that is millenia old, in fact, written when Europeans were still painting deer on cave walls,,,

It was this very lack of history that a country that came in to being in 1871 felt the need to steal the the heritage of others in order to give their bogus claims of superiority an aspect of credence.
Modda
2 ups, 3y
I referred to your comment,
Your reply to my reply was:

" The whole story was fabricated because the English couldn't accept that a bunch of "savages" had produced something so profound. it's the original fake news story :-p "

Like anyone, the English and German found it difficult to accept that others were more sophisticated than them. And also so long ago, that those civilizations had long crumbled into dust.
All peoples and cultures have some degree of arrogance and misguided feelings of superiority.

The sunken temples off the coast of India have not been found, save for some pottery shards, so dating them is impossible. Rising water levels, land subsidence, erosion - these are all possible factors in what caused them to disappear into the ocean, as legend has it. Mind you, the telling of said structures is by living people. No one speaks of anything 12,000 years ago. Time has long swallowed those stories,,,

" The Basque are the last remnants of pre-Aryan language in Europe,,,"
[deleted]
2 ups, 3y
i was referring to my opriginal comment, the creation of an aryan myth to explain the vedas.

also, don't the basques claim to be direct descendants of cro-magnon man?
reply
[deleted]
1 up, 3y,
1 reply
what else do you have on the Irish/Iranian thing? i've never heard this before but sounds interesint. oddly enough, in Galeic Ireland is called Eireann
reply
Modda
2 ups, 3y,
3 replies
It's just a rumor really. An Iranian told me.
There was another group that were there prior to the Irish, but nothing is known of them, not even their name.
Eire, all that, sounds like Aryan. But I looked up the etymolgy of that once and apparently the roots were something else, not Aryan,,,

He also told me about Albanians and Iran, and I've heard that from a few myself since, plus read an article on Indo-European languages that stated the relation of Albanian to the others,,,
reply
[deleted]
2 ups, 3y,
1 reply
never heard any of it before. i did see a doc on youtube recently about an iranian/iraqi woman whose dna matched up with people from Albania tho', i'll need to check into the irish stuff. the only thing we know/believe over here is that the british islands were filled with the druids but there's no real history of who they were or were they came from, or the picts (from scotland).

we do have a centuries old myth about an egyptian princess, daughter of akhenaten, who sailed to ireland tho' which is pretty cool ;-)
Modda
2 ups, 3y
I did a quick search and skimmed through these. Of course they probably have a biased slant, but still:

irandokht - Culture & History
www.irandokht.com/editorial/index4.php?area=org&section...
... is a firm interconnection between Iran and Ireland in the ... Iranian language, mythology and ancient...

Eire and the Aryan Connection - blogspot.com
celto-germanic.blogspot.com/2009/08/...aryan-connection.html
Aug 21, 2009 · Thus the ancient annals of Ireland accord most wonderfully with the teaching of ... or Iran/Eran. The...

Caption this Meme
Created with the Imgflip Meme Generator
IMAGE DESCRIPTION:
THE THREE THINGS I HATE THE MOST ARE RACISM, SEXISM; AND WHITE MEN
hotkeys: D = random, W = upvote, S = downvote, A = back
Feedback
<![endif]-->