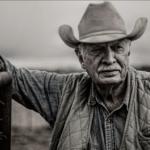 angelmc62
9 ups, 7y,
1 reply
swing4thefence
6 ups, 7y,
1 reply
CrippledButtermilk
4 ups, 7y
JohnBarker
9 ups, 7y
Ana_linjector_YesThatsMyName_322
7 ups, 7y
[deleted]
6 ups, 7y,
3 replies
Peccy
7 ups, 7y,
1 reply
BlackATTACK
2 ups, 7y
LMAO!
TH3_H4CK3R
2 ups, 7y,
1 reply
BlackATTACK
2 ups, 7y
LMFAOOOOO!! Even funnier.
reallyitsjohn
2 ups, 7y,
1 reply
True that, but you are a legend in your own hand. :)
onagerfist
1 up, 7y
Looooool
TH3_H4CK3R
6 ups, 7y,
2 replies
Lynch1979
7 ups, 7y,
1 reply
For some reason the Farmers only song ran through my head when I seen this LOL!
reallyitsjohn
1 up, 7y
BlackATTACK
2 ups, 7y
BlackATTACK
5 ups, 7y
MoonKnight
3 ups, 7y
Peccy
3 ups, 7y
[image deleted]
johnbgood52
2 ups, 7y
Does anybody even play Farmville anymore?
Hayata-1
1 up, 7y
Or sheep
DaTux91
0 ups, 7y,
1 reply
I agree there needs to be nuance, especially (as always) about the difference between correlation and causality and the direction of causality (would naturally violent people not be more likely to play violent videogames?). However, complete denial of any possible influence is also naive and harmful tunnelvision. Just like being exposed to (and having positive experiences with) a certain religion makes the step to participating in that particular religion smaller, I don't see why a similar kind of effect can't be created by videogames. Especially in the minds of young people, where the default patterns in the brain are still forming and very much influentiable.

Purely from a biological or even physical point of view (if you know a bit about how the brain works and basic electrostatics) it stands to reason there would be an effect. It's naive and indicative of (looming) addiction to categorically dismiss this. However, it's equally naive, and possibly indicative of psychological immaturity, to jump to the conclusion games always and only have a negative effect.

I would expect games to have a bigger impact than e.g. films, but their relative impacts are meaningless without a sense of absolute scale. The impact could be 100 times bigger than that of films, but if the impact of films is utterly negligible there should be no cause for concern at all. As long as there are a measure of proportion in the gaming and a sensible relation between the age and the games being played, my personal feeling is that the impact would still be very small as compared to several other factors.
BlackATTACK
0 ups, 7y,
1 reply
REALLY?? I'm sleepy now. Thanks a ton!
XD
DaTux91
1 up, 7y
Anytime. ;)
MightyDragonofAwe
2 ups, 7y,
4 replies
Actually, by your logic, people on facebook would have to actively participate in a farming simulator, or have watched people farming over and over again and enjoyed it, in order for them to feel a compulsion (or if they were opposed to it, desensitization) to become a farmer, because it was fun to watch it happen and/or to do it virtually.

I have to say I have to believe there could be some truth to the statement that video games cause people to kill, except I don't think they cause people to kill, people do it all the time anyways, but after watching people be killed virtually, not matter how unrealistic it is, (to an extent, watching 2D guys being killed is a little different) it causes a change in young people especially. Now i've played plenty of killing games, and i;m not out murdering people, but by the time I did start playing them, I was already rooted firmly in the belief that murder is wrong, besides the fact I didn't play them obsessively (I played with a friend) like other people do, and it didn't effect me very much.

But when people let their young children, or children, play those games, without a guiding hand to at least tell them it's wrong, in neutral people it will just desensitize them to watching people die, which is bad enough, but in certain people, it could push them just that far and activate something. I know it sounds far-fetched, cause video game death and real death are pretty different, but, think about it.
Peccy
23 ups, 7y,
6 replies
[deleted]
13 ups, 7y
swing4thefence
10 ups, 7y,
1 reply
TruckNutz
5 ups, 7y
MightyDragonofAwe
9 ups, 7y
reallyitsjohn
3 ups, 7y,
1 reply
Sir, If you understood how the hypotenuse of the humor glands and excreted endorphins required to to sustain such deliberate and universal qualities as to elevate the the finality of prestidigitation, the supercalifragilisticexpealidociousness of you situation would not be in question. :)
Peccy
2 ups, 7y
ROFL!
angelmc62
3 ups, 7y
hilarious!
DaTux91
1 up, 7y
I appreciate the sentiment, but having a sense of humour and having an interest in exploring certain topics are not mutually exclusive ;)
Inferno390
6 ups, 7y
CrippledButtermilk
4 ups, 7y
[image deleted]
daniel_teten
2 ups, 7y
holy crap dude
Show More Comments
Flip Settings

Caption this Meme
Created with the Imgflip Meme Generator
IMAGE DESCRIPTION:
IF VIDEO GAMES CAUSE PEOPLE TO KILL; THEN BY THAT LOGIC, THE MAJORITY OF FACEBOOK USERS WOULD BE FARMERS
hotkeys: D = random, W = upvote, S = downvote, A = back
Feedback