I’m not holding my breath... 7,256 views • 94 upvotes • Made by RWT 4 months ago in politics
clint eastwoodoj simpsonfaucicovid 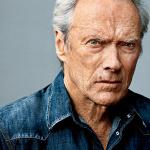 Upvote! Anything with a Clint Eastwood template gets my upvote!
EyewitlessNews
3 ups, 4m,
2 replies

Upvoting the OP RWT meme above and also upvoting your upvote!

Washington Post, Buzzfeed News and CNN accessed over 3,000 pages of emails, between January and June 2020. Documents show how the top US expert handled the pandemic.

Earlier in January 2020, the director of US’ largest biomedical research facility wrote Fauci suggesting the “unusual features” of the virus may indicate it is “engineered”. It prompted Fauci to say he will reach out through a phone call.

During a Senate hearing on the lab leak theory Monday, Fauci defended Chinese scientists at the Wuhan Institute of Virology, saying there is no guarantee that they have lied about conducting “gain-of-function” research.

Gain of function research entails altering a virus in a way that increases pathogenesis, transmissibility, or host range.

---
However, an analysis by BBC points out that Fauci backtracked on health guidance at times.

Your claim.
Your burden of proof.
That's how it works.

And the only one not providing evidence is you, child, as it was you making the unfounded claim.
Heck, you vouched for what I said the following day about the vaccine and symptoms.
Battl3bee
0 ups, 4m,
3 replies
you = almost every trump supporter

https://www.nature.com/articles/d41586-021-00865-8
The world health organization says it most likely originated from consumed animals

https://www.cidrap.umn.edu/news-perspective/2020/05/scientists-exactly-zero-evidence-covid-19-came-lab
scientists said there is no evidence it originated from a lab

https://abcnews.go.com/Health/wireStory/explainer-us-investigation-covid-19-origins-78166841
again, many scientists (including fauci) said there it most likely originated from, consumed animals.
Modda
2 ups, 4m,
1 reply
You have a bad habit of making stuff up that is so amazingly confused and hypocritical, one can't help but wonder if you proceed from some limiting intellectual debilitation or are simply trolling - the latter which I highly doubt, as your utterly befuddled schtick is just too earnestly sincere.

A little application of logic, shall we?
Q: Why would I ask for links if I don't do links?
Q: Why aren't you quotting me instead of pulling stuff out of your contorted imagination?
Q: Why are you try to con me with stuff you pulled out of your contorted imagination as if I can't recall that I did not say what I did not say? (PRO TIP: It's all still here for anyone's perusal)
Q: Why do you insist on framing everything in partisan, as if the truth picked 'sides'?
Q: Why can't you read?

As for research - yes, child, do some.
And try to make it more up to date, as June 4, 2020 is so one year ago.
Battl3bee
0 ups, 4m
A: you asked for evidence covid did not originate in a wuhan lab
A: Why tf should I quote you instead of doing real research?
A: I'm not conning you, those are facts. But you can't stand facts in front of your face nor can you stand researching so, therefore you do not belong i politics.
A: I never did that.
A: Says the person who misspelled quoting.

HYPOCRICY LEVELS EXTREMELY HIGH
Modda
0 ups, 4m,
1 reply
Oh, noes, the partisan hack of a posturing confused Libegrrrrrrrrrral having an extended hissy fit about its own uninformed confetti propaganda who doesn't know what capital letters are caught me with a double "t" typo [averts head and squeezes out a tear in Meryl Streep]
How will I ever make it through the night?

You haven't shown evidence nor even attempted to because you have none to provide, hence your reliance on links for stale theorizing based on outdated info regarding a disease of which nothing had been known prior to its sudden appearance.

When you come upon definitive facts timestamped June 2021, you feel free to let me know, k?
Battl3bee
0 ups, 3m
I literally just sent you 3 sources you intolerant dumbf**k
Modda
1 up, 4m,
1 reply
I do? I'm sure they'd love to hear that, fond of me as they are.

I don't do links, child, not for those too lazy to be arsed to do their own work and certainly not for articles from 2020 about theories based on opinion rendered irrelevant over the course of a year as the origin to date has yet to be found. By anyone outside of China, that it.

Fun fact, I had joked the source was pangolin p**is tea early last year when they were talking bats. Feel free to contact your sources so they can properly credit me.
Battl3bee
0 ups, 4m
you: send links!
also you: I don't do links!
links are your research. without research, your claims mean nothing.
thenukeman123
3 ups, 4m,
1 reply
No you are not being attacked you are delusional and emotional. Here is your actual first statement. The origin is not from a lab in wuhan. I actually used a fact based approach and stated I did not know. However there is evidence due to flu like illnesses in 2019. Did I attack you? No, Did I say you were wrong? No, Now I am pointing out your error and your last statement is delusional, emotional and wrong.
Battl3bee
1 up, 4m
You don't get what I mean, do you?
OlympianProduct M
1 up, 4m,
2 replies
Is this really what people are wasting their time with? Everyone ought to provide their sources, not argue over who has burden of proof. That goes for both sides.
Abby_Normal
1 up, 4m
Right? Better yet, remember that it's a meme site. I'm here to make my fellow conservatives laugh, usually at the expense of liberals. I'm not here to win a court case or get my doctorial thesis published.

If you don't like what I say, just call me a dickhead or an asshole, don't ask for proof that Conan the Barbarian's wheel of sorrow will soon be a source of green energy. SMH.

Here's another one, same topic. Got unfeatured, naturally!

Finally, you're being honest about your intellectual laziness.
Battl3bee
0 ups, 3m
you don't understand what i said..
Show More Comments
Flip Settings