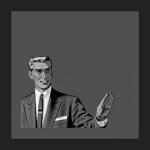 Caption this Meme
Best first
Latest first
Oldest first
18 Comments
flamingcheeto
8 ups, 2y
Trump didn't even do a fraction of the sh*t this guy is pulling..
Bluessol
7 ups, 2y,
1 reply
These aren’t liberals. These are leftists. Liberals have just shut up and go along with it in fear.
[deleted]
5 ups, 2y
The loudest of them are the ones who decide what direction the ideology goes. The rest just gobble it up and are too afraid to say no, until the snake bites its own tail.
Fauscovai
1 up, 2y
I mean, why they didn't moved to Cuba the first year when Trump got elected beats me! They would have had it all there without having to endure 4 years of Trump.
WayneUrso
1 up, 2y
Seal of Approval - Upvoted!
Fat_Elvis
1 up, 2y Nice meme!
BigPapaSmurf
0 ups, 2y
Well at least Biden doesn't do press conferences in front of a helicopter
Slobama
1 up, 2y
--The White House was already barricaded in by Trump

--Congress now probably has to be, thanks to that MAGA mob -- domestic terrorism and escalating death threats by 2A proponents can do that

--Biden is sending a ton of experts to do media. He's stepping back as he's a good delegator. In totality, this approach to media relations is actually much more transparent than Trump who made the show all about him and lied through his teeth whenever he gave pressers. What conservatives praised as Trump's "transparency" was actually a radical one-man attempt to re-define reality, and most of you bought it hook, line, and sinker.

--The MSM is praising Biden because he's going good stuff and isn't a psychopath; of course, the hate for Biden from alt-rightie media is equal and opposite.

Caption this Meme
Created with the Imgflip Meme Generator
IMAGE DESCRIPTION:
BIDEN PUTS UP A PERMANENT WALL AROUND D.C, FILLS IT WITH SOLDIERS, PASSES 40 EXEC ORDERS, REFUSES TO TAKE QUESTIONS, MEDIA PRAISES EVERYTHING HE DOES; LIBERALS MUST BE IN HEAVEN. EVERYTHING THEY EVER WANTED IN A PRESIDENT.
hotkeys: D = random, W = upvote, S = downvote, A = back
Feedback