They Want Us To Abolish Ice? Did I muddle the issues enough! ????
reply
TrueAmericanPatriot
4 ups, 2y 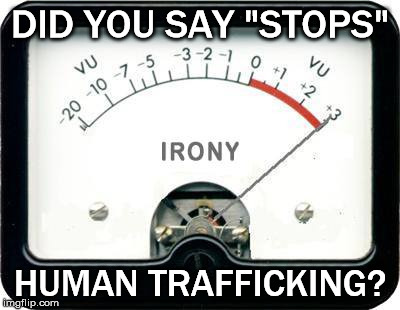 reply
[deleted]
3 ups, 2y,
1 reply
These sheeple are getting potato stupid
reply
[deleted]
2 ups, 2y,
1 reply
reply
[deleted]
5 ups, 2y
Just saw a video of a news report on the web of "left wing" people protesting ICE as they raided a house. It was a pretty big crowd considering they were just in some random neighborhood. Turns out ICE was busting a child sex trafficking couple, but hey, f**k ICE amirite? I wonder if those people would have still protested if they'd have known that.

Just a bunch of sheeple getting herded towards whatever the media tells them to.
reply
gulfranger
4 ups, 2y
reply
7.ups
3 ups, 2y
The face you make when clueless people protest
reply
sweetP
3 ups, 2y
Abolish it, I want to join it. Have they lost their minds?
reply
Manhattan
5 ups, 2y,
4 replies
reply
Natalie_vance
7 ups, 2y,
1 reply
4 comments out of 11 are from you.
Triggered loser. Hahaha
reply
[deleted]
5 ups, 2y,
1 reply
reply
Natalie_vance
6 ups, 2y,
3 replies
>I never said having an opinion makes someone triggered
>posting multiple memes to basically yourself is triggered
>work on you reading comprehension skills
reply
[deleted]
4 ups, 2y,
3 replies
libtards like to insert words into other peoples mouths and they don't have reading comprehension skills. They read what their media masters tell them to see.

I'm playing with one on another thread, it's hilarious. He can't stop doing exactly those two things you pointed out.
reply
[deleted]
8 ups, 2y,
2 replies
reply
[deleted]
5 ups, 2y
Rofl!
reply
Modda
4 ups, 2y
BWAHAHAHAHAHA!!!
reply
Natalie_vance
3 ups, 2y
reply
[deleted]
0 ups, 2y
Ad-hominems and logical fallacies THUMBS UP!! and all she posted was Ad-hominems and logical fallacies..Just like you..you two related? lol
reply
Modda
4 ups, 2y
reply
[deleted]
1 up, 2y
And now you are deflecting good job..Logical fallacies are the best huh..
reply
Sir_David
1 up, 2y,
1 reply
I don't remember the meme, but someone made a meme compiling some of the mass shooters who was reported to law enforcement.
I am not sure how the system works, I mean which branch vital info like that goes to. But it should have went on a FBI watch list or something. The individual should have been forbidden to own/purchase gun.
They was forewarned in nearly every recent mass shooting. Forewarned IS forearmed but only if you act on the info you have. If you do nothing, well that warning does no good.

Don't get me wrong, I still have respect for the FBI. Just not nearly as much as I once did. I guess I had false expectations. I used to want to join the FBI.

ICE is doing their job as far as I am concerned. If people wants to protest children being separated from their parents, let them protest divorces. Divorce rates are through the roof and children are being separated by courts all the time.
reply
Manhattan
3 ups, 2y,
1 reply
reply
Sir_David
2 ups, 2y,
1 reply
I did not know the issue was about kidnapping. I thought the protesters was about children being separated from their parents.
But if the word we are going to be using is kidnapping, then I accuse divorce courts of doing the same thing.
Of course it really isn't the courts fault. It is the parents fault.
Just like it really isn't ICE's fault. It is the criminal parents fault.
But still children are being separated from either their father or mother or both.

Laonsite, I thought you would have understood my comparison.
reply
Manhattan
1 up, 2y,
1 reply
ffs..... in a divorce the kids STILL SEE THEIR PARENTS ARE ALWAYS WITH ONE OF THEM...... jhc
reply
Sir_David
2 ups, 2y
I haven't been following this issue on the news. But what little I saw said people were protesting children being separated from their parents. Not kidnapping.
Kidnapping is a crime.
Separating can be done legally in bad situations.
They are two very different words, the end result may be the same but the action taken is different.