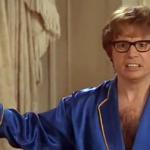 Caption this Meme
Best first
Latest first
Oldest first
39 Comments
[deleted]
4 ups, 4y,
1 reply
You have to look at the causes of homelessness to understand.

If you're a dietician, visit some of the soup kitchens in your area. Volunteer to help and watch the people and what they eat. Being a dietician will help you understand the nutritional value of the food that's offered and if you talk with the people that go through the line, you'll realize a few things. First is over-eating, because they never know when or where their next meal will come from. Second is that the food available to them often contains "empty Calories". Third is the amount of salt in the food even before they add it to the food. (any idea how much salt you take in on an average day? the average need is 3/4 of a teaspoon a day. [1500 mg] the average person, homeless or not, takes in an average of 3400 mg, mostly from processed foods)

A lot of the faults you see are listed in Maslows hierarchy of needs. Health issues, like obesity and smoking (and the unsaid drugs and alcohol) do not even come into play until the second tier. Even shelter, which is on the first tier, is towards the bottom of that list, behind Air, water, and food. Sleep and clothing are ahead of shelter even. The dog, is an attempt to move to a higher tier, the third, and social belonging. A dog doesn't judge you like people. Lock a dog in the trunk of a car, then let him out after 5 minutes, and he's happy. Lock you wife in the trunk of a car and see how she treats you after 5 minutes.

Tattoos? Many of them are "homemade". If you see a homeless person covered in tattoos, it doesn't mean they spend every penny on them. It means that at one time, they had some prosperity going for them and could afford to have them done professionally. Also, any number of homeless people you see with tatts most likely got them while they were serving in the military.
[deleted]
1 up, 4y,
2 replies
You can rationalize the "homelessness" any way you want but my experience has shown me that the "homeless" (and you will please notice that the word is in quotation marks!) is explained in three relatively easy catagories: 1) there are the mentally challenged people in a city or town that the public works department pushes out into the streets (as they did in S. California) 2) people who have fallen on tough times and are struggling to do better (not spending what they get panhandling on tattoos and buying cigarettes) 3) then there are the people are living a LIFESTYLE OF CHOICE (where I live and those I have PERSONALLY come in contact with are living life "large" and do not want to improve themselves. In sum; the first two groups need and can get help through public services, the latter group cares not to, and are taking these very services away from those first mentioned individuals.
[deleted]
3 ups, 4y,
2 replies
Ive only come across two of those groups in my 60 years on this earth. I can't say I've ever heard of anyone actially choosing that lifestyle. I have come across those that weren't homeless but claimed they were, and made a decent living panhandling.
[deleted]
3 ups, 4y,
2 replies
All I can add is that you have been lucky to have not encountered those who make that choice....perhaps if you had you would have my "point of view" on the subject!
SukaMadik
3 ups, 4y [deleted]
2 ups, 4y,
1 reply
I just file it under mental illness. I've known more than my share of people like that that did everything short of panhandling (hitting up relatives, instead) but if a person's thinkin' is stinkin', that's all I can do.
[deleted]
2 ups, 4y
Sound about right!
MamaTriedRob
2 ups, 4y
I have been homeless for 2 1/2 years, because I returned to my hometown from out of state (where I would NOT have been homeless had I stayed) to take care of my disabled mother, but was informed by the manager that I couldn't even stay there ONE NIGHT!

There is a homeless shelter that is open from November to April where I stayed, and slept in the car during the rest of the year. I have had the same job this entire time, and saved enough to buy a house that Mom and I can live in together (closing on Thursday).

I HAVE seen people who choose the homeless life. They know how to play the system.
reallyitsjohn
0 ups, 4y,
1 reply
Your 3 categories prove your relative lack of knowledge as to causes. Take it from someone who a year ago learned all about the issue, and not by choice. While there are some that game the system, or are suffering from mental illness, there are just as many who as I was, shocked, to find themselves in that position. Single parents are extremely vulnerable if the non-custodial parent does not participate financially. Medical issues, doctor's bills and medicine costs have put many older people on the streets. Rental laws in most states allow a landlord to lock you out by the 28th of the month if you missed your rent on the 1st. Every state has a waiting list for housing assistance. Its great if you can get it, but it takes about a year IF your state will even accept your application. Some states the list is to long to add to. There were no organizations that I could find that help keep people in a home, for me 5-600.00 and I could have probably pulled it out. There are plenty of organizations willing to refer you. They all have the same list of numbers, and all those numbers either don't work, are full, or waiting for next year's budget by April. Thankfully I had a family member willing to help me get across country and take me in, its still a struggle but life is a lot better. I was lucky, I had family, many do not. Don't always judge by what you see, many don't look that bad off, because not too long ago they were like you. Visit a shelter, volunteer for at a food bank distribution or feeding event. I think you would come to see things differently.
[deleted]
1 up, 4y,
2 replies
Thank you for your personal story. The point of contention here is not how a person becomes "homeless" because I am sure that there are as many reasons as there are individuals in the "homeless" situation. If you looked and understood the meme and my response(s) you might notice that I did not blame anyone for their "homeless" situation but rather point out that many are content to stay that way because they are not motivated to change their condition. You, no doubt, were motivated to not be "homeless" and therefore you are "the literal other side of the coin".
reallyitsjohn
2 ups, 4y
I get what you're saying, the point is what you see on the surface doesn't always tell the whole story. That was my point. It can happen when you don't expect it. The superficial things don't always tell the whole story. I appreciate you taking the time to read that.
BlueNinja1
0 ups, 4y
So criticizing people for not being able to raise themselves up from homelessness, no matter what their reason is. I really don't know how many free-wheeling hobos there are out there living large under the stars by choice, but I've never met one that didn't have some sort of ailment, whether it be mental illness, addiction or physical disease or impairment.
[deleted]
4 ups, 4y
:)
synthetic-Mantis
4 ups, 4y,
2 replies
Because that's all they can afford.
BlueNinja1
2 ups, 4y,
1 reply
This is one of the dumbest memes I've seen on this site, and that says a lot...
synthetic-Mantis
1 up, 4y
Tell me about it.
PaterDOGE
1 up, 4y,
3 replies
They could use that money and save up to buy a home—but I guess its their choice, as long as they don't make it look like it wasn't their fault they don't have a home.
synthetic-Mantis
3 ups, 4y,
1 reply
Do you know how much a home costs compared to tattoos and food?
PaterDOGE
1 up, 4y,
2 replies
I didn't say "all in one day."
synthetic-Mantis
4 ups, 4y
Neither did I.
BlueNinja1
0 ups, 4y
In some cities, up to 75% of the homeless are mentally ill. Who's going to sell a house to them? And are you talking about them saving up for a down payment (which is stupid because how are they going to get a loan with no job) or are they saving up their spare change donations for the cash price on a house? How long is that going to take?
SukaMadik
1 up, 4y
BlueNinja1
0 ups, 4y,
1 reply
There are 5000 homeless veterans on the streets of Los Angeles right now. I guarantee you, they got their tattoos back when they were fighting for your flag, your country, and your right to disparage them with ridiculous memes.
PaterDOGE
0 ups, 4y,
1 reply
True, I shouldn't generalize. But plenty of homeless people could easily get a job and start working (again, excepting physically and [truly] mentally disabled folks).
BlueNinja1
0 ups, 4y,
1 reply
Employers are so picky today, people with homes and degrees are having a hard time finding jobs. Competition is fierce nowadays. I don't think it's as easy as you're making it sound. I mean for one thing you need a phone and access to email. Homeless people have a hard time with that part of it.
PaterDOGE
0 ups, 4y
In America, I thought they couldn't be picky—wasn't there a law passed so one couldn't discriminate by gender or ethical race when giving jobs or services? I suppose the latter is true, though, they still could get a job, even if you have to walk to it. ANYBODY can build up if they work at it—again, excepting the disabled.
liarspew
3 ups, 4y,
1 reply
when i was homeless i made about $200 a day. prob is it all gets spent
SpiritualFox
4 ups, 4y
Sm3llyMul3
3 ups, 4y,
1 reply
Those things tend to be cheaper than a home...
[deleted]
2 ups, 4y
I guess "easy come - easy go" .................
7.ups
2 ups, 4y
ToneDef
1 up, 4y
Cxmplicated
1 up, 4y,
1 reply
When you don't eat enough food you actually get fatter....

(LOOK IT UP)
ToneDef
0 ups, 4y,
1 reply
Cxmplicated
1 up, 4y
I don't know if I should laugh, or be sad.
JorgeSoto1
0 ups, 4y,
1 reply
illuminati
[deleted]
1 up, 4y
No, I don't think the people being discussed belong to that stratum of humanity!
Ricky_out_loud
0 ups, 4y
Trayoz
0 ups, 4y
Where's the memes there was only 3 this whole time until this one now only 4
Show More Comments
Flip Settings

Caption this Meme
Created with the Imgflip Meme Generator
IMAGE DESCRIPTION:
HOW DO THESE "HOMELESS" PEOPLE; MANAGE TO BE FAT, SMOKE, HAVE A DOG, AND PAY FOR TATTOOS ?
hotkeys: D = random, W = upvote, S = downvote, A = back
Feedback