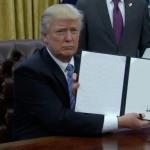 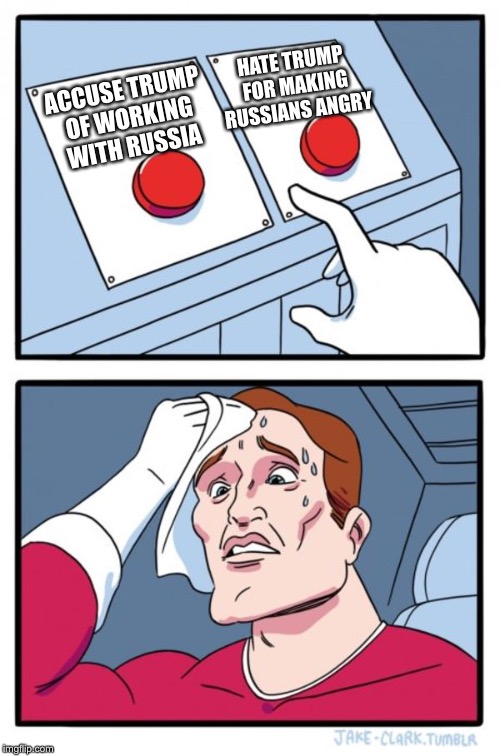 reply
JakkFrost
15 ups, 3y,
1 reply
Upvoted :)
reply
[deleted]
3 ups, 3y
:)
reply
Tijuana_Slim
12 ups, 3y
It's been this way since day one... no matter which side of an issue Trump comes down on (and lets be honest some times he's been on, or appeared to be on Both sides of some things) the Media/Left will always spin it to fit the narratives that he is either actively trying to ruin the country (whether for his own greed or because he's being manipulated... or that his is too stupid to do anything right

Caption this Meme
Created with the Imgflip Meme Generator
IMAGE DESCRIPTION:
PLEASE MAKE UP YOUR MINDS, LIBERALS! NOW YOU DON'T LIKE ME GETTING TOUGH ON RUSSIA
hotkeys: D = random, W = upvote, S = downvote, A = back
Feedback
<![endif]-->