tell me again about islam 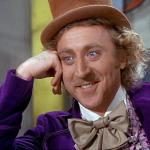 - To ease relations with the people of Lybia, recently added to Italian Empire, Mussolini proclaimed himself "Defender of Islam". in 1937 or so.

With this, I'm not saying that these two guys were Muslims, nor that their evil made them have those inclinations towards Islam, because they saw potential for their machinations in that religion. That's ridiculous, but saying that their actions had a root on Christian belifes, like you're implying, is much more.
isayisay
1 up, 4y
Exactly my views! Religion is just another means for the politicians to achieve their selfish ends.
Carlos_the_Mad
2 ups, 4y,
1 reply
Also, i comprehend your call for "hitler", since he has, unanimouslly, a sort of "Anti-Christ" status (pun intended), but what about Mussolini, the guy is nothing on Stalin or Mao, the former, an atheist, and the latter, well, i guess a "non-aligned" believer, if that makes sense.
[deleted]
2 ups, 4y,
2 replies
The only thing that makes sense to me is this… https://imgflip.com/i/1s6b3o ;)
Carlos_the_Mad
3 ups, 4y,
2 replies
btw, i'm hoping that this "YusufBaig" guy answers me, i din't write all that stuff to be ignored.
Although i should quit the idea, since he's most likely those guys that come here to cry over "offensive" memes and think that posting short comments like that has a lot of merit. Probably a liberal sophist, who falls for the narrative of «the crusades were orchestrated by evil christians to take off the land of innocent muslims», or the classical «europeans stole land from the natives»
CalebWachter
2 ups, 4y
Drive-by hits of the one-liner variety have been largely taken over by Centrist/Right Wing thinkers, who employ satire, humor, evidence, and reason to create eye-catching and resonant memes. The far Left has no path to meeting this new standard because, frankly, their core arguments are generally emotional (or, at the very least, utopian) and so they don't hold up to scrutiny.

It's like all those horrifying war photos from Vietnam and other conflicts, showing civilans and children being ravaged by the horrors of war. They don't show facts about the situation, or make comments to flesh out the situation. They just show some disfigured child, woman, elderly person, etc.. which, if the viewer has any kind of basic human decency, evokes an extremely powerful emotional response. We've all got kids, olds, and loved ones whose faces we can paste over those in the pictures; none of us wants that to happen to them.

It's been fully fifty years of media doing *literally nothing* but providing such heart-wrenching imagery in order to steer public opinion. And hey, who can blame them for sticking with a tried-and-true formula? But memers have improved on the method dramatically.

The next era of opinion manipulation, however long it lasts, belongs to them.
A_fellow_meme_farmer
1 up, 4y,
1 reply
Well then, how would you characterize the Crusades?
Carlos_the_Mad
1 up, 4y,
1 reply
I would characterize them as a series of military entrepreneurships by several European states and religious orders that ultimately ought to retake Jerusalem from Muslim control and convert it to Christianity (Jerusalem itself being the core of Christianity, the Holy City*).

Unlike marxists, I do not see the Crusades as somehow of a "prelude" to the global expansion of the 1400's/1500's (you know, Portugal and Spain seafaring activities and respective empires), with the Middle East being a "lab stage" to colonization (**).
Also, "Muslisms = good" and "Christians = bad" is not correct; by the time of the First Crusade (1095-1099), half of the Iberian Peninsula was under Muslim rule. The Seljuk Turks (Sunni), the same ones who held Jerusalem, were also imposing a great threat to the Christian (Orthodox, nevertheless) Bizantine Empire, the "stronghold" of Christendom in the East.

Here's my answer, be free to refute it, now the footnotes:

*Jerusalem was indeed the Holy City for Christians, but the same for Jews and Muslims.

** Although it should be said that what the Crusaders did in the East Mediterranean islands served as an inspiration to the Portuguese in the colonization of Madeira and the Spanish in the Canary Islands - they established sugarcane plantations (the most rentable form of using the land, being sugar a really valuabe expenditure) just like the Arabs had done in Cyprus, for example, which then came into the Crusaders hands, allowing them to bring the product to Europe.
This is more of a curiosity, though
A_fellow_meme_farmer
1 up, 4y,
1 reply
Your characterization of the Crusades is essentially correct, but at the end of the day, I don't see how they were anything but evil in their actions. The war fought to retake Jerusalem went above and beyond a simply geopolitical campaign in it's brutality, even for its time. When the Crusaders took Jerusalem, they proceed to massacre the Jewish and Muslim populations en masse, as well as most of the Eastern Orthodox Christians (though most of them had fled the city before the city fell.) Almost every non-Catholic to be found in the city was either killed or captured for ransom. They bragged that, "the streets ran with blood up to their ankles" and that the dead were so numerous, that they could be stacked into piles and burned without wood being needed for a pyre. The main reason for this was that it was thought by many Christians at the time that the second coming of Christ would not occur until the Holy City had been purged of all infidels. Other conquered cities faced the same fate, leaving the city littered with thousands of dead men, women and children. And these Crusades in the Middle East weren't all; at time of the first Crusade, for example, there was a campaign lead by a number of various clergymen to eradicate the Jews, who were massacred by the hundreds in many of Europe's largest cities. Many later Crusades singled out other groups for slaughter, such as Eastern Orthodox Christians when the Crusaders conquered Byzantium, or Cathars during the Cathar Crusade, which culminated in a movement to eradicate the homosexual population as well. But all these other atrocities aside, The (first) Crusades did in fact endeavor to take the Holy land from innocent Muslims, as well as Jews an other non-Catholics; the fact that the city of Jerusalem was conquered by Muslims first has no baring on the fact that the Crusaders indiscriminately killed nearly a million innocent Muslim men, women, and children who had little of nothing to do with the Caliphate's earlier conquest of the city.
Carlos_the_Mad
1 up, 4y,
1 reply
Hi, thank you a lot for your reply, it's actually really nice to see people like you who can hold a discussion to such a high level, especially when it comes down to these themes which usually generate some of the most (if not THE MOST) classless debates on the Internet.

I tried to be as impartial as possible in my brief characterization. I tried to be as neutral as possible and trying to open the heads of those who are only aware of one side of the story, and dismiss the urge for a Crusade in its historical circumstances, only accounting the victims and forgetting the many ideological, geopolitical and religious reasons that were behind it and surely should be studied and understood (different from accepting them as valid in our time, of course).

However, while trying to discredit those who, in a Manichaean way put Christians versus Muslims, I ended up using the very same blocs in my analysis, without realising that I was omitting by a large part the bases of the population, the majority of those religious groups, while referring only to the warlords and clergymen (the elites, to whom historians usually tend their attention and critic to).

It wasn’t actually correct; and like you just said, the vast majority of the Muslims killed were innocent, alienated from everything that was behind. Period. I was mistaken in just ignoring those human expenses, but still think that the approach led by many on the subject of the Crusades, judging it exclusively it by modern standards is wrong. So, while this was actually a lot of morally-bad Christians perpetrators killing innocent muslims, I'm not very fond of putting this in big collectives, especially when if it fits one's political interests thinking that the roles of bad-guy and good-guy haven't changed.

Also, while what you’ve written is actually very well put (and it surely hit me by surprise, since I was expecting an authoritarian and patronising response with zero factual arguments, like I said in the beginning of the text), had a lot in-depth, I’d just like to clarify that the "the streets ran with blood up to their ankles" thing has already been disproven by studies and calculations, and was most likely a hyperbole on part of the (anonymous) author (these words cited are from the chronicle “Gesta Francorum”, by the way”).
A_fellow_meme_farmer
1 up, 4y
Thank you very much for your reply, and your compliment to my capacity for "high level discussion." The last time I tried to have a discussion, it was on a meme about how Blacks are free in modern American society, while many of the cultures in Africa that sold prisoners of war into Europe's slave trade in the first place still practice slavery to this day. I simply asked him what his point was, and he responded with something along the lines of "You're a liberal, aren't you?" Not a great way to start a discussion. I then proceeded to waste my breath explaining that I didn't see the relevance of his question, and that I don't even think of conservatism and liberalism in terms of "right or wrong" or "left vs right," but rather as a set of political theories that each have their own appropriate time and place for application. Apparently that was still too "liberal" for him.

As for the Crusades, I agree that trying to compare a medieval holy war to modern standards is problematic and not especially relevant; I mostly just argue for how bad the Crusades were when people try to justify them by modern standards, or go so far as to claim that there should be another one.

Also, I do understand that the claim regarding ankle-deep blood is an exaggeration. My main reason for citing it is to exemplify how deliberately genocidal they were being. Normally, it is the enemy that exaggerates civilian casualties for propagandist reasons, while for the Crusaders, it was the other way around; their Muslim enemies recorded a much more accurate representation of what happened, whereas the attackers were the ones who tried to exaggerate the number of people they killed. It wasn't just Medieval people being Medieval, it was a very deliberate attempt to kill as many innocent Muslims, Jews, etc... as possible, something they intended even to glorify. After all, as far as the Crusaders were concerned, there was no such thing as an "innocent Muslim."

Caption this Meme
Created with the Imgflip Meme Generator
IMAGE DESCRIPTION:
SO YOU SAY CHRISTIANITY IS OPPRESSIVE; TELL ME AGAIN ABOUT THIS ISLAM THAT YOU'RE SO FOND OF
hotkeys: D = random, W = upvote, S = downvote, A = back
Feedback