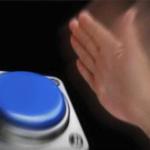 Caption this Meme
Created with the Imgflip Meme Generator
IMAGE DESCRIPTION:
IF THIS MEME GETS 10 UPVOTES IN; 2 DAYS, I'LL ASK MY CRUSH OUT ON A DATE.
hotkeys: D = random, W = upvote, S = downvote, A = back
Feedback