5,767 views • 106 upvotes • Made by ShaunHoldaway 2 years ago in politics
memesblank starter pack 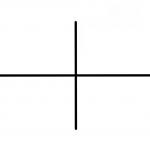 Caption this Meme
Best first
Latest first
Oldest first
91 Comments
_ForTheLulz
4 ups, 2y,
1 reply
I love this meme because it is clearly bait to draw out all of the filthy Commies. Now only if we had a president like Reagan that can call them out as the traitors to this country. Should have won this war a long time ago but Republicans are way too nice.

https://www.thoughtco.com/the-reagan-doctrine-and-communism-4571021
[deleted]
4 ups, 2y,
2 replies
What, still obsessed over Reagen cuz you can't get a good leader because most of your party is

a.) Neckbeard who thinks women's rights are bad and want to legalize rape

b.) losers who can't get any friend so they vent their anger through racism

c.) people like you who are stuck in either 2012 or 2016
_ForTheLulz
3 ups, 2y,
1 reply
Obsessed over Reagan? Not sure where you collected that. I guess the thought of hunting Commies down really hit a nerve with you. I wonder why. Ah yes, because you are a wannabe Communist - a useful idiot as your hero Lenin put it.

Which leader was a “neckbeard who thinks women’s rights are bad and want to legalize rape”? Who’s a racist?

You just sound very upset that communism will never easily find its way into America. Sorry not everyone is a fan of groupthink like the democrat party. You know what they usually do to useful idiots under communism? Starve them to death.

I'm old enough to know what America was and what America has become. Old enough to know Communism doesn't work. Old enough to know most of our youth have been indoctrinated into believing they are "saving America" with some obscure idea of Marxism hidden beneath a 'Social Justice' ideology. Old enough to have been a liberal and then a conservative. Old enough to know that living without religion doesn't work. I'm old enough.
MisterCube
0 ups, 2y
Your arguing with a 12 yearold so that makes your argument invalid
WarioTime
3 ups, 2y,
2 replies
Nah you leftists are the racist ones, racist against whites. Blacks traded black slaves, Whites traded white slaves, Blacks traded white slaves, but when the Whites have black slaves they get all the blame. Also name anything in the last year that is racist against blacks. But then on the white side of things there are guys like Coke-a-Cola who say whites are evil. Also when a police officer kills an illegal drug dealer, he gets tossed in the slammer. But when a black criminal kills a f**king CHILD, he goes free. Tell me how that is right.
SoyChad
1 up, 2y
Lmao, go cry into your Reagan Waifu pillow
CameronPool
0 ups, 2y
imgflip.com/i/58tx7q DEATH TO TIKTOK!!!!!!!!!!!!!
flare4roach
3 ups, 2y
Awesome post. You know you hit paydirt when libs start attacking. Ha. Upvoted!
Datdeus
2 ups, 2y
Sleeping_dragon
1 up, 2y
Is that Ted Cruz in the top left?
[deleted]
2 ups, 2y,
1 reply
A degree in being an idiot is what they got
SoyChad
3 ups, 2y,
3 replies
*cries over my apparently worthless chemistry degree*
[deleted]
2 ups, 2y
Oof
_ForTheLulz
2 ups, 2y,
2 replies
I’m thinking this is some type of obscure “Biological Chemistry” degree where you spent four years trying to splice hundreds of genders out of a man and woman.
SoyChad
1 up, 2y,
1 reply
Are you actually that stupid?
_ForTheLulz
3 ups, 2y,
1 reply
Are you actually a Communist?
SoyChad
1 up, 2y,
1 reply
I sure hope so.
_ForTheLulz
2 ups, 2y
“Are you actually that stupid”?
SoyChad
1 up, 2y,
1 reply
Hey look, I discovered the gene product for your being a reactionary idiot.
_ForTheLulz
0 ups, 2y
[deleted]
1 up, 2y,
1 reply
Doubt you'd go through the headache of all the Chem classes to dismissively call it a "chemistry degree". Just because you cook meth doesn't make you a Chem major.
SoyChad
1 up, 2y,
1 reply
Do I detect jealousy?
[deleted]
0 ups, 2y,
1 reply
You detect doubt.
SoyChad
1 up, 2y,
1 reply
Lmao. You aren't my employer or my university. F**k yourself.
[deleted]
0 ups, 2y,
1 reply
Ok meth head.
SoyChad
1 up, 2y,
1 reply
You are so dumb that you just make things up and believe them. . It is quite pathetic. My interest in left politics is totally independent of my formal education.
[deleted]
0 ups, 2y,
1 reply
Whatever meth head. Go cook up some chemistry. lol
SoyChad
0 ups, 2y,
2 replies
You're just jealous because you're an idiot
[deleted]
0 ups, 2y
And you're just triggered because you know you got called out on a lie. And, I wouldn't be jealous of someone who only had a "chemistry degree" working as a tech somewhere. lol.
SoyChad
0 ups, 2y
It's not a lie you f**kface.
Poopisawesome
1 up, 2y
Saint52
0 ups, 2y
I'm gonna have to disagree with the first one...

Most of them can't even grow beards
norsegreen
1 up, 2y
PRESIDENT_ELECT_Right1
0 ups, 2y
AKA the Biden regime.
EyeOwnYou
1 up, 2y
The neck beard and the Trump U diploma - signs of the CULT45.
Didnt trump have to pay out 25 million for defrauding people at his University?
TheAntihero
0 ups, 2y
MiniAppleIs
0 ups, 2y
ridonkleberries
0 ups, 2y
DummyThiccs
2 ups, 2y,
3 replies
I agree that leftists have a college education and conservatards don't
WarioTime
1 up, 2y
Oh yes, i remember, beacuse Trump DEFINITELY DIDN'T GET AN A+ IN ECONOMICS!!!!1
[deleted]
1 up, 2y,
2 replies
I know someone whose daughter is a hardcore conservative. She read a brief history of time for fun. She got put into a college level writing course. She wrote a novel, but it never got published. Physics was her passion.