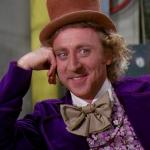 "Enabling all Americans to prosper and have greater opportunities is a far more achievable goal than equal outcomes." Thomas Sowell often says what I’m thinking. Octavia does once in a while too :)
who_am_i
15 ups, 1y,
2 replies
Chad.Irvin
12 ups, 1y,
1 reply
who_am_i
13 ups, 1y
FunnyIsFunny
2 ups, 1y,
1 reply
I agree so tell me all the truthful facts you have that prove Trump is "good" for ALL Americans and not just you fake patriots who have no issue with him pissing on the flag and constitution by making threats and claiming he has god like authority

And try to face the fact he factually wants to violate the 1st, 2nd, 4th Amendments
TenThousandNoobs
4 ups, 1y
Trashbuilder
12 ups, 1y,
3 replies
deeperthanpoetry
2 ups, 1y
no cops stopping you for "SUSPICION" bank of America not charging you rates as high as minorities FDA losing in courts Pigford vs Glickman 1999 prejudice practices just a few that a white man hasnt have to deal with
FunnyIsFunny
4 ups, 1y,
5 replies
Lolol. Ever had a white woman clutch at her purse. just because you walked by. Or call the cops just for walking through the neighborhood.

"It’s important to understand that individual biases and negative stereotypes (which we all hold) are not the same as systemic racism (a system of power). Though everyone internalizes stereotypes about social groups, we do not all occupy the same position in the racial order. When members of a so-called racial group are able to impose their prejudices in ways that reliably benefit them and disadvantage others, they have managed to successfully institutionalize their racist beliefs and protect their racial privileges. “Institutional racism” consists of racist ideas and practices embedded within social organizations and institutions (for example, policies, laws, families, education). The major insight about systemic and institutional racism is that there is no such thing as “a little bit of racism” or “pockets of racism” or “random incidents of racism” isolated from the rest of society. Whether you realize it or not, racism is systemic, pervasive, and embedded within the core of all of our major institutions. The consequences of systemic racism are vast — from the burgeoning racial wealth gap, political disenfranchisement, mass incarceration and racist immigration policies to microaggressions, racial profiling, racist media imagery, and disparities in health, education, employment, and housing.
It’s also important to be clear about the meaning of racism, particularly systemic racism, because so many people have made up their own definition of what the word means. A common misconception among racists and racial idiots alike is the idea that racism means “making generalizations” or, more specifically, “making generalizations about white people.” In fact, some fools think even mentioning the phrase “white “white people” is inherently racist. It’s fascinating to watch racists argue against basic logic and inference to defend their racism and/or racism denial. The faulty argument often goes like this:
ANTIRACISTS: “White racism is pervasive, and whites control the vast majority of resources.”
RACISTS : “Generalizations are wrong!”
ALSO RACISTS: “Whites are the superior race because…”

"The sad reality is that the very same people who view themselves as the “master race” can’t even master basic logic. Racists want to maintain a monopoly on racial generalizations: They’d love to have their racist cake (by making racist comments and generalizations about racial groups) and eat it too (by insisting that the racial generalizations they dislike, especially critiques of white racism, are “racist”).
Let me be clear: I am not suggesting that racial oppression merely derives from “ignorance.” Rather, racial stupidity has become routinized and is the result of intentional actions of European colonists and enslavers who sought to justify their capitalist exploitation of non-Europeans through the myth of white superiority.
To begin the ongoing process of challenging racial domination — and exploring our implication with it — we need to get really clear about the nature of systemic racism. We also need to confront how racial stupidity functions to keep large majorities of the population ignorant about the social, political, historical, and economic realities of racial oppression. Racial stupidity serves to justify and reinforce racism. And if we’re ever going to build a better world, we will need to fearlessly identify and dismantle the many forms of ignorance that keep so many of us in bondage."

People Don't Make Assumptions About Your Intelligence Because Of Your Race

According to a study published in the Journal of Personality and Social Psychology, white people subconsciously associate African Americans with lower intelligence. Another study in the Hispanic Journal of Behavioral Sciences found people hold the same assumptions about Hispanics. Asians often face the opposite stereotype, known as the "model minority myth," which can also be harmful by making it unacceptable for Asian Americans to struggle in school or ask for help and leading people to make assumptions about them that may or may not be true.

You Don't Feel Pressure To Represent Your Race

I never have to worry that if I make a mistake, people will assume I've made it because white people are less capable. On the other hand, President Obama makes a few mistakes, and Donald Trump says another black president won't get elected. Being white absolves you from this pressure to defy your race's stereotype so that your mistakes don't hurt others of your race.

Most Products Are Geared Toward You

A white person can go into a store to buy Band-Aids, beauty products, and other items related to skin tone and walk out with something that suits them. People of color at best have a small section of products tailored toward them, reminding them that in the eyes of mainstream culture, they are invisible.

Most Media Is Geared Toward You

In addition to knowing I can buy products geared toward me, I can feel fairly confident that I will see people like me represented on TV, in movies, in magazines, in books, and all over the Internet. In particular, I am able to see examples of people like me succeeding, which has given me the message that I, too, can succeed. And rather than seeing my culture reduced to a stereotype, I have been shown a wide representation of people of my race.

It's from Bustle, I accidentally posted before adding inverted commas and the source.
TenThousandNoobs
1 up, 1y
Show More Comments
Flip Settings