Yo Dawg Heard You 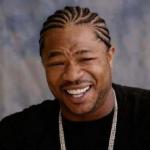 Anyways, all was cool till politics 2016 style, WHOO HOO!
First he unfriended me because disagreeing with his FB fwiendz is one thing, but him?
The after I Liked a comment that dissented against his, he blocked me.

He's done that to others, whittling it to a bunch that nod with him.
tipsy_taylor
2 ups, 4y,
1 reply
The block is one thing.

But what's funny is we'll have the mutual friends and there'll be arguments "gun violence, gun control, standing kneeling" whatevers relevant and has only "two stances" well anyways the unfriended will like everything the opposing mutual friend says if we debate, even the haha' s and lol's

Even when I know they share the same stance I'm taking in that argument.

Bust most friends can debate and argue yet stay friends.
Modda
1 up, 4y
People take this stuff too seriously.
If I'm discussing something with whomever, I wanna hear what they have to say, not an echo, nodding,,,
But you get these people that if you disagree even once, they take it as an attack, or that you're embarrasing them in front of everyone. Who cares if we disagree unless it gets too nasty?

Then I gotta wonder about those like my pal I mentioned, messaging me, "Go get that idiot..." Can't help but wonder if they're messaging others the same thing about me and just want to instigate others to argue for fun.

Plus you're supposesd to go along with their lies. Goodness, if all the people I know IRL lie like that, hate to think what the ones I know only from online are like,,,
Natalie_vance
2 ups, 4y,
1 reply
What town? I have mucho familia in husker nation
tipsy_taylor
2 ups, 4y
Chadron
Modda
1 up, 4y
Then* after
Show More Comments
Flip Settings

Caption this Meme
Created with the Imgflip Meme Generator
IMAGE DESCRIPTION:
I GOT UNFRIENDED; BECAUSE I PROVE THEIR NEWS STORIES WRONG WITH FACTS
hotkeys: D = random, W = upvote, S = downvote, A = back
Feedback