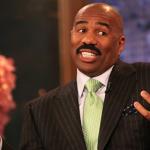 P.S. If you're called "guero", that's cool too, just means you're fair skinned and have fairer haired (and likely a gringo).

Caption this Meme
Created with the Imgflip Meme Generator
IMAGE DESCRIPTION:
ANY ILLEGAL IMMIGRANT CARRYING A "NOT MY PRESIDENT" SIGN IN PROTEST OF THE ELECTION; HAS A VALID POINT
hotkeys: D = random, W = upvote, S = downvote, A = back
Feedback