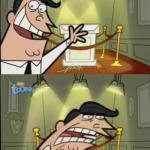 I could be wrong.
reallyitsjohn
5 ups, 6y
Not wrong, you said that very well and I'm glad I read yours before generating my response.
FunnyAndTrue
4 ups, 6y
I do agree that we should all practice personal responsibility, and that no entire population of people should be blamed for the ignorance and actions of the few, but I don't think that most people who say white privilege exists are saying that all white people are to blame. I think it is a very few, very vocal group of people, who try to make that case, and I don't think many people take them seriously. Recognizing that the phenomenon is real and talking about it is not an indictment of an entire race, it's just being honest about the situation. If anyone tries to hi-jack the objective and scientifically proven narrative and turn it into an indictment of an entire race they should obviously be dismissed by any sane person.
BlueNinja1
3 ups, 6y
Honestly, you're wasting your time. Those who benefit from white privilege will never admit or try to change the status quo. Why should they? They're not on the excluding end.
BlueNinja1
3 ups, 6y,
1 reply
It's not just a few. It's systemic. It's pervasive. There's only one reason why you can't see it: you're white.
ChumpChange
2 ups, 6y,
1 reply
I think this got derailed a bit and I'm a little confused as to who is replying to whom at this point and where the sarcasm ends. Let me explain my position a little better:

First, I've never denied white privilege exists and happens on a regular basis. I do nothing to seek or encourage the practice.

My goal in life is more or less the Federation mentality - to embrace difference and live in peace. I treat those with the respect they show me and if I receive any sort of privilege because I don't treat others like shit then my original question stands:

What am I personally supposed to do about all the bigots and racists in my country or on the planet?

I'm doing my part - I'm not acting like a c*nt in public and state over and over again none of what I do online is a personal attack on anyone.
ChumpChange
2 ups, 6y
Yeah, the structure of this is all messed up and my responses aren't even in order.

In addition regarding the Wonka meme, here's what I meant (without the sarcasm)

Racism is a tricky thing because it's easy to fall victim to it out of ignorance. Saying "white privilege" as it is and in and of itself, systematically categorizes all white peoples into a sense of enjoyed higher standard of living. The problem is, you may be right but if my race is simply treated better as a whole by society and I was born into it, what am I to do? It isn't my fault and I don't condone it. I teach my children equality and respect differences physically and of opinion. What more do you want? I'm just a poor white guy from Minnesota. I'm not MLK.
reallyitsjohn
3 ups, 6y
That idea is sooo nice and neat, it takes away personal responsibility from both races. BRAVO for falling for it.
GAME_KING
7 ups, 6y
U son on a beach wasis!
[deleted]
6 ups, 6y
truth
Dreadicus
4 ups, 6y
Show More Comments
Flip Settings

Caption this Meme
Created with the Imgflip Meme Generator
IMAGE DESCRIPTION:
THIS IS WHERE I KEEP MY WHITE PRIVILEGE; IF IT WAS REAL
hotkeys: D = random, W = upvote, S = downvote, A = back
Feedback