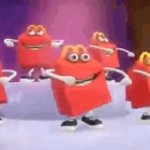 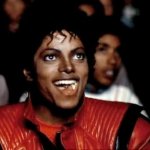 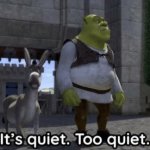 Putin is the kind of history-making leader who isn't going to stop until force forces him to stop.

So the question is: do we want to fight the Russians in Ukraine now, or in the Baltic states later? The latter option would all but guarantee WWIII, due to NATO commitments, and in the meantime, we will have sold out Ukraine for nothing.

Imagine a different scenario leading up to WWII, one where Hitler wasn't given his way every time he demanded territory, but instead confronted a unified Britain/France.

Would a more aggressive posture with Hitler have prevented war? Maybe, maybe not.

Would the war in Europe that eventually resulted have been fought on more favorable terms to the allies? Without a doubt, yes.
Democrats vs god in politics
ConservativePartyPatriot_89
1 up, 6h So true! This is the Jesus I know!
Reject World War III, vote RUP! in IMGFLIP_PRESIDENTS
ConservativePartyPatriot_89
1 up, 6h It's possible we're already in WWIII, and only future historians will be able to see that.

But if Zelenskyy "starts WWIII," I'd be surprised, seeing as he has absolutely no WMDs of his own. Arming Ukraine with defensive Javelin-style missiles and cheap drones seems to be working just fine, and these kinds of weapons pose no serious threat to Russia.

As for the $40 billion, I would have preferred it come out of the hundreds of billions of dollars of seized/frozen Russian wealth worldwide. (Apparently, we instead have to respect war criminals' blood-soaked war chests even as they are violating international humanitarian law left and right.)

But even so, as RMK says, this is a small drop in the bucket of our annual military budget. Dollar-for-dollar, funding the Ukrainian army is the best means we have of degrading Russian capabilities. This isn't like pouring trillions of dollars into Afghanistan only to watch it all melt away because the "Afghan state" was an illusion. The Ukrainians are a cohesive and effective fighting force, and are quickly becoming the world's foremost authorities in how to fight Russia.

Even if you give zero F's about Ukraine itself, the country works as a shield to keep Russia from invading the Baltic states next and giving NATO a real test. Our aid also pays for itself in terms of deterring China, which is watching all this carefully. If Russia had rolled over Ukraine easily, then China's seizure of Taiwan would have been next.

If you're mad about gas prices, redirect some of your rage toward the energy companies. They are making a killing off of all this. It's obscene. But short of "socialist" interventions like price ceilings, there's not much to stop companies from engaging in profiteering.
Untitled Image in IMGFLIP_PRESIDENTS
ConservativePartyPatriot_89
1 up, 7h