Lied about ivermectin, the vaccine, everything. 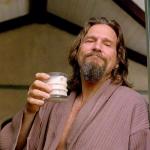 RunawayTrain
6 ups, 5mo
His nose should be longer than that to truly represent all his dishonesty and disingenuous statements.
flare4roach
5 ups, 5mo,
1 reply
Outstanding post. Upvoted!
McKennzo
2 ups, 5mo
who_am_i
5 ups, 5mo,
1 reply
A nice big upvote
McKennzo
3 ups, 5mo
MegadrummerJ
4 ups, 5mo,
1 reply
https://www.cureus.com/articles/111851-regular-use-of-ivermectin-as-prophylaxis-for-covid-19-led-up-to-a-92-reduction-in-covid-19-mortality-rate-in-a-dose-response-manner-results-of-a-prospective-observational-study-of-a-strictly-controlled-population-of-88012-subjects?email_share=true&expedited_modal=true
low rated comment (click to show)
Gumshoe
0 ups, 5mo,
2 replies
RunawayTrain
3 ups, 5mo,
1 reply
Sorry. Ivermectin, HCQ, zinc and antibiotic combo worked for me. And here I am!
Gumshoe
0 ups, 5mo
Cool! But you likely did not take enough Ivermectin to prevent infection. And you likely had a bad enough COVID infection to merit an anti-inflammatory. Most did not!
RunawayTrain
3 ups, 5mo,
1 reply
You do realize that the NIH/CDC could not allow an MRNA vaccine to be approved under an EUA as long as there was an alternative treatment available? Ivermectin has been used, along with HCQ, in equatorial Africa for decades, and safely so. I dare you to go on worldometers.com and look at the deaths per capita in equatorial Africa countries.
Gumshoe
0 ups, 5mo
So, you didn’t read my source.

The amount of ivermectin is the key. Yes, it can be used in safe doses, but these would not be enough doses to be effective. Effectiveness was what they were looking for. And to achieve the right effective rate to allow Ivermectin for general public use was a toxic dosage, rather a benign dosage.

HCQ has been proven to be a safe and effective treatment and could’ve been used on the public but! It is a treatment, not a prevention, nor was HCQ necessary for every case. Chances are if you needed HCQ you were lying in bed and on a respirator or needed severe medical treatment. Your average American couldn’t just pop HCQ antiviral and expect it to work. You still got infected, much as people who took the vaccine did. The difference between HCQ and the vaccine is that HCQ was already used by a portion of the public who needed it or they were guaranteed to die. Lupis and Malaria patients, which necessitated the blocking for general use.

No where did I say HCQ and Ivermectin were not safe! But rather the doses required for effective treatment were beyond safe levels.

The CDC’s statements on HCQ were concerns for those with Lupis and Malaria not getting their medicine; the CDC statements were concerns for people using animal dosages. The CDC DID authorize on Ivermectin and HCQ in extreme and specific cases but these are not cure all treatments or preventative medicine.
RYKAHNE
3 ups, 5mo
:0)
low rated comment (click to show)
Gumshoe
0 ups, 5mo,
2 replies
RunawayTrain
2 ups, 5mo,
1 reply
Let’s talk about SARS from 2003. It has about 89 to 90% the same DNA as SARS CoV2 (aka covid 19). Buy 2005 it was well-established SARS had human to human transmission by aerosol means. It was also established in laboratory studies the HCQ stopped dead in its tracks and also had prophylactic properties.
Yeah early on Fauci was saying there was no proof of human human transmission, he later said there was no proof of aerosol transmission. And he also discounted HCQ as a possible treatment. The guy is dishonest as the day is long.
Gumshoe
0 ups, 5mo
So you don’t understand how proof works.

You see, in science, there needs to be proof that something is or isn’t something before it is declared such.

Just because SARS CoV2 was similar to SARS does not mean it would behave the same way as SARS, could be treatable like SARS. It was a completely unknown when Fauci made those statements nor were Chinese incredibly forthcoming until late January or early February. The Chinese initially believed Covid to be another SARS outbreak and quarantined both cities and individuals for days. It was only after the outbreak persisted despite the quarantines fif they realize they were dealing with a whole new virus. And that data didn’t naturalize until late January. The did inform the US Government of the SARS-like outbreak as early as December but it became obvious that the infection rate for Covid was higher while it’s fatality rate appeared to be lower than SARS.

How much lower was the unknown.

SARS’s fatality rate is a whopping 9.5%

The likelihood that SARS2 was going to be less than 1% was incredibly low. At best, they knew it was at least 1%. 1% is enough to trigger WHO and other health organizations world wide to essentially go to the medical equivalent to DEFCON 1 if the disease is airborne or person to person or unconfined. It being uncontained, unknown and a variant was what caused rampant panic and speculation among experts, media, and the general public.

Airborn was even redefined in the midst of this pandemic to whether it was aerosol or airborn which were terms use interchangeably until recently. Airborn is meant the virus can live outside the body to travel by why or air, while aerosol is to mean any particle that travels of by air regardless of how long it remains infectious. There is still debate if there is even a need for a difference of these terms.

And while some have stated it is aerosol it is more accurate to say it’s spread is more person to person by way of droplets through air. The particles do not linger nor spread by wind or weather.

We’re were incredibly lucky the virus cannot remain infectious outside a host for very long otherwise it’s would be considered aerosol..

https://www.google.com/amp/s/abcnews.go.com/amp/Health/aerosol-airborne-droplets-amid-covid-19/story%3Fid%3D73250018
DTuckToo
2 ups, 5mo,
1 reply
You live in an imaginary world that most of us could never imagine ourselves.

"When adequate info was found"? Everything is shaking out, like most of us were saying all along, to be in alignment with what have known, in many instances, for DECADES. i.e. Masks do not stop the spread of airborne infectious diseases.

You act like because they finally "admit" this that this is because something new and revolutionary was discovered. You only think the things you think because either a.) you are ignorant concerning science, and the scientific method, b.) your liberal ideology is more important than the facts, or c.) all of the above.

But don't take my word for it- let's have everyone vote in the comments, a, b, or c.

btw- Do you work for any of the Big Three Liberal Media outlets? Your gaslighting of what that COVID-19 actually says seems intentionally misleading. Or is it just a problem with reading comprehension?

Here are some of the words you conveniently left out when you made your assertive statement:
*studies suggest
*Some studies
*studies suggest
*Subcutaneous administration of ivermectin 400 µg/kg had no effect on SARS-CoV-2 viral loads in HAMSTERS.
*The Panel reviewed additional studies, but these studies are not summarized in Table 4c because they have study design limitations or results that make them less definitive and informative.

Etc. Your reliance on "the experts" is a personal failure.
Gumshoe
0 ups, 5mo
Science is tested frequently, and it is often very dangerous to assume one thing because something else was very similar. I fail to see how your reasoning is scientific and not a series of confirmations biases that are overall antithetical to science and are borderline a faith system.

Nor how me disagreeing with you on a handful of things automatic means I am a liberal.

If anything, Trump Supporters are just as liberal if not more so for wanting to consolidate federal power into their party system. Their false promotion of states rights when all so-called rightwing states fall in line to a singular ideal while gerrymandering their individual precincts to generate the voting results they desire rather than what the people need. There just is simply nothing conservative about them. When the Constitution doesn’t go their way, they’re ready to cower behind executive privilege. And when even some of the Republicans fall for this Constitutionalists nonsense, they still are labeled a RINO for simply doing their duty.

Ivermectin is still NOT a recommended treatment for overall Covid patients, and has only ever been used in cases to treat inflammation after infection. And the amount needed to take prior to prevent infection is still dangerous for human consumption. It was and still is used to treat some cases but not all.

Same with HCQ, also useful for inflammation. And it was blocked from use so that Lupis and Malaria patients could get it! As again, the amount to consume would’ve devastated those few and even then HCQ was about only 75% effective at prevention and 98% effective for treatment. We know this due to cases which had to be studied fast and with a higher margins of error than normal.

Everyone wanted a miracle cure! But what we needed was something safe and effective to a higher number of people as well as cost effective. The vaccine was it! And it is why COVID, while it’s infectious rate remains high, has been reduced to nothing but a nasty cold among those who were infected with the original weaker strain and those vaccinated; and those who have been vaccinated and were previously effected are even more protected. But not all strains of Covid are equal, the latest strains have saw more reinfection than the original ones, yet they are far far less deadly or fatal.