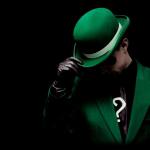 That makes you a fifth columnist, which makes you a treasonous dog!!! SMHID
jack_henoff
0 ups, 5m,
1 reply
Oh no, you got the wrong impression, I'm not a Cult45 Trumpite and his illegal alien gold digger wife will dump his expelled ass soon enough. Nor was I rioting in DC Jan 6th.

That pic displays Don the Con as a urinal. You might want to look up what those are, tee hee. It's one of them newfangled things them city folk got in them city places.
DixieKen
0 ups, 5m,
1 reply
Yep. I was right. You are just another lying, Leftist fifth columnist!!!

Caption this Meme
Created with the Imgflip Meme Generator
IMAGE DESCRIPTION:
RIDDLE ME THIS, WHY DON’T POLITICIANS HAVE TO LIVE BY THE RULES THEY SET?
hotkeys: D = random, W = upvote, S = downvote, A = back
Feedback