Starting to question this man 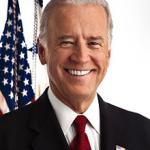 Caption this Meme
Best first
Latest first
Oldest first
39 Comments
[deleted]
4 ups, 1y,
1 reply
But conservatives told Dems EXACTLY what sort of guy Joe Biden was and what he would do if he became president.
wonderr7
2 ups, 1y,
2 replies
At first I ignored them and just said, “Wow they are so shitminded” but now I’m seeing what they meant.
NonDescript
2 ups, 1y
I think you're in a boat with a looooooooot of people.
Grufenshmirtz
0 ups, 1y Scary when you actually see the world as it is and not as they want you to see it. It’s all about perception; once you see the other side of it - there is no going back.
wonderr7
0 ups, 1y
Yup
NutzD33P
1 up, 1y,
1 reply
You shouldn't just be questioning Joe Biden, you should be questioning all Democrats. They are willing to destroy this country to hold power and that is a fact that can't be refuted.

Every city they run is a crime infested shithole. Minnesota has been controlled by Democrats since the 1970's yet the Police violence against minorities per capita is unprecedented. Stop listening to their words and start watching their actions.
wonderr7
0 ups, 1y,
1 reply
As a left leaning centrist I disagree that the whole party as a whole is doing badly just that Biden is kinda doing things such as immigration wrong.
Wubbzymon
0 ups, 1y,
1 reply
And hes starting to slump with Covid apparently as cases are going back up
darko_yolo
0 ups, 1y,
1 reply
Last month a survey found ~46% of Trumpers said they are either "definitely not getting the vaccine" or are going to wait at least a year to get it.... I mean that is millions of people.. Somehow I doubt they're going to listen to Biden.. or Fauci for that matter. I was recently talking to someone here who actually seems to think the vaccine is worse than the virus.
wonderr7
1 up, 1y,
1 reply
Yeah that’s the dumb thing. A lot of people don’t want to get the vaccine.
darko_yolo
0 ups, 1y
:o
[deleted]
1 up, 1y
I think a lot of Democrats are feeling voters' remorse.
Wubbzymon
0 ups, 1y,
1 reply
Plus he hasn't visited the border yet and in a video, a woman at the center is trying to block the kids from the cameras
wonderr7
0 ups, 1y
Yeah that’s what I meant when things weren’t in control at the border.
Battl3bee
0 ups, 1y,
1 reply
I very strongly doubt you are a leftist. maybe you once were, until trump corrupted your mind.
wonderr7
0 ups, 1y,
1 reply
Between centrist and the left but a lot more left then right
wonderr7
0 ups, 1y,
2 replies
And also I strongly disapproved of Trump
wonderr7
0 ups, 1y
I’m just stating that Biden has had a bit of hypocrisy in what he is doing.
Battl3bee
0 ups, 1y,
2 replies
i don't really approve of biden either. but this is one i am counting on him to fix.
wonderr7
0 ups, 1y,
1 reply
That was a quick reply lol
Battl3bee
0 ups, 1y
ik lol
IdahoRanchGirl
0 ups, 1y,
2 replies
Biden is about to ruin this country and is turning it Socialist. Heck we are pretty much there now. He's butchering our Constitution. He won't stop. He's been bypassing the whole legislative branch by signing Executive Orders. That's not how this country works. He has become a dictator, and his hypocrisy is astounding. He's driving this country to the brink. He's already got us terrifyingly deeper into debt, with OUR money that WE have to pay back. No countries take him seriously, he's a laughingstock to the other leaders. He insults and threatens them. We're doomed bcuz of a wannabe President who can't even remember his own name. Worst president in history. And most of his administration is just as bad as he is. They are corrupt as hell. They hate Trump more than they love this country, and we're screwed bcuz of it. It's amazing that ppl actually voted for him and Hooker Harris.
Battl3bee
0 ups, 1y,
3 replies
woahhhhhhhhhhhhhhhhhhhhhhhhhhh woah woah woah, stop shitting out lies, and show some cold, hard, evidence.
wonderr7
1 up, 1y
Exactly
wonderr7
1 up, 1y
All she is spewing out is bullshit
wonderr7
1 up, 1y
The one thing that makes sense kind of is the debt
wonderr7
0 ups, 1y,
1 reply
Ok, I agree that he is getting us into more debt but with EVERYTHING ELSE I don’t, and he probably won’t ever be the worst president. Look at Andrew Johnson or Franklin Pierce. George W Bush was doing really badly at the end of his term and has had the lowest approval rating of any president.
IdahoRanchGirl
3 ups, 1y,
2 replies
I'm sticking with Biden being the worst President in MODERN history. Actually he's probably going to end up the worst in ALL history. To be fair, it's not him running the country. He has ppl telling him what to do and say. More than likely, Obama, who is tied with joe for worst President.
Also, I'm not gonna show proof of anything. Proof doesn't matter to you leftists. I could shower you with proof and you still would worship the marxist democrats. I will say, you'd better wake up and start looking this stuff up. It's factual and it's out there if you look for it. You just have to get it from the actual source. Example: The lie about President Trump saying "fine people on both sides" is not the whole sentence that he said. You can easily find the interview of when he said it, and see that there was a lot more to that. Here's the exact transcript. Read it ALL:

It’s fine, you’re changing history, you’re changing culture, and you had people – and I’m not talking about the neo-Nazis and the white nationalists, because they should be condemned totally – but you had many people in that group other than neo-Nazis and white nationalists, okay? And the press has treated them absolutely unfairly. Now, in the other group also, you had some fine people, but you also had troublemakers and you see them come with the black outfits and with the helmets and with the baseball bats – you had a lot of bad people in the other group too."

And THAT is exactly what he said. The media did this to everything he would say.
[deleted]
1 up, 1y
"I'm sticking with Biden being the worst President in MODERN history. Actually he's probably going to end up the worst in ALL history."

I'd have to disagree with you on this. Biden is just a pawn and tool. You could make an argument that being a pawn and doing whatever someone tells you is horrible, but he's just a dementia ridden old man who doesn't care. Barack Obama, in my opinion, was the worst President in modern history. I would argue that Woodrow Wilson and Jimmy Carter are a close second.

Caption this Meme
Created with the Imgflip Meme Generator
IMAGE DESCRIPTION:
SAYS EVERYTHING WILL BE UNDER CONTROL AT THE BORDER BUT THERE IS STILL PEOPLE CLIMBING IT; I AS A DEMOCRAT IS STARTING TO THINK HOW LEGIT YOU ARE
hotkeys: D = random, W = upvote, S = downvote, A = back
Feedback