No more playing it safe. share
1,042 views • 60 upvotes • Made by HeavenlyTrumpets 1 month ago in politics
crusader 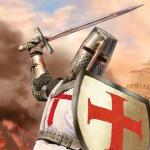 And Europeans did the same around the world for hundreds of years afterward
reply
OlympianProduct M
4 ups, 1m,
3 replies
And it's thanks to them spreading across the world that we have advanced as much as we have as a species.
reply
Octavia_Melody
2 ups, 1m
🤔
reply
Octavia_Melody
2 ups, 1m,
1 reply
Unless you belong to one of the groups that was negatively after by them :0
reply
OlympianProduct M
4 ups, 1m,
2 replies
At that time, maybe. However would you really throw out all the colonization Europe did to live in a world that’s far less technologically advanced than the world we live in today? I don’t think so. The world is so much better off because the Europeans colonized and used their empires to fuel their advancements in technology and science. The trade routes they established still keep our ever more interconnected world running. The Americas would be a sparsely populated land with some smaller empires like the Aztecs and Incas, not the major breadbaskets of the world they are today without Columbus rediscovering land in the region. Say what you want about the bad things European empires did, but if you take a look at how far we’ve come, I would say European empires did far more good than bad.
reply
Octavia_Melody
2 ups, 1m,
1 reply
I see your point, but with the immense human cost and horrors Europeans inflicted around the world which affect many countries to this very day, I don't know that it was a price worth paying.

Would I rather live in a world where all that didn't happen, but we were less technologically advanced? Part of me says yes
reply
Timber1972
0 ups, 1m
1. What was the immense human cost and horrors Europeans inflicted around the world?

2. How do those affect many countries to this very day?

The Arabs and the Turks conquered much of Europe before they were finally turned back at the gates of Vienna in 1683. They ruled Spain for 700 years. They've ruled northern Africa for 1300 years. And they filled in the gap left by the Romans. The Mongolians conquered nearly all of Asia and Eastern Europe and held them for a couple hundred years.

History is the story of conquest and expansion. Some good, some bad. I'm not going to call them atrocities; death comes with conquest. But the history of European conquest, while containing much bad for those conquered (particularly the Aztecs, Incas, Congolese, etc.) is one of overwhelming good for the world.

It wasn't the Europeans that accomplished this good....it was the ideas that some of them brought with them. And those ideas came out of the Enlightenment: government determined by the governed, individual liberty, freedom of thought, of speech, of the press, of assembly, trial by jury. It isn't possible to overstate how utterly radical these ideas were, and they are why a poor shepherd in Angola can lift himself and his family out of poverty. Or in India, which sees 44 people per minute come out of extreme poverty.

For all of human history, however many thousands of years that is, there has never been anything like these ideas; the literal 0.1% ruled in luxury, while the other 99.9% were serfs, or slaves, and could hope for nothing better, for themselves or their descendants.

So.....I'd say, because, like a virus, the ideas of individual liberty, freedoms, equality, and the like that the Europeans brought with them, that has been overwhelmingly good, and to the degree that a culture adopted those ideas, that is the degree to which they, too, have prospered.
reply
Octavia_Melody
2 ups, 1m,
1 reply
:)
reply
lokiare
1 up, 1m,
2 replies
Just to inject some facts. Native americans didn't believe in land ownership. So when Europeans came here offering sparkly jewelry for land, the natives jump at it. Then when they tried to hunt on the land they sold, the settlers shot them for trespassing. of course leftists won't mention that the various native American tribes were constantly at war with each other stretching back long before colonization either. That doesn't justify the genocide of the native people, but it does help keep it in perspective.
Bluessol
0 ups, 4w
Yes they didn’t call it land ownership but they were territorial and claimed hunting grounds as a society.
Octavia_Melody
0 ups, 1m
I don't deny that they fought amongst each other. But they didn't do the sort of damage that the Europeans did
reply
Octavia_Melody
2 ups, 1m
Affected*
reply
antithesis
3 ups, 1m,
1 reply
"Muslims plundered raped conquested and enslaved in Europe for 400 YEARS before the Crusades happened." Yeah, and the Pope did absolute bumpkiss about it. They didn't care! Between Tours and the Battle of Manzikert, there was NO effort whatsoever to focus Christian forces on the Islamic world.

It was a completely political calculation that came when Alexios Komnenos asked for military assistance, and the Pope wanted to do it in such a way that he could undermine the Eastern Orthodox Church and bolster the Roman Catholic authority. Nothing. To. Do. With. Islam. At all. It was JUST an opportunity, and Deus Vult was just how they were going to sell it.

If you want to talk about Christians trying to turn back the Muslim invasions religiously, you're really talking about Peter the Hermit - who went completely rouge from the Papacy AND the Orthodox church to raise a mob of peasant-soldiers without organization from any nobelmen. It was a mess. The FIRST thing they did - are you reading this? Are you paying attention? The first thing they did was attacked Jews. All across Europe. They got to the enemy lands of Anatolia having slaughtered thousands of Christians trying to keep order on their sorry asses, and not. One. Muslim. Soldier. Not one. THAT was your Deus Vult army. Not the one in the OP picture - that was retinue for a nobleman who had been hired to protect the earliest bankers, I'm not even kidding - that was a f**king bank merc. The Deus Vult guys were disorganized, messy, got cut down in droves, and Peter the Hermit himself died in disgrace.

So don't tell me I've read history wrong - you're trying to reignite a holy war that will fail in disgrace just like the last eleven did because you have learned NOTHING from the past.
reply
HeavenlyTrumpets
4 ups, 1m,
1 reply
I'm not trying to "reignite a Holy war." As I've stated, the Deus vult meme has become far and away more encompassing than just that in the current climate. Christians and Jews were run out of the middle east by the pedophile rapist plunderer known as mohammad, and his droves of assholes. They then tried to follow in to Europe and eventually got their asses handed to them after 400 years. Sorry not sorry.
reply
antithesis
1 up, 1m
A Christian presence was maintained throughout the Arab world. A Jewish presence was maintained - look up who Saad Mordechai was. Even the part where you said they were flowing into Europe - they were encroaching on modern day Turkey, and guess what? Modern day Turkey is mostly Muslim by demographic. Which part of that tells you they got their assess handed to them?

There were two pushes into Europe by what could be called a Muslim army, and one was the Umayyad Caliphate in Spain which completely crumbled with one defeat, it had such little support from the rest of the Arab world - and the other was the Ottomans almost a thousand years later not 400 years, who billed themselves as the continuation of the Byzantine empire trying to restore their borders anyway.

We all know what your Deus Vult memes encompass and it's factually inaccurate and bigoted. And our Muslim neighbors will always be a part of our society; Constitution, they get freedom and liberty. Go cry about it to your friends on the anti-immigrant message boards.
reply
HeavenlyTrumpets
4 ups, 1m
Deus vult bitch.
reply
Octavia_Melody
5 ups, 1m,
2 replies
And I wonder what they mean by "our civilization". America? Christianity? White people?
reply
HeavenlyTrumpets
5 ups, 1m,
1 reply
Western civilization. AKA the reason the world became civilized and the birthplace of all freedoms that were turned to law. You are the one who chooses to project particular things into what is being said here, and chooses to deny the reality that human freedoms being made into laws was born in the West, thrived in the West, and spread from the West. Furthermore, many many nations still hold slaves. None of them are "Western civilization." Curiously, people such as yourself do not care about that.
reply
Octavia_Melody
2 ups, 1m
"Western civilization. AKA the reason the world became civilized"

I didn't project anything, I just asked a question.

"Curiously, people such as yourself do not care about that."

You can't tell me what I do or don't care about, but nice try
reply
antithesis
4 ups, 1m,
1 reply
We're talking about people who think that all three of those are the same thing.
reply
Octavia_Melody
4 ups, 1m
Lol good point
Show More Comments
Flip Settings
memes
gifs
other

Caption this Meme
Created with the Imgflip Meme Generator
IMAGE DESCRIPTION:
DEAR GOP: STOP PLAYING IT SAFE. 2020 NEEDS WARRIORS, NOT PUSSIES. THIS IS ABOUT THE FUTURE OF OUR CIVILIZATION. FIND YOUR BALLS.
hotkeys: D = random, W = upvote, S = downvote, A = back
Feedback
<![endif]-->