What if i told you 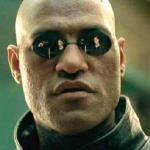 The_beez_kneez
2 ups, 2y
You would be wrong
WiseCracker
2 ups, 2y,
2 replies
BlueNinja1
1 up, 2y,
1 reply
Maybe you don't care but Trump does. He's very afraid and he should be. He realized that his country bumpkin, white supremacist base is very small. That's why this sudden push to try to get the black vote. (Which is a fing joke after Charlottesville).
WiseCracker
1 up, 2y,
1 reply
AHAHAHAHAHAHAHAH

So, ALL of rural American country bumpkins is a small base?

Consider this: The reason Democrats are pushing for open borders is because they realize that their lies to the black community are finally being scrutinized and they stand to lose a significant portion of that vote. Open borders gives them a fresh crop of rubes to con into voting for them.

2020 is in the bag, you just can't see it.
BlueNinja1
1 up, 2y
And right now the only ones lying to the black community are Republicans trying to act like your party gives a damn about them.

All the trash-talking you all did about Kaepernick kneeling wasn't that long ago. Who can forget all the Trumpers yelling "White Lives Matter" and "All Lives Matter" when POC are trying to draw attention to police shootings?
Zombiekiller4yo
1 up, 2y
homer in that pic looks like the whole democratic party to me
WayneUrso
0 ups, 2y
KylieFan_89
1 up, 2y
Show More Comments
Flip Settings

Caption this Meme
Created with the Imgflip Meme Generator
IMAGE DESCRIPTION:
WHAT IF I TOLD YOU; NOBODY CARES WHO THE DEMOCRATS SELECT TO RUN AGAINST TRUMP
hotkeys: D = random, W = upvote, S = downvote, A = back
Feedback