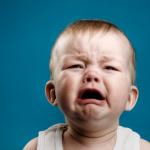 KylieFan_89
0 ups, 2y,
2 replies
More precisely, Trump is guilty of Article II — Obstruction of Congress for failure to answer a laundry list of subpoenas
calronmoonflower
1 up, 2y,
1 reply
Legal opinions state otherwise: https://www.scribd.com/document/443783939/OLC-Opinion-Judicial-Enforcement-Authority-01-19-2020
You wish to scrap basic checks and balances and a great many a bad precedents, rather than go though the proper process that would give us both what we are asking for. The House flubbed this so badly, it is hard not to think they did it on purpose.

In impeachment-land, you can't force the President to do anything he doesn't want to. Apparently.
Perspicacity
0 ups, 2y
Nope. The President is allowed to claim Executive Privilege when it concerns his national security advisors. If the house disagrees, THEY have to go to court and get a ruling.
Show More Comments
Flip Settings

Caption this Meme
Created with the Imgflip Meme Generator
IMAGE DESCRIPTION:
DON’T WORRY ABOUT THE EVIDENCE; WE JUST WANT THE SENATE TO IMPEACH HIM FOR US
hotkeys: D = random, W = upvote, S = downvote, A = back
Feedback