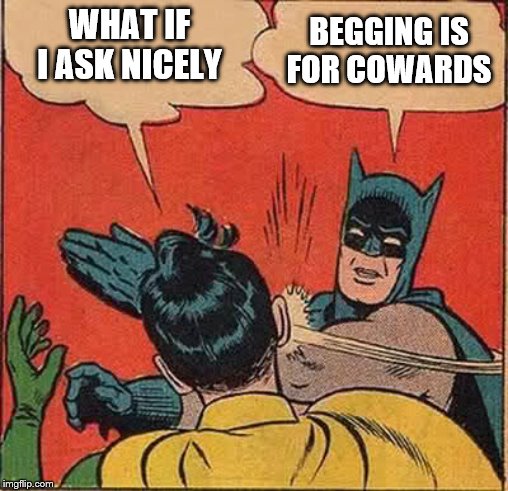 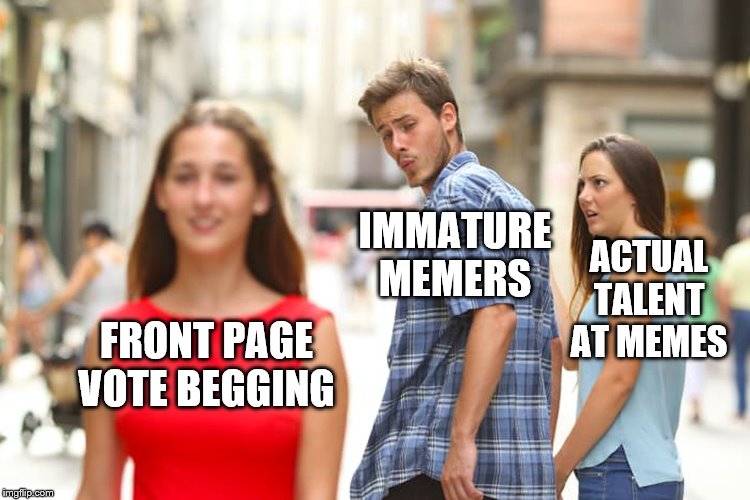 ANDROIDX59
4 ups, 2y
ANDROIDX59
4 ups, 2y
Yessssssssss!!!
RYKAHNE
6 ups, 2y,
3 replies
ANDROIDX59
4 ups, 2y
ShellyRae
3 ups, 2y
Yep! And for those who promise to upvote yours in return.
ANDROIDX59
2 ups, 2y
UpvotesPlz
4 ups, 2y,
1 reply
I got a meme begging for upvotes on the first page even though I just did it as a joke. Somehow, people upvoted it and I got like 50,000 views.
[deleted]
3 ups, 2y,
1 reply
Hmmmmm how ironic.........
[deleted]
4 ups, 2y
You said you made a meme begging for upvotes "BY ACCIDENT" yet im pretty sure your username is purposely begging for upvotes and just like how stupid of a waste upvote memes are on this website your name is supporting that.
[deleted]
3 ups, 2y
Upvoted.. Wish I could upvote this 1 trillion times
Mandarini
4 ups, 2y
Golden_Uganda_Knuckles
2 ups, 2y
xDUS
2 ups, 2y
PRESIDENT_ELECT_PointlessPeanut
2 ups, 2y
the funny thing about this is that there are currently 2 memes above this one that are both upvote beggars
funnymemer69
2 ups, 2y
ngl dis kinda funny doe
Guggimons.Axe.Body.Spray
1 up, 2y
Memedave
1 up, 2y,
1 reply
coolaidkitty55
1 up, 2y
😂
TheSwede
1 up, 2y
[deleted]
1 up, 2y
the most annoying part is the fact that there is an entire stream dedicated to upvote begging, but people still post it in fun.
lorenecharleson
1 up, 2y
When someone likes all ‘your’ friends posts.
Pirate_MemeMavrick7000
1 up, 2y
arpartner21
0 ups, 2y
[deleted]
0 ups, 2y,
2 replies
I think i know who made this
ANDROIDX59
3 ups, 2y,
1 reply
I upvoted you 2 days ago and you STILL haven't kept your promise you little prick!!!
[deleted]
0 ups, 2y,
1 reply
I don't think you even upvoted.
ANDROIDX59
1 up, 2y
Your time of self glorification will soon be at an end.
[deleted]
1 up, 2y
Who?
[deleted]
0 ups, 2y
<a href="https://imgflip.com/i/3epagu"><img src="https://i.imgflip.com/3epagu.jpg" title="made at imgflip.com"/></a>
Sensei-Lucario
0 ups, 2y
Meme makes fun of people and upvotes on the front page
get's over 150 upvotes
makes it on the front page.
SimonAndersson1
0 ups, 2y
lol
Jer-sama
0 ups, 2y,
1 reply
Lemme guess. It was THIS meme that tempted you to make the above image, right?
imgflip.com/i/3e2dfv
ANDROIDX59
1 up, 2y,
2 replies
It was this guy named Kyle8530 who promised to upvote all of your featured memes if you upvoted his "Roll with it" meme. But then about maybe halfway through his whole thread, he reneged and changed his promise to "I will upvote every RECENT featured meme of yours." Look it up and review the thread!
Jer-sama
2 ups, 2y
What the actual f**k?! That cheat!!!
ShellyRae
1 up, 2y,
1 reply
I just caught that thread. Ugh.
ANDROIDX59
1 up, 2y,
2 replies
You caught it? What a scam? But the pitiful part about all these people begging for upvotes is that while they're getting massive amounts of upvotes, they're missing out on all the fun of bantering and interacting with other Imgflippers; it's more of a competition to them than a fun experience. What a shame.
Sensei-Lucario
0 ups, 2y
I know they should remove the point system to stop that. sure keep upvotes and stuff (becuase they are like, likes) but the point system is only good for getting a top spot (which unless ray dog becomes inactive or deletes his account won't happen) and getting new icons.
we need to end this points system thing on imgflip
ShellyRae
0 ups, 2y
Yes, I sure did catch it and I was half amused at the folks jumping on it and half kind of disgusted. No talent hacks. I have a fairly good memory and won't upvote on principle.
VinceVance
0 ups, 2y
Amen.
lollollols2
0 ups, 2y
Show More Comments
Flip Settings

Caption this Meme
Created with the Imgflip Meme Generator
IMAGE DESCRIPTION:
THE FACE YOU MAKE; WHEN A MEME BEGGING FOR UPVOTES GETS ON THE FRONT PAGE
hotkeys: D = random, W = upvote, S = downvote, A = back
Feedback