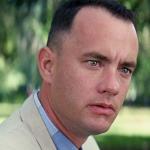 The liberal media doesn't want you to know!
reply
[deleted]
2 ups, 1y,
1 reply
If you think antifa is fighting Nazi's then you're an actual retarded person.

Fortunately you're just a troll.
reply
darko_yolo
1 up, 1y,
1 reply
If it salutes like a duck, it's a duck.

Hey what ever happened with that whole Trump murdering McCain thing? Why aren't the feds investigating?? Lol
reply
[deleted]
0 ups, 1y
Military intelligence did the investigation that led to McCains suicide ultimatum. A local group of Jewish leaders are circulating a petition requesting he doesn't show and a letter addressing him citing his rhetoric. Some other locals expressed the same sentiment.

The Mayor doesn't want him to come today because police were needed to be concentrated on the funerals, and there wasn't enough for security detail for Trump visiting.
reply
capt6550
2 ups, 1y,
1 reply
You might want to do a little more research on this.

Only one group asked him not to come.

The Rabbi of the Tree of Life temple said he is welcome anytime as had many members of that temple.

Now for the big news.

The only group that asked President Trump not to come is called Bend the Arc. It is a very left-wing progressive group that is more about politics than religion and what for it. It was founded by Alexander Soros, George Soros' son.

If you go to their website, there is little about religion, only how they support all kinds of SJW issues. They even highlight how they are partnered with the Jewish Social Justice Roundtable,

More fake news from the MSM.
reply
VagabondSouffle
1 up, 1y,
2 replies
Already did.
You might want to do a little more reading of the comment you reply to instead of reading from a bot script:

And the name of that group is:
reply
capt6550
1 up, 1y
They are not Jewish leaders. They are members of a left-wing activist group. They don't represent any temple or synagogue.
low rated comment (click to show)
reply
Titan_Prince
0 ups, 1y
reply
MinutemanPatriot
2 ups, 1y,
1 reply
Ok I get the security issue vis-a-vis a Presidential visit, but 'rhetoric' is political dog-whistling (or at the least virtue sigaling). Trump has NEVER said ANYTHING antisemitic.
reply
VagabondSouffle
1 up, 1y,
1 reply
What they're saying is language that incites such animosity.
The petition calls for him to denounce white supremacists.
reply
MinutemanPatriot
1 up, 1y,
1 reply
Maybe he's waiting on the media to be 'fair & balanced' and ask Democrats to cut out the inciteful language too. And the last I checked, he DID condemn antisemitism... but even if he hasn't already condemned white supremacy, the MSM would never report it if he did! But I do recall that he condemned racial supremacy of ANY kind. But that didnt get reported either I'm sure. He will never get a fair shake from the MSM and everyone knows it.
reply
VagabondSouffle
1 up, 1y,
2 replies
Didn't get reported by Fox or Infowars? Damn, that sucks.

People are dead. Exploiting it for political purposes has the curious habit of being exactly what it is. Think Trump - alive and well, last anyone checked - is the victim? Go to Pittsburgh and tell them that.
reply
MinutemanPatriot
1 up, 1y,
1 reply
Exploiting it for political purposes... well better call CNN & MSNBC, let them know! They act as if Trump is the perp!
VagabondSouffle
1 up, 1y
Ok, I'll play:

You have my permission to quote it.
reply
[deleted]
1 up, 1y,
2 replies
People are dead because of a political purpose.

This was a false flag to distract from the fake bomber. People were realizing that was bs and the media needed a topic to report on instead. The criminals in the government gave them one.
VagabondSouffle
1 up, 1y
[deleted]
1 up, 1y
You seem to have forgotten to take your pills again.
Show More Comments
Flip Settings

Caption this Meme
Created with the Imgflip Meme Generator
IMAGE DESCRIPTION:
AND JUST LIKE THAT; ISRAEL-HATING, PRO-PALESTINIAN LEFTISTS WERE TELLING THE REST OF US HOW TO KEEP INNOCENT JEWISH FOLKS SAFE.
hotkeys: D = random, W = upvote, S = downvote, A = back
Feedback
<![endif]-->