Student learns to think for himself 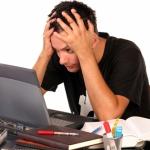 Your meme is very good. A++++
Manhattan
5 ups, 4y,
1 reply
OhWell
4 ups, 4y,
1 reply
protip: nordic nations have come out and full blown said they are market economies, not socialist countries.
low rated comment (click to show)
Manhattan
1 up, 4y,
2 replies
7.ups
7 ups, 4y,
2 replies
I heard of a survey where they asked “would you rather be paid $10 and your neighbor be paid the same, or be paid $20 and your neighbor be paid $50?” The majority would rather get half as much and be equal than get twice as much if their neighbor got more.
That’s not a higher standard of living, but it is equality.
FightingUntruth
5 ups, 4y,
2 replies
So true...

"But one also finds in the human heart a depraved taste for equality which impels the weak to want to bring the strong down to their level and which reduces men to preferring equality in servitude to inequality in freedom."
-Alexis de Tocqueville, 1835
reallyitsjohn
2 ups, 4y
A timely quote to be sure!
Manhattan
2 ups, 4y
https://www.usnews.com/news/best-countries/quality-of-life-full-list
Manhattan
3 ups, 4y
OhWell
5 ups, 4y,
2 replies
FightingUntruth
2 ups, 4y
Hahaha, perfect
Manhattan
2 ups, 4y,
1 reply
OhWell
5 ups, 4y,
1 reply
No, it's not the answer to wanting higher standards of living; capitalism is. There's nothing wrong with nationalism, though. It can bind people of a nation together regardless of ethnicity or other differences, which is something this country could use a little of. The only people who are against it are people who want us to be divided along class or racial lines rather than national.
Manhattan
2 ups, 4y,
3 replies
OhWell
4 ups, 4y,
1 reply
VagabondSouffle
1 up, 4y,
1 reply
FightingUntruth
3 ups, 4y,
1 reply
Nationalism does not mean one ethnicity. Nationalism does not mean exclusivity. You're arguments are false... as usual.
VagabondSouffle
2 ups, 4y
You're confusing nationalism with patriotism. The former lends itself towards xenophobia because of the shared ethno, religious, cultural heritage it focuses on.

Further, multi ethnic states mean something other than multi ethnic states in your dictionary? Given that the three mentioned are comprised of such, and that some have in the past and present splintered off along those lines (Russia after the USSR ended; British Commonwealth losing colonies since the end of WWII and NATIONALIST movements for Scotland, Wales, and Northern Ireland to separate from the UK. Even the Falklands had a referendum for such not too long ago.

You too need to look things up.

Caption this Meme
Created with the Imgflip Meme Generator
IMAGE DESCRIPTION:
MY PROFESSOR SAYS SOCIALISM IS GREAT; BUT I CAN'T FIND ANYWHERE WHERE IT'S WORKING
hotkeys: D = random, W = upvote, S = downvote, A = back
Feedback