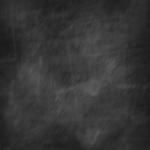 Caption this Meme
Add Meme
Add Image
Post Comment
Best first
Best first
Latest first
Oldest first
77 Comments
reply
AndrewFinlayson M
7 ups, 3y,
2 replies
If it's a recurring and escalating problem and you are being targeted with more than words, talk to a guidance counselor or a trusted teacher about it. Otherwise the best path is ignore the haters and hecklers in life. Success is yours for the taking and some times the best revenge is to live well.
reply
[deleted]
6 ups, 3y,
1 reply Sounds glib, but if you let a bully see he's hurt you - he wins. What's a weakness of his (besides needing to bully others?) if he persists, ask him if he wants you to judge him for whatever that is.
reply
AndrewFinlayson M
3 ups, 3y,
2 replies
I'm not sure about that. We don't know there's a bully, but there could be. If things are escalating and LordCakeThief decides to talk to a guidance counselor or a trusted anyone else irl about the situation, that does not automatically equal the kid at school will know about it.
reply
LordCakeThief
6 ups, 3y
the kid was also my friend... I unfriened him, I told him if being gay was normal he wouldnt care.
reply
[deleted]
4 ups, 3y,
1 reply We are the trusted someone else in this situation. And LordCakeThief is probably unknown to the bully under this pseudonym. Maybe he's not facing a full-on troll, but being called a psychotic idiotic weird person obviously stung, as it is definitely bullying behavior. School counselors can be good but not always. Sometimes it's just good to know someone cares.
low rated comment (click to show)
reply
loops-z-loop
0 ups, 3y,
1 reply
reply
[deleted]
4 ups, 3y,
1 reply If somebody called your kid "psychotic" and "weird", you would BLUBBER AND WHINE AND BOO-HOO to the principal, and top it off with a rant and rave at your church about blessed are the persecuted.

The amazing thing about hypocrisy is - except for a VERY few when you show them to their face - hypocrites don't actually GET that they are actually applying a double standard and being hypocrites :-O
low rated comment (click to show)
loops-z-loop
0 ups, 3y
reply
LordCakeThief
0 ups, 3y
dude, calling someone lonley is mean, so stop
reply
LordCakeThief
0 ups, 3y
we were talking about gays, and I said is, "arent gays cool?" and then he called people, phyotic, and weird. so, how in hell woud that provoke him?¿ And im 12, so im not a child, im a big kid. I will stay strong, even if it means asking for help.
reply
LordCakeThief
5 ups, 3y,
1 reply
OK, thank you! :D
reply
[deleted]
5 ups, 3y,
1 reply
Yeah that sucks when a friend turns on you. It can hurt much worse than a stranger's words. Friends come and friends go. Hopefully along the way you'll find one or two really good friends that truly "have your back". But yeah, when you've opened up to someone they can hurt you much worse than say, some random troll on imgflip or random bully in the hood. Your ex-friend may be struggling with his own sexuality and lashing out at you for accepting yourself as you are. That's why, never take things personally. No one can judge you, but people tend to offer their opinions based on what it is about you that they like or dislike about themselves.
reply
LordCakeThief
5 ups, 3y,
1 reply
I have another friend thats my sexuality, and 15 out of my 30 friends exept me for who I am. And they love me for it.
reply
[deleted]
5 ups, 3y,
1 reply
Sometimes it's best to just ignore a bully, like a fly buzzing around. Most times I find it best to swat them like a mosquito. Nip it in the bud as it were. The frenemy who turns on you - it can be tough to let them go, but it's better than establishing a pattern of abuse. "Oh I'm so sorry, I'll never do it again" -until they do it again the next week. Focus on the friends that accept you, ditch the ones that don't as though they are yesterday's news.
reply
LordCakeThief
5 ups, 3y,
1 reply
will do. Thank you so much!...
reply
[deleted]
5 ups, 3y,
1 reply
Your welcome, kid. Anytime. And kudos to you for having the courage to ask for help when needed. :-)
reply
LordCakeThief
3 ups, 3y
:D
reply
TheRoyalPlutonian
5 ups, 3y,
1 reply
My advice to you is, if any one says that too you say "I'm sorry you feel that way." Then complement them on something. Watch what they do afterwards.
reply
LordCakeThief
4 ups, 3y
will do... thanks
reply
Dentons_Revenge
5 ups, 3y,
1 reply
reply
LordCakeThief
5 ups, 3y
XD
reply
CR01
5 ups, 3y,
1 reply
Plus what they said
reply
LordCakeThief
3 ups, 3y
k
reply
1forpeace
5 ups, 3y,
1 reply
My suggestion here would be to not give this person power or control over you or how you feel, because that's what they thrive on is negativity. And only you can or can not give them the power and control.
And here's another thought they just might be a**holes with nothing better to do than torture other kids, and it might be nothing. But by you reacting it encourages them...once again thriving on negativity.
I'm sure you're a very nice person, remember that, and don't let them make you feel differently.
Also as has been previously suggested if you can confide in someone, or even just write about it and what's bothering you, as a release. That would be positive too because it's not a good idea to hold stuff like that in.
And they're only words. I hope that helps.
reply
LordCakeThief
4 ups, 3y
It does, thank you. :3
reply
BlindSpot
4 ups, 3y
reply
jack_henoff
3 ups, 3y,
1 reply
They are irrelevent. They seek to make themselves matter through their hate, weak people do. They always fail.

One day you will look back at all this and laugh.
reply
LordCakeThief
2 ups, 3y,
1 reply
ok, thx
reply
jack_henoff
2 ups, 3y,
1 reply
From both my parent's ethnicities being reviled, to me being a weirdo, to my odd tastes in music, etc, I was ridiculed from 3rd grade until junior year HS. That last year I figured how to defend myself. And I did that by AGREEING with them.
Maybe it helps that I got sorta grim looks, but basically I tell them, "Yeah, I am, and? You got a problem with that? Good."

Ping pong wars, as seen on the web, "You're a troll!" vs "No I'm not, you're a bigger troll!" only succeeds in proving both idiots right. Anyways, it's just words. People take this stuff too seriously. Triggered, snowflake, butthurt - just words. Binary blips dancing on the electric sky.

Ignoring, walking away is very effective, because by not reacting, their need for reaction goes unfulfilled.

But in HS, due to what was going on back in my father's country at the time, I suddenly became public enemy #1. No one to turn to. Relatives lived far away, and my family always blamed me for getting picked on. So one day I got ticked off. And I've been ticked off ever since.

Even if it doesn't apply to me, I tell them that's what I am. What are they gonna do, not invite me to go bowling this Friday? Big whoop.

I'm not saying you should take that approach. I naturally look like an ugly thug plus I inherited a pair of angry looking eyes even when I'm not, and grew up in an family of constant squabbling, so I can get away with more that some others might.
My, "Go ahead, do it, like right NOW" works for me. Others, on the other hand, might get obliged.

I can also go on and on and have said things I later regretted. So restraint ain't such a bad thing.

But perhaps finding a way of saying, "Yeah, I am, so?" might work for you.

Regardless, people like that so-called friend do no matter. So therefore they make the loudest noise to prove they do. But they still don't.

Tomorrow will be another day, and you will find your stride.
reply
LordCakeThief
2 ups, 3y
thank you soooo much!
reply
SilicaSandwhich
2 ups, 3y,
2 replies
Laugh it off. The best way to deal with people trying to make you feel bad is not taking it seriously. Let me tell you, if you're open up enough on the internet about your sexualiity your gonna grow some pretty thick skin real quick. The more you take it all as a joke, the more you can find humor in more situations. You could eventually bond with the person and keep that one moment in which he called you psychotic as an inside joke. I have experience with stuff like that. I'm straight, but I still understand your pain.
reply
LordCakeThief
4 ups, 3y,
1 reply
ok, thank you!
reply
SilicaSandwhich
1 up, 3y
Np.
reply
jack_henoff
2 ups, 3y,
1 reply
Interesting.

So y'ain't so bad after all, are ya?
reply
SilicaSandwhich
2 ups, 3y,
1 reply
If having conservative beleifs makes me bad, I geuss not. Socially I lean more left ( so like LGBT rights) but I tend to lean right with issues that have big consequences.
reply
jack_henoff
2 ups, 3y,
1 reply
I don't care about your beliefs, as long as they don't advocate the harming of those not asking for it.

It's how you treat others, specifically the OP in this situtuation, that really matter to me.

Everything else I say is just fluff, strictly for entertainment purposes.
reply
SilicaSandwhich
2 ups, 3y
OK.
low rated comment (click to show)
reply
loops-z-loop
1 up, 3y,
5 replies
reply
LordCakeThief
8 ups, 3y
That didnt really help.... we were talkng about sexuality....
reply
[deleted]
8 ups, 3y,
2 replies
Wow, loopzloop, you are trying bully LordCakeThief in a Siloam fashion to the bully that caused him pain in the first place! How dare you suggest that he has psychological problems because of his sexual orientation. Shame on you.
reply
LordCakeThief
7 ups, 3y
I downvoted him....
reply
[deleted]
6 ups, 3y,
1 reply
*similar
low rated comment (click to show)
reply
loops-z-loop
0 ups, 3y,
4 replies
reply
CR01
7 ups, 3y,
1 reply
Loop, the truth also doesn't care about your "bible", which contradicts itself a hundred ways over and includes many failed prophecies. If we're really looking to truth that doesn't care about your feelings, then your religious preconceptions do not even enter into the equation either because they are not axiomatic, and your "studies" contradict many more that oppose them.

Caption this Meme
Created with the Imgflip Meme Generator
IMAGE DESCRIPTION:
Hey guys, the other day a kid at my school called me a "Physcotic idiotic weird person who needs help" because I am not straight. How should I deal with it?
hotkeys: D = random, W = upvote, S = downvote, A = back
Feedback
<![endif]-->