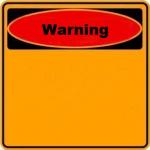 I wish these comment streams wouldn't be stopped and we have to hop all around to answer. One of the things about the site I care little for. :(
1forpeace
1 up, 4y
I agree, but you're popular here, what can you do?
KenJ
1 up, 4y,
1 reply
I dunno how popular I am compared to others. My attempts to limit downvote swarms seems to have failed so I'm limited in superpowers. :) I guess we'll just have to continue to hop around if need be.
1forpeace
1 up, 4y
:)
KenJ
1 up, 4y,
1 reply
I need my vices to be smaller, more flexible ones.
1forpeace
1 up, 4y
Imagine away... :)
With your vices it's best that you're able to stay in control, instead of the vice being in control. That's why I smoke, in addition to no hangovers.
KenJ
1 up, 4y,
1 reply
Albeit a cute one. :)
1forpeace
1 up, 4y
:)
damagedgood
11 ups, 4y,
2 replies
KenJ
6 ups, 4y,
1 reply
True. And some of those who wish him to fail are concerned about the direction of the country.
damagedgood
4 ups, 4y,
2 replies
I hate the guy. I don't want him to be impeached. Why can't we get infrastructure going? Both sides agree it needs to be done and will be good for the economy. It doesn't get done because the parties don't want it done unless their party owns the whitehouse. They put their party's success before America's success and that is just wrong
KenJ
3 ups, 4y
Well, when the president wakes up dyspeptic and starts tweeting trouble it's hard for anyone to get anything responsible done. And I don't want him impeached either, I'd rather he'd go down to defeat in 2020 in ignominy, if just to decrease the chances of someone like him getting elected again.
MauiOnion
3 ups, 4y,
1 reply
I think if Trump was an awesome president, it would be difficult and ridiculous to try to deny it or want him to fail in the wake of his success. The problem is he's so unreliable, so moronic and divisive in his rhetoric, and so dangerous in the way he handles things, that he just needs to go for the sake of this country and all of its citizens.... ( you know, not just the ones with fair skin)
KenJ
3 ups, 4y
EXACTLY. :)
Tttony
8 ups, 4y
The people who want him to fail are the ones who realize what a terrible country he's trying to create.
swing4thefence
12 ups, 4y,
1 reply
damagedgood
10 ups, 4y,
1 reply
KenJ
8 ups, 4y,
1 reply
MauiOnion
2 ups, 4y,
1 reply
Why does anyone care what Hillary says anymore? She's not the president and probably never will be. That ship has sailed. We really have more important things to worry about like what ridiculous things Trump is saying....
KenJ
3 ups, 4y,
1 reply
You are wise on this comment stream, MauiOnion.
MauiOnion
2 ups, 4y
Thanks :)
isayisay
10 ups, 4y,
2 replies
:)
KenJ
6 ups, 4y
[deleted]
5 ups, 4y
:D
Show More Comments
Flip Settings

Caption this Meme
Created with the Imgflip Meme Generator
IMAGE DESCRIPTION:
MANY USERS ON IMGFLIP WILL THINK FOR THEMSELVES; THIS DOES NOT MEAN THEY ARE EVIL, UNPATRIOTIC, OR CODDLERS OF TERRORISTS; IT MEANS THEY HAVE A BRAIN AND LIKE TO USE IT
hotkeys: D = random, W = upvote, S = downvote, A = back
Feedback
<![endif]-->