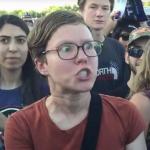 Shit's about to get interesting. Go conservatives.
[deleted]
2 ups, 4y
renegade_sith
4 ups, 4y,
1 reply
So ninja triggered you so bad that you made a copy account to troll a user that you determined he is..talk about delusional paranoia.
NataIie-vance
4 ups, 4y,
1 reply
Too late now sith. Your naughty thoughts can't be undone. Lol