The reason I am mad 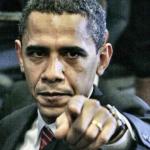 Guess I was wrong.

Much like the colour of Donald Trumps skin, the minds of the American people are similar to that of a vegetable.
Dazzzer
5 ups, 6y
luftweg
3 ups, 6y
satyricon
2 ups, 6y
BatmanTheDarkKnight0
1 up, 6y
Opan_irl
2 ups, 6y
Naw it's still bush
[deleted]
3 ups, 6y,
2 replies
[deleted]
4 ups, 6y,
1 reply
Are these the same bull-shit polls that guaranteed a Hillary win in November 2016? Those pollsters still have credibility with you Progressive moon bats? LOLz
[deleted]
2 ups, 6y,
2 replies
No, there exists more than 1 poll on this planet.
luftweg
1 up, 6y
Very many polls were dead wrong about the Election....
Modda
0 ups, 6y,
1 reply
Plus it wasn't a poll predicting an election result, like this in 2016.
{{Incidentally, same types of polls also erroneously predicted Hillary, McCain in 2008 and Romney in 2012 would beat Obama}}

But rather a poll assesing the value of a two term President after he has served.

Prediction and judging a post election period of eight years are two completely different things.
[deleted]
0 ups, 6y,
1 reply
*sigh*
Modda
0 ups, 6y
Exactly.
Modda
1 up, 6y,
2 replies
And since at this point in any presidency ratings tend to be low, in time his approval numbers will be even higher,,,
[deleted]
3 ups, 6y
luftweg
1 up, 6y,
2 replies
Modda
0 ups, 6y,
1 reply
Ya fergat the third tier, the one where kgb putin the great & russia are our besties now, according to trump, yaah, comrade?

Hypocrisy, much?
luftweg
0 ups, 6y,
2 replies
Are you getting sentimental about the 'Russian Reset'? Or just Hillary's arrangement of sale of Uranium?..... Herr Commissar... Hypocrisy indeed....
Modda
0 ups, 6y
Ya fergat the third tier, the one where kgb putin the great & russia are our besties now, according to trump, yaah, comrade?

Hypocrisy, much?
Modda
0 ups, 6y
PS: Y'all can throw hillarat, her hubby billy bob, ronny 'the cowboy' raygun, nickson, and st jfk, etc, in that litter box too,,,

Jus' how many russias you think there is?
luftweg
0 ups, 6y
[deleted]
0 ups, 6y
https://imgflip.com/i/1gk6lz
CrazyPowerMetaller
0 ups, 6y
imgflip.com/i/1gkjrs
MemeyMcMemeface
2 ups, 6y,
1 reply
But he's not a bad president at all...
Wii_G
2 ups, 6y,
1 reply
Obamacare is a thing, race relations have not improved AT ALL, he basically passed at opportunities to make big decisions, rendering America irrelevant. He was basically like any of the presidents between Andrew Jackson and Abraham Lincoln. How is he NOT a bad president?
MemeyMcMemeface
3 ups, 6y,
1 reply
Oh yeah, you make perfect sense. Race relations are definitely controlled by the president. And if you can't think of any "big opportunities" then don't include them on your list. Also Obamacare increased the amount of insured people by about 50% of previously uninsured people.
Wii_G
1 up, 6y,
6 replies
Race relations are influenced by the POTUS and his standings on them. And the insurance boom has less to do with OC than the end of the recession. Besides, Obama promised that if you like it, you keep it. Period. >1 million people lost their insurance because they didn't comply with ACA (a fancier term for OC) requirements.

The Obama Administration was a disaster. I won't list all of his screw-ups, mainly because I'm too lazy, but trust me, try listing all of the GOOD things he has done, and I could make a longer list of bad things he has done.
MemeyMcMemeface
3 ups, 6y
Just so you know, I was too young to vote, but I used my mom's vote to vote for Obama both elections.
Modda
2 ups, 6y,
1 reply
1. Passed Health Care Reform: After five presidents over a century failed to create universal health insurance, signed the Affordable Care Act (2010). It will cover 32 million uninsured Americans beginning in 2014 and mandates a suite of experimental measures to cut health care cost growth, the number one cause of America’s long-term fiscal problems.

2. Passed the Stimulus: Signed $787 billion American Recovery and Reinvestment Act in 2009 to spur economic growth amid greatest recession since the Great Depression. Weeks after stimulus went into effect, unemployment claims began to subside. Twelve months later, the private sector began producing more jobs than it was losing, and it has continued to do so for twenty-three straight months, creating a total of nearly 3.7 million new private-sector jobs.

3. Passed Wall Street Reform: Signed the Dodd-Frank Wall Street Reform and Consumer Protection Act (2010) to re-regulate the financial sector after its practices caused the Great Recession. The new law tightens capital requirements on large banks and other financial institutions, requires derivatives to be sold on clearinghouses and exchanges, mandates that large banks provide “living wills” to avoid chaotic bankruptcies, limits their ability to trade with customers’ money for their own profit, and creates the Consumer Financial Protection Bureau (now headed by Richard Cordray) to crack down on abusive lending products and companies.

4. Ended the War in Iraq: Ordered all U.S. military forces out of the country. Last troops left on December 18, 2011.

6. Eliminated Osama bin laden: In 2011, ordered special forces raid of secret compound in Abbottabad, Pakistan, in which the terrorist leader was killed and a trove of al-Qaeda documents was discovered.

7. Turned Around U.S. Auto Industry: In 2009, injected $62 billion in federal money (on top of $13.4 billion in loans from the Bush administration) into ailing GM and Chrysler in return for equity stakes and agreements for massive
CourierCommenter
1 up, 6y,
1 reply
He did 50 things in the last 8 years. Please! That's jack shit.
Modda
1 up, 6y
You're right, that is jack shit, but it still is 50 of them.
Modda
2 ups, 6y
8. Recapitalized Banks: In the midst of financial crisis, approved controversial Treasury Department plan to lure private capital into the country’s largest banks via “stress tests” of their balance sheets and a public-private fund to buy their “toxic” assets. Got banks back on their feet at essentially zero cost to the government.

10. Toppled Moammar Gaddafi: In March 2011, joined a coalition of European and Arab governments in military action, including air power and naval blockade, against Gaddafi regime to defend Libyan civilians and support rebel troops. Gaddafi’s forty-two-year rule ended when the dictator was overthrown and killed by rebels on October 20, 2011. No American lives were lost.

11. Told Mubarak to Go: On February 1, 2011, publicly called on Egyptian President Hosni Mubarak to accept reform or step down, thus weakening the dictator’s position and putting America on the right side of the Arab Spring. Mubarak ended thirty-year rule when overthrown on February 11.

13. Improved America’s Image Abroad: With new policies, diplomacy, and rhetoric, reversed a sharp decline in world opinion toward the U.S. (and the corresponding loss of “soft power”) during the Bush years. From 2008 to 2011, favorable opinion toward the United States rose in ten of fifteen countries surveyed by the Pew Global Attitudes Project, with an average increase of 26 percent.

14. Kicked Banks Out of Federal Student Loan Program, Expanded Pell Grant Spending: As part of the 2010 health care reform bill, signed measure ending the wasteful decades-old practice of subsidizing banks to provide college loans. Starting July 2010 all students began getting their federal student loans directly from the federal government. Treasury will save $67 billion over ten years, $36 billion of which will go to expanding Pell Grants to lower-income students.
Modda
2 ups, 6y
22. Created Conditions to Begin Closing Dirtiest Power Plants: New EPA restrictions on mercury and toxic pollution, issued in December 2011, likely to lead to the closing of between sixty-eight and 231 of the nation’s oldest and dirtiest coal-fired power plants. Estimated cost to utilities: at least $11 billion by 2016. Estimated health benefits: $59 billion to $140 billion. Will also significantly reduce carbon emissions and, with other regulations, comprises what’s been called Obama’s “stealth climate policy.”

24. Eliminated Catch-22 in Pay Equality Laws: Signed Lilly Ledbetter Fair Pay Act in 2009, giving women who are paid less than men for the same work the right to sue their employers after they find out about the discrimination, even if that discrimination happened years ago. Under previous law, as interpreted by the Supreme Court in Ledbetter v. Goodyear Tire & Rubber Co., the statute of limitations on such suits ran out 180 days after the alleged discrimination occurred, even if the victims never knew about it.

25. Protected Two Liberal Seats on the U.S. Supreme Court: Nominated and obtained confirmation for Sonia Sotomayor, the first Hispanic and third woman to serve, in 2009; and Elena Kagan, the fourth woman to serve, in 2010. They replaced David Souter and John Paul Stevens, respectively.

You don't need my permission, just do it.
Wii_G
3 ups, 6y,
1 reply
Did you really think I would actually waste my time trying to say 51+ things Obama did wrong? I was being rhetorical. People like you take things way too literally.
Modda
2 ups, 6y,
4 replies
StephenBoan
3 ups, 6y
I knew that was a cut and paste. Its just those "facts" are written from a liberal perspective. They are written with a slant to make him look good, when in fact they do not tell the whole truth. The Washington Post admitted they were biased in their election coverage and CNN gave out debate questions. I knew you did not cut and paste all that, but there sure is a lot of misinformation from a professional unbiased source.Of course you never said it was from a professional unbiased source either.
StephenBoan
2 ups, 6y
Much of what you said from a liberal perspective may be success, but as a Conservative it is not, such as "appointing two liberal Judges" . He achieved some of his goals by spending us in to infinity and beyond;he is number one there. You cannot keep drawing money out the ATM without putting some in (except if someone is on welfare and with him in office there are a lot more of them. Obamacare is a disaster, both sides agree and it will be gone soon. He is responsible for leaving Iraq in a disaster. He did not negotiate he gave them a ton of money and got nothing in return ( you do know they are the number one sponsor of terrorism?- and they got lots of money) Noone can blame him for racial tension alone, but he didn't help by waiting to judge and in some cases contributed to the angst against police by doing so. for example "Hands up don't shoot" (not me Eric Holder). His support for Planned Parenthood the butchershop for children is also not something that makes him great. No Scandals says he and the Washington Post at least 11 Scandals Fast and Furious, Benghazi, IRS (you can google if you want to know the rest). Anyone can cut and paste, but many of those came at a high cost, are not telling the whole truth, or from a liberal perspective. As we all know CNN wouldn't do anything to help a Democrat out. He has also bent over backwards not to offend Muslims, but has basically flipped off Israel (our strongest ally). He may be good if you are a liberal, and likable if you are not. I am just glad he is gone and Hillary is not president. Merry Christmas..
low rated comment (click to show)
Modda
0 ups, 6y
low rated comment (click to show)
Modda
0 ups, 6y
Modda
1 up, 6y
Cuba

Caption this Meme
Created with the Imgflip Meme Generator
IMAGE DESCRIPTION:
IF SHE HAD WON; I WOULD NOT BE THE WORST PRESIDENT
hotkeys: D = random, W = upvote, S = downvote, A = back
Feedback