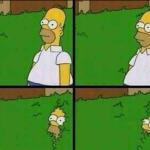 Last week, my 52 year old brother in law had a stroke from an overdose, not sure if it was a duel suicide attempt but his girlfriend died and he survived. It just so happened on the 2 year anniversary of the death of his (and my wifes) mother. Anyhooo, between that and being down one man at work just when work got busy isn't helping matters any!!

I had a few submissions on deck that I submitted already and a few more ready to go, but just wanted to let you guys know why the Hokeewolf has been kinda absent lately. If you're the praying kind, would appreciate some for my B-I-L and my wife. Thanks IMGFLIP community!! Keep me laughing!!
[deleted]
12 ups, 6y,
1 reply
Sorry to hear hokee. :(

That sounds like a lot to go through, but you seem to be handling it well. I'm doing my best to keep the place funny...and full of typos.
hokeewolf
8 ups, 6y Thanks friend!! I still have my upvote button working on you!
[deleted]
11 ups, 6y,
1 reply
I was going to post one of those corny "hang in there" kitten memes, but that would just be hokey. But seriously, keep your head up, you will get through this. If you are even half as supportive to your wife, as you are to us,she will be in good hands.
hokeewolf
9 ups, 6y