11,481 views • 151 upvotes • Made by AvgJoe 6 years ago
barack obamamemesrefugeesradical islamterrorism 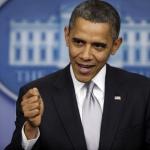 I'm not opposed to helping out people in need. Actually, it's what I've done most of my life. I'm just completely opposed to the possibility of bringing in people that hate us just because we won't bow or convert to their way of life. Most won't assimilate to our way of life. They want us to live under Sharia law. Are you f**king kidding me? How can anyone with a modicum of intelligence want this?
[deleted]
14 ups, 6y,
3 replies
[deleted]
11 ups, 6y,
2 replies
The problem with this thinking is that we (mostly those who don't truly know their history) always think that the "native Indians" we "slaughtered" were civilized and peaceful people. That couldn't be farther from the truth, as hoards of them (the majority) were savages who slaughtered and raped opposing tribes, including torture on women and children. Many of them lived in mud huts and teepees and were barbaric people.
satyricon
6 ups, 6y
Countless numbers were decimated by disease, which travels AHEAD of settlers. Let’s not forget the effects of farming, which takes over large tracts of land; and alcohol that, was used to entice natives and trick them into signing away their land. It was a no-contest struggle. Once a signature was affixed to paper, the military became duty bound to enforce it.
satyricon
3 ups, 6y
And there is no such thing as a 'noble savage'.
reallyitsjohn
1 up, 6y
Sharia would be even less kind to them.
The_Lone_Haranguer
0 ups, 6y
I don't buy into collective guilt for past supposed misdeeds.
reallyitsjohn
2 ups, 6y
satyricon
1 up, 6y
IQ 666
[deleted]
10 ups, 6y,
3 replies
AvgJoe
8 ups, 6y,
2 replies
[deleted]
9 ups, 6y,
3 replies
AvgJoe
6 ups, 6y,
1 reply
It seems to me that the people that were stabbed in Minnesota and those hit by shrapnel in NY were faced with existential threats. And all because of a group of people that don't agree with our way of life. Would you be willing to put your life and the lives of your loved ones in the hands of these immigrants? I would be willing to bet that some of the 1,200 people that were sexually assaulted in Colgne, Germany on New Years Eve were sympathetic to the the immigrants before they were assaulted. Now...not so much.
I really enjoy and appreciate the sharing of differing opinions with you, but am kind of perplexed how this convo is migrating (pun intended :) to indigenous people vs. the current threat?
[deleted]
7 ups, 6y,
5 replies
Barry_Friendly
10 ups, 6y,
1 reply
Therein lies the rub. Islam has the stated intention of making every nation subservient to Allah. Moreover Islam puts the onus of carrying out that intent by means of jihad, squarely on the shoulders of men. The Muslims who do not engage in jihad are not living according to the Koran.

Christianity also does not assimilate, true. I am a Christian; I have no intention of giving up my beliefs. However nor do I intend on blowing up, stabbing, or shooting anyone who does not believe the same way I do.

Islam attempts to have men, who are (very) fallible do the sorting of who lives and who dies. Whereas Christianity leaves that sorting to God at the end of each man's life. Someone may not believe what I do - I will be happy to list why I believe the way I do, but at the end of the day, if you choose not to believe, that is your choice. And, when we die, we will see who was right and who was not.

The comparison doesn't hold water. Missionaries don't go into countries and go on welfare, bring in hundreds of thousands, or commit atrocities in the numbers that Muslims do. Christianity has had its issues but Islam has been a violent religion since it was invented, and even its 'moderates' refuse to condemn the violence.

THAT'S the problem.
[deleted]
3 ups, 6y,
1 reply
[deleted]
4 ups, 6y
Also, missionaries eventually go home. Essentially they're expatriates working for a missions board. And I still have never heard of any that committed horrible acts of terrorism. There may be one or two over the last couple hundred years, but it pales in comparison to the welfare migrant muslims penchant for rape, robbery, beheadings, hostage taking, honor killings, pedophilia, oppression of women, burning people alive, and slaughtering them while they're on meathooks.
CourierCommenter
4 ups, 6y
I really think it's no contest.
reallyitsjohn
2 ups, 6y,
1 reply
There is no freedom in this country that is without restriction. To not restrict immigration is as foolish as opening up the highways for everybody to use whatever vehicle at whatever speed they want. There are more restrictions on driving a car than there are immigrating to this country. I love the way everyone with left leanings on this issue CHOOSES to leave out the word "temporary" which preceded the word "ban" when that idea was announced. In fact it has been misquoted so many times the misquote has become the truth and what is debated and not the actual statement which was "a temporary ban while a proper vetting system is established. I dislike defending Trump, but I dislike more hearing and reading the constant misquoting and overstating of the case and the total unwillingness to find any middle ground.
[deleted]
2 ups, 6y,
1 reply
reallyitsjohn
0 ups, 6y
One minute after that statement was made the left set out to change the quote via social media. A technique they have mastered. "Don't address the problems, create a parallel issue and debate that instead and no one will notice that you have changed the original quote. It is done by both sides but the left has truly mastered it,. Months ago when the skittles/m&m analogy was making the rounds here there was none of the bullshit outrage that "they are people not candy. " Now the story is the analogy and not the refugee situation or the fact that we are granting citizenship to people that are marked for deportation.
satyricon
1 up, 6y
Catholicism did some assimilation with pagans in the early days of the church; especially holidays and the use of statues (idols) which Protestants abhor. In terms of assimilation, imagine this: what kind of reception would Native Americans have received if they had landed on Spanish soil first?
[deleted]
7 ups, 6y,
2 replies
Christians don't pose any more threat to a society than a pill bug poses a threat to a human. Christian missionaries are spreading the gospel, not picking fights. That's Islam's job.
satyricon
4 ups, 6y,
2 replies
And the Crusades were a reaction to the murderous onslaught of Islam. Christians can live side by side with members of other faiths, Muslims cannot. Muhammad was a skilled military leader, Jesus and Buddha were not.
[deleted]
4 ups, 6y,
1 reply
The first part of your comment is correct. While Jesus was definitely against war, so to speak, He taught that evil must be overcome by God fearing Christians who fought for Christ. War is sometimes a necessary evil to defeat true evil.
satyricon
2 ups, 6y,
1 reply
He did caution his followers not to be conquerors like the Romans.
[deleted]
1 up, 6y,
1 reply
It depends on who they were conquering, too.
[deleted]
2 ups, 6y,
2 replies
Religious faith is convenient that way....it can bend to suit whatever need the faithful have.
[deleted]
2 ups, 6y
If God wants a nation to fall it'll fall, regardless of man's attempts to change the outcome.
[deleted]
2 ups, 6y
Again- hard to prove or disprove.....faith is great for that.
[deleted]
3 ups, 6y,
1 reply
reallyitsjohn
1 up, 6y
...and some are planting pressure cooker bombs loaded with shrapnel while still others are planning to do more of the same. It also appears to me more and more that we are warned in these cases that the dangerous ones ARE EFFIN DANGEROUS! Yet we choose to ignore that because we don't want to offend someone.
[deleted]
3 ups, 6y,
2 replies
[deleted]
1 up, 6y,
1 reply
They are no more a Christian than Joel Osteen is a Christian. Anyone can use religion to cop out to their benefit. The ku Klux Klan claim to hate in Christ's name, but that doesn't make them Christian.
[deleted]
2 ups, 6y,
1 reply
[deleted]
1 up, 6y
If someone preaches something that is not biblical and they denounce parts of the bible all the while preaching something that isn't in the Bible, they aren't following the true teachings of Christ. That right there shows me they aren't true Christians.

Joel Osteen thinks it's okay for two people of the same sex to sleep together, but it states in the Bible that homosexuality is a sin against God. He also believes that we have the power to do what the Bible clearly tells us we don't have the power and we need to focus on God. Osteen is not a true Christian and is what Christians and the Bible call false prophits.
CourierCommenter
1 up, 6y,
1 reply
No. the reason it is not a "no true Scotsman" fallacy is because Christianity doesn't teach that people should be executed (besides the Old Testament, but part of being a Christian is turning to the new one, according to Jesus.)
The Koran, on the other hand, states that all non believers are idolaters, idolaters have waged war on Allah, and all who have waged war in allah should be beheaded
[deleted]
1 up, 6y,
1 reply
CourierCommenter
1 up, 6y
Then I guess they're not doing it in the name of Christianity
Chov
2 ups, 6y
They were better as head hunters?
satyricon
1 up, 6y
Chinese in south east Asia, very disciplined, highly successful entrepreneurs. Aristotle mentioned a case in which one city state in particular welcomed immigrants are were eventually pushed out by them.
If bad money chases out good money, we can make the same assumption about people.
The_Lone_Haranguer
5 ups, 6y,
1 reply
How about, unless and until we find a way to vet them, we not give trouble an engraved invitation?
[deleted]
4 ups, 6y,
1 reply
Tombstone1881
2 ups, 6y
reallyitsjohn
4 ups, 6y
... but by your logic, we should help the North Korean army relocate here. I'm sure some of them may want to come here and be good upstanding Americans, but since we can't tell who the good ones would be, we need to take them all.
[deleted]
6 ups, 6y
satyricon
6 ups, 6y
Back in 1982, Tylenol pull all their product off the shelves because 2 people were victims of poisoned product. A good role model for the US government on immigration.
DashHopes
4 ups, 6y
Awesome
[deleted]
3 ups, 6y
Of course I do, they're f**king m&ms!
ThinxDo3zR3p3atz
2 ups, 6y
[image deleted]
[deleted]
2 ups, 6y
We have a small percentage of bad americans that kill other americans in america. We should not let americans be american in america. That will fix it.
mattbianco
2 ups, 6y,
1 reply
We should ask the guy who knows them best:
CourierCommenter
2 ups, 6y,
1 reply
While Hillary is just taking money from them and no one bats an eye
mattbianco
1 up, 6y
Bill is busy, and Donald has his hands full at the moment.
Dazzzer
0 ups, 6y
I hope you posted this as a meme
frogguy
1 up, 6y
i tried this on my Cuckservative friend, he went on to say it was too simple of an explanation, how so?
Show More Comments
Flip Settings

Caption this Meme
Created with the Imgflip Meme Generator
IMAGE DESCRIPTION:
THE ATTACKER CRIED 'ALLAH' WHILE STABBING 8 PEOPLE AT THE MALL; BUT LET'S NOT JUMP TO ANY CONCLUSIONS
hotkeys: D = random, W = upvote, S = downvote, A = back
Feedback