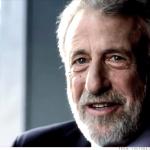 No criminal will obey that law and since gun ownership is a right guaranteed by the Constitution, it doesn't fall under the "privilege" definition most lefties bring up. The fact is, "how you think" isn't a valid reason to deny anyone one of their Constitutional rights.

Besides, do you think the only reason he carried this out was access to guns? That's where the libs just don't get it. He would've created a pipe bomb, a propane bomb, or some other way that could've killed many, many more.
Tyler4987
2 ups, 6y,
1 reply
evanmedstars
1 up, 6y
Lol to many trips to the Mile-High Club could do that.
TheHangoverBanana
4 ups, 6y,
1 reply
Let me set it all straight! You don't need a gun to kill a person... Does everybody agree that you can kill a man with a broom? Why don't we have broom control as well, ha? Guns are just the most usual weapon which means that if you take them away people will move on to the next thing... (reply the names of the objects that can kill a person if bored and I know you are)
[deleted]
5 ups, 6y,
1 reply
Swords.
luftweg
5 ups, 6y,
1 reply
Cantaloupe?... Can a person be killed with a Cantaloupe?... And is that why there is always a detail cop in the supermarket guarding the produce?...
TheHangoverBanana
3 ups, 6y,
1 reply
Yes you can kill a man with a cantaloupe... ok maybe a few cantaloupes...
memetality
3 ups, 6y
I'm thinking "CapriSun Straw Free Zone"...
MixDr0ne
3 ups, 6y
Radical extremism*
Gzuez
2 ups, 6y
Your forget that the event is still under investigation, quit been political sheep. We already know the American people can see a shooting squad execute a Republican hate group and still refuse gun control.
ZuUzZzOoN
2 ups, 6y,
1 reply
Land of freedom (to KILL!)!
Mr.Jingles
1 up, 6y,
1 reply
A remarkable statement.
ZuUzZzOoN
1 up, 6y,
1 reply
And I say this as a gun owner... But in my country you have to pass trough HELL to have a gun... And with lots of restrictions.
And I'm very happy about that.
[deleted]
0 ups, 6y,
1 reply
ZuUzZzOoN
1 up, 6y
I just described the USA policy about guns.
I have guns, but in a country where the first priority is the people safety, and not being slave of the NRA.
Show More Comments
Flip Settings