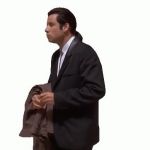 Caption this Meme
Best first
Latest first
Oldest first
21 Comments
The_Knight_Who_Says_Ni
6 ups, 3m,
1 reply
More importantly I am waiting for Biden to stop doing bad for America. He's never ever done anything good for this country. In fact until he became president he hasn't done ANYTHING whatsoever, good, bad or indifferent. He's a lump. He was a grifter who saw how he could grift the nation as a politician and get away with it. Now he had sweetheart deals with China and Ukraine where Hunter collects the millions of dollars and Joe just takes half of it. And he is still doing it while being the president.
lokiare
1 up, 3m,
1 reply
You missed when he signed those executive orders that stopped drilling on federal lands and put us back under external energy companies. Also reinstating the Paris climate regulations which killed people in Texas in that big freeze they had.
The_Knight_Who_Says_Ni
0 ups, 3m
I agree.
Fauscovai
5 ups, 3m The_Knight_Who_Says_Ni
4 ups, 3m,
2 replies
He didn't beat Trump. Biden is an embarrassment. Even before he went senile he was awful. The left was just so rabid in their hatred of Trump that they vowed in 2016 to not ever let him win reelection and that was by any means possible. Because the motto of the left is "the ends justify the means".

So in 2020 they pulled off the biggest heist in presidential election history and they were sloppy about it.
7.ups
4 ups, 3m,
2 replies
Biden is grateful for the pandemic. Without which, he, or any other Democrat, wouldn’t have had a chance.
The_Knight_Who_Says_Ni
2 ups, 3m
The Democrats milked that pandemic for everything they could. It was disgusting. Democrat controlled cities and states killed off hundreds of thousands of small businesses in hopes of creating an economic free fall that they would blame on Trump. They didn't care at all about the lives they destroyed. And they would never let up.

This is why millions are fleeing California and New York.

Trump hatred on the left was at such a level than even some Democrats who lost their businesses still voted for Biden.

The Democrats trying to use the pandemic mostly backfired on them. It was just so blindingly obvious that red states were prospering while blue states were in turmoil. It was day and night. There were a lot of Democrats who voted for Trump.

The craziest thing is that how the economy initially rebounded from Obama's dismal presidency had nothing to do with Trump and everything to do with Hillary. If Hillary hadn't lost the 2016 election the economy would have never rebounded at all. It didn't have to be Trump winning that election. I could have been Ronald McDonald winning as anything other than a Democrat that would have caused the economy to rebound.

The only Democrat president that had the slightest clue about the economy in the 20th and 21st centuries was John F Kennedy. The rest were dismal failures. They all either followed Karl Marx or John Maynard Keynes, both of whom were flat out wrong on economics. Far too many Republicans followed Keynes. The only 20th century Republicans who didn't follow Keynes or Marx were Warren G Harding, Calvin Coolidge and Ronald Reagan. As a result they all had booming economies. Harding and Coolidge gave us the "Roaring 20's". Trump just followed his own path and was wrong on somethings, like tariffs. But Trump was right about socialism. Socialism causes misery, poverty and death everywhere it has been fully implemented. It is the reason why when Democrats are in power the economy always suffers. Dems will always try to inflate some minor aspects of the economy and try to tell about what a great job they are doing while unemployment and under-employment skyrockets, inflation skyrockets and people are forced to live on government assistance just to survive. Businesses scaled back because sales were down.

This is the legacy of every Democrat controlled White House and congress. This is what is happening right now. The pandemic didn't cause it, Biden did.
Dr._Lmonty
0 ups, 3m,
2 replies
If the pandemic was real in the first place
7.ups
0 ups, 3m
Dr._Lmonty
0 ups, 3m
I'm Sirius
low rated comment (click to show)
WorldRyker
0 ups, 3m,
2 replies
Zaklog
5 ups, 3m
Absolute proof? Don’t have any.

Evidence? There’s mountains of it.
[deleted]
1 up, 3m,
2 replies
You have a keyboard you lazy ass. Use it.
faranger
0 ups, 3m
The Covid-19 is deadly to the weak, the elderly, Diabetics, and FAT people.
What types of people are the biggest drain on the health care system?
When medicine is socialized, and they want to cut costs......
Communist government historically speaking love killing their own people.
7.ups
0 ups, 3m
😁
Mr.TooUnique
1 up, 3m
Don't hold your breath
RYKAHNE
1 up, 3m
:0)
.-Asriel_The_CinnaBun-.
0 ups, 3m
ohok
youneedtomouthshut
0 ups, 3m
He already did
PragerUwU
0 ups, 3m
You and me both.
Show More Comments
Flip Settings

Caption this Meme
Created from video with the Imgflip Animated GIF Maker
IMAGE DESCRIPTION:
ME WAITING FOR BIDEN TO DO SOMETHING GOOD FOR AMERICA
hotkeys: D = random, W = upvote, S = downvote, A = back
Feedback