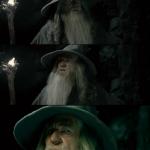 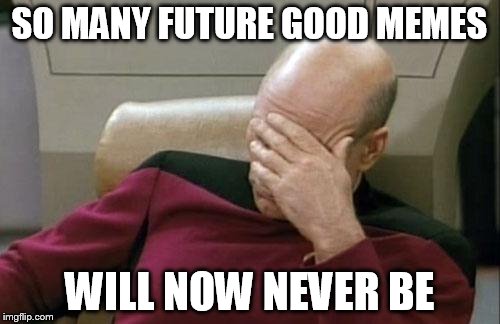 Lynch1979
4 ups, 6y
LOL Love this comment!
reallyitsjohn
14 ups, 7y,
1 reply
I know, its a little bit of a friendly dig at Raydog as he currently has a "downvote" front page meme. Its not a big deal to me either way as I rarely used it except in cases of blatant douchebaggery. I often upvote points of view that differ from mine to hopefully encourage others to join in the commentary.
Raydog
5 ups, 7y,
1 reply I really love that word...LOL
reallyitsjohn
3 ups, 7y
One of my favorites, never been sure if it just popped into my head one day or I heard someone else use it.
InfernoKid-Sandstorm
9 ups, 7y,
6 replies
This means crappy memes will make it to the front page.
missets
5 ups, 7y,
1 reply
Nahhh front page is for memes that are getting the most action. Comments/likes, crappy ones will just end up on page 3758392 as long as comment wars don't start in the comments
InfernoKid-Sandstorm
10 ups, 7y,
2 replies
Comments, no.

Once, an idiot posted 200 comments on his meme just to get it in the front page. It didn't work xD
Raydog
6 ups, 7y,
1 reply
I don't see how a crappy meme would make it to the front page even with no downvotes...if it is indeed crappy people aren't gonna upvote it...they may not get downvoted back to submission, but if noone upvotes it, the meme isn't gonna go anywhere.
anona247
3 ups, 7y
PAH! Seriously? Of frontpage memes it is rare that one makes me actually chuckle and I have seen some on latest that have made me do that really unattractive, blurty BLAHA!!!! Sorry ... just truth.
missets
4 ups, 7y
I didn't mean just comments. But comment wars, with multiple people commenting. Because each time someone goes to comment its a view. The front page is just for the ones being interacted with the most.
[deleted]
2 ups, 7y
Not unless they get upvoted, which probably will not.
jnorton0304
2 ups, 7y
[image deleted]
superguy
3 ups, 7y
Ohlookgoodmemesholycrap
1 up, 7y
low rated comment (click to show)
lifetips
3 ups, 7y,
1 reply
InfernoKid-Sandstorm
1 up, 7y
Thanks lifetips
anona247
3 ups, 7y,
2 replies
So some of my submissions are still not featured. No downvote bar makes me wonder why. So if there is no downvote bar we just have to assume that people are still downvoting the hell out of something like little evil jerks or that the admins decide ... nah, just won't feature this.
Since the bar has been removed I've gone from 78% featured to 73%. I am just not understanding. Some of my stuff is not too bad but if no one ever sees it I am just making them for myself I guess.
anona247
2 ups, 7y
I'm not all about points. But this site becomes a lot less fun when you comment all over other people's memes and hardly anyone sees yours. Just saying.
acuity12 M
2 ups, 7y,
1 reply
Nothing really changed in the algorithm. The most upvoted images should still get to the top. But as with many voting systems, there is some luck/randomness involved.
anona247
1 up, 7y,
1 reply
So can you explain how does a meme not get featured? So latest memes are all memes created? And a meme gets featured off of there? For what? For views? Upvotes?
Can you explain the algorithm? I haven't found a page on this site that explains how anything actually works. It can be frustrating.
acuity12 M
2 ups, 7y,
3 replies
This is our official about page: imgflip.com/about. We may expand on that at some point, but for now that's our public description of how submissions work.

Caption this Meme
Created with the Imgflip Meme Generator
IMAGE DESCRIPTION:
I WOKE UP THIS MORNING AND THERE WERE NO MORE DOWNVOTES WHAT IS THIS PLACE
hotkeys: D = random, W = upvote, S = downvote, A = back
Feedback