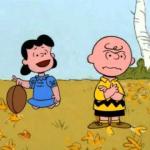 WayneUrso
0 ups, 2mo
Upvote for you! -
Neckkneejawneck
4 ups, 2mo,
1 reply
Curious, didn't he throw it out there, $20k yadda yadda and the right leaning supreme court put the kaibosh on it? So which voters do you speak of?
TacoSupmeme
4 ups, 2mo,
1 reply
Curious, didn't Nancy Pelosi already state last year that it would be struck down as unconstitutional? Didn't Biden promise loan forgiveness in 2020 and then renege after he took office? Didn't Biden force a moratorium on evictions for not paying rent even though that was called unconstitutional? Didn't Biden sign a shit ton of executive orders his first few months in office?

You blame it on the supposedly right leaning SCOTUS, but ignore the Dems game plan has already been making and then breaking promises
damagedgood
4 ups, 2mo,
1 reply
What promises did Trump deliver on?
TacoSupmeme
4 ups, 2mo,
3 replies
I don't know. But I do know, four peace treaties in the Middle East, not starting any wars, record unemployment, and energy in dependence was pretty good for everyone.

Not sure what any of that has to do with Biden's lies and broken promises. Oh, I forgot to add the minimum wage issue that he always promised and then went back on.

Did Biden stop the virus like he vowed? No, more people died under him from Covid, than under Trump. They easily forget that twice before Biden tried to run for president and dropped for being dishonest. 3rd time idiots fell for it. They know the country is worse now with biden but are too proudful and arrogant to admit it. Pass this meme on and ignore them. Best thing to do.
TacoSupmeme
3 ups, 2mo
Indeed.....
damagedgood
4 ups, 2mo,
2 replies
Goodbye forever.

Not a single trumper is worth the digital ink
Abby_Normal
3 ups, 2mo
Promise?
Octavia_Melody
3 ups, 2mo,
1 reply
That's not what cognitive dissonance means. They can't even get it right.
Abby_Normal
3 ups, 2mo,
1 reply
That's Fanon's definition. Fanon was a psychiatrist, political philosopher, and a political radical, Pan-Africanist, and Marxist humanist concerned with the psychopathology of colonization and the human, social, and cultural consequences of decolonization.

Perhaps you can entertain us with your definition?
Octavia_Melody
1 up, 2mo,
2 replies
Cognitive dissonance is when someone tries to hold two conflicting beliefs or views at the same time
merryprankster
3 ups, 2mo,
1 reply
Like Biden and his belief that he is in charge and when things go wrong he blames Trump or Putin or Fox or anyone but the one what’s in charge.
Octavia_Melody
0 ups, 2mo
Nope. That's just old-fashioned blame-shifting
Abby_Normal
2 ups, 2mo,
1 reply
Source?

Perhaps you're the first truck driver in history that is both a physician and psychiatrist? Where are your degrees from?

Yeah, I'm gonna believe you. You obviously know more than Fanon.
Octavia_Melody
1 up, 2mo
Modda
0 ups, 2mo,
1 reply
Not starting wars? Syria and THREE attempts to start with Iran say otherwise. Didn't Capt Bone Spurs take credit with the ouster of ISIL from Iraq in 2017? bs, of course, but pick a narrative/
Peace treaties with what, countries that have never been at war with anybody?
Record umemployment started on a trajectory with Obama, then ended in 2020. That's the same year that over 100 oil and gas companies went bankrupt.