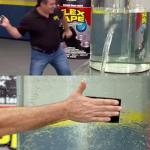 imBARF
1 up, 1w
yes
Corrupt_Patience
0 ups, 1w
religion of people but yea-
Dirt_Poor_Robins
2 ups, 1w,
1 reply
Well, a lot of people. But many philosiphers could explain things through science, pretty well too, though some theorems and concepts were a little off
imBARF
0 ups, 1w
Yup
Yeetily_Deet200
2 ups, 1w,
2 replies
Not gonna lie but the Christians in this chat seem pretty pissed

Smh
imBARF
0 ups, 1w
Lol
Deebos06
0 ups, 1w
They kind of have a reason
SwillPhift
2 ups, 1w,
1 reply
imBARF
0 ups, 1w
Ikr
Obi--Wan--Kenobi
1 up, 2w,
1 reply
As a time traveler, this is very true
imBARF
0 ups, 2w
Ye
FrostTheGlaceon
1 up, 2w
in the 41st millennium its either "the emperor" or "warp f***ery"
Deebos06
3 ups, 1w,
1 reply
When you don't know anything about history but you're also an atheist
imBARF
1 up, 1w
dude
its a joke
no need to get defensive
MEGAMEMEMASTERJ
2 ups, 1w,
1 reply
Dirt_Poor_Robins
0 ups, 1w,
1 reply
He's a bit more real than even most Christians believe. Deep, complex stuff that even I dont understand. But my father understands enough and it. Is. DEEP.
MEGAMEMEMASTERJ
0 ups, 1w,
1 reply
He isn't real at all. The deeper the Christians go, the farther the truth goes. Every believing argument has a deeper flaw, and at the bottom, is the plain fact that there is no possible way for such a being as god to exist.
Dirt_Poor_Robins
0 ups, 1w,
1 reply
The thing is though that you can explain some things through christianity and have absolute proof. But you can explain more things through science. I recently saw a clip from "Young Sheldon" he was talking about how the odds of our universes gravity being as it is, just a little stronger and everything would fall to the bottom, a little weaker and nothing would be able to combine so nothing would be larger than an atom. you cant tell me that we just so happened to: have a universe that was created from nothing by chemicals that still so happen to exist and have every kind of herb, metal and animal we would need to treat most diseases and evolve yet not enough to get further than the moon. if the spirit exists, than the spirit world (aka Heaven) exists, and if an alternate universe can exist in another reality, than Heaven can exist too, if Demons exist, which we see everyday but we dont pay enough attention to notice, than Angel's exist too. Many men are lost in the way of christianity, it's easy too do so, but my family knows what is the perfect balance between the Dream-like-yet-real existence of god, and the earth we live on. Life is a trial, so when you die you will be judged for your actions. So Please take heed.
MEGAMEMEMASTERJ
0 ups, 1w,
1 reply
Mathematically, the universe's gravity couldn't of been anything else, so there was no chance involved. Human progress is bound to have some limitation, if that limitation is the moon, it doesn't evidence anything. Plus, we will probably eventually reach Mars. The spirit doesn't exist and neither do demons. When you die you are just dead, no mystical other dimensions, no scientifically impossible deities, no magic involved.
Yeetily_Deet200
0 ups, 1w,
1 reply
Exactly. The only reason religion and Christianity was so prominent back in the day was because the Church could silence any “heretics”. Now that they can’t kill smart people, religion is unraveling.
Deebos06
0 ups, 1w,
1 reply
Atheists when they find out Sir Isaac Newton and Leonardo Da Vinci we're Christians and they were two of the smartest people to have lived:
Yeetily_Deet200
0 ups, 1w,
1 reply
How does that argue at all with what I said

I never said Christians were dumb, just that they used to kill Atheists, which generally have more common sense
Deebos06
0 ups, 1w,
1 reply
They never did kill atheists, I honestly have no idea where you got that from
Yeetily_Deet200
0 ups, 1w,
2 replies
”Thirteen Muslim countries officially punish atheism or apostasy by death and Humanists International asserts that "the overwhelming majority" of the 193 member states of the United Nations "at best discriminate against citizens who have no belief in a god and at worst can jail them for offenses dubbed blasphemy".”

Werner Heisenberg (1901-1976), a German theoretical physicist and one of the key pioneers of quantum mechanics. He was awarded the Nobel Prize in 1932. He was a Lutheran and a member of Germany's largest Protestant religious body, the Evangelische Kirche. He said, “The first gulp from the glass of natural sciences will turn you into an atheist, but at the bottom of the glass God is waiting for you.”

Astrophysicist Carl Sagan said, “An atheist has to know a lot more than I know. An atheist is someone who knows there is no god. By some definitions atheism is very stupid.”
MEGAMEMEMASTERJ
0 ups, 1w
30% of Americans are atheist and 60% of scientists are atheist. Along with those ignorant quotes from desperate believers, it kinda says something about god's absurd said existence.
Dr.Evil-ish
0 ups, 2w
Maybe
[deleted]
0 ups, 2w,
2 replies
Nickolai_The_Beast
0 ups, 1w
Nobody cares plus i dont have a pet
imBARF
0 ups, 2w
Shut up
AMARTYATIWARI
0 ups, 1w
Nah dude MOST people still need some sort of an invisible help (mathematically speaking - a favourable chance/possibility) during stuff like exams of subjects they're generally weak in, extremely bad times (like when a person becomes suicidal level of bad times) etc etc. Whether that invisible power (aka god) exists or not is a debate of its own, but the mere feeling of having even the slightest chance of things working out in your favour with the help of that power releases the stress and tension of such people.
Lambdadelta
0 ups, 1w,
2 replies
Then answer the questions yourself and keep yourself in the dark and keep being pessimistic and keep on living in that same basement because you can't answer some questions.
imBARF
0 ups, 1w,
1 reply
Answering every question with “oh it was god” is keeping yourself in the dark.
Lambdadelta
0 ups, 1w,
1 reply
Since you said every question, I can see your point there. But my point is that there are some questions that cannot be answered. The "why" is the hardest to explain because no one knows anything besides knowing how to do a certain thing. I agree with your point because if you answer the "how" with god, it would be an ignorant expression that deprives people of essential knowledge. (Depending on god for all, everything won't help you unless you do it yourself and know how to yourself.)
CheapTrashy
0 ups, 1w
Lambdadelta
0 ups, 1w,
1 reply
Scientists focus on the "how" and not the "why". So questions like "why is?" is often omitted and is out of the question. If it can be explained and you can explain the how and why, then enlight me genius.
Waffle-the-questionable
0 ups, 1w
Bob_man
0 ups, 2w,
1 reply
shut up
imBARF
0 ups, 1w,
1 reply
What
Bob_man
0 ups, 5d
you're mocking my belief bro
Show More Comments
Flip Settings