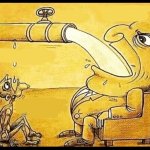 Upvotes are nice, but there are a lot of other nice things about Imgflip too and a lot of ways to find and have fun here besides upvotes :)

If you're looking for more upvotes, I think the top users on Imgflip usually use the "formula" captured in my image. 😎
TheCum
14 ups, 2m,
7 replies
Yeah. Don’t just reply to every single comment like “lol” or “ikr” or “yes”. It’s not cute. It’s not funny. It’s annoying, it’s cheap, and everyone knows that they’re trying to do… at least I hope people do….
I-upvote-your-memes
6 ups, 2m,
1 reply
TheCum
4 ups, 2m
kewlew
4 ups, 2m,
1 reply
screen shots of comments memes is the worst cancer on img flip!
you could not be more wrong but hey the human brain isn't fully developed till age 22 so youll get it eventually.
TheCum
3 ups, 2m,
3 replies
Because I guess showing examples via screenshots is cancer now.

I was kind of expecting you to give me an actual reason for why replying to every single comment was a good idea, but all you’ve done is mention my age and say I’m wrong.
kewlew
2 ups, 2m,
1 reply
you are welcome!
HappyHolidaysJonathan
5 ups, 2m
Man you suck at proving a point.
Turkey_
1 up, 2m,
1 reply
A while ago I was actually told by Kate_The_Grate that that was a good idea. I only do that because she told me it was smart and she’s a community mod so I figured she would know.
TheCum
2 ups, 2m,
1 reply
The fact that even a site mod says it’s a good idea is very alarming to me.

And it shows that you really did adopt the tactic for upvotes. You wanted your comments to give the meme traction (on top of people upvoting your comments to begin with) and make it “reach the front page.”

I wonder if Kate also said that meme plugging 10 times for the same meme is a good idea.
HappyHolidaysJonathan
1 up, 2m
I
[deleted]
0 ups, 2m,
1 reply
TheCum
2 ups, 2m,
2 replies
Oh I didn’t realize being annoying was polite.

We all know what they’re up to when they reply to every comment without reason: upvotes.
Turkey_
2 ups, 2m
Honestly when I do that, I’m not in the comments for the points, I just like replying
[deleted]
1 up, 2m,
2 replies
TheCum
2 ups, 2m
That whole statement you just said epitomizes everything wrong with modern imgflip users.

Imgflip is better than that. And hopefully, so are you... hopefully...

They followed the formula day in and day out for a month, made 100k points (which was a lot for the time) became famous and then had lots of front page memes.

Notice the #4 part of the formula. A lot of users these days seem to mostly make text comments. Seems to me most old school top users generally used or use all four parts of the four part formula, including making mostly meme comments.
Sensei-Lucario
3 ups, 2m
yeah I already try to do the fourth part.
it's somewhat successful unless you have negative comments on the image
Subjectivitis
2 ups, 2m
Lol all we are doing is creating clicks free of charge on some obscure site.
Show More Comments
Flip Settings