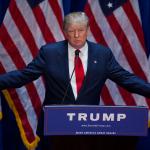 Caption this Meme
Best first
Latest first
Oldest first
16 Comments
antithesis
7 ups, 7m,
1 reply
More real Americans voted for Biden.
lokiare
1 up, 7m,
1 reply
Nope state legislature investigations in swing states say that's false.
MiniAppleIs
1 up, 7m
The investigations that proved to be bullshit in court.
MiniAppleIs
4 ups, 7m
Pretty lousy litmus test!
BidenAndTrumpBothSuck
4 ups, 7m,
2 replies
I am an independent who voted for Trump four years ago. Much to my chagrin. This time I voted for Biden to remove Trump. I was a real American then and I am a real American now. Do you know why? CAUSE I WAS BORN HERE AND AM AN AMERICAN CITIZEN!!!
lokiare
2 ups, 7m
So you admit you voted against Trump and not for Biden? You do realize Biden is going to be 10x as bad as Trump, but he won't tweet about it right?
FlameWar
1 up, 7m
I don't believe you! Never trust an independent!
Kendle_The_Protogen
4 ups, 7m,
1 reply
well your definition of "real Americans" are the same ones who stormed the capital, douche.
FlameWar
1 up, 7m,
1 reply
That is exactly what real Americans do! Maybe there is some hope for you yet.
"And when a government no longer serves the people, the people have the right to alter or abolish it."
That quote is found in the our Declaration of Independance. Real Americans storm the Capitol building because that building belongs to the people.
"Americans, in name only" loot and destroy private property, which is what we saw last summer.
Kendle_The_Protogen
0 ups, 6m,
1 reply
That does not make it right, it only makes Americans look worse overall, and as an american i dont want to be grouped up with a bunch of self-destructive Sheep, following a shepherd who is just as bad, if not worse.
FlameWar
0 ups, 6m,
1 reply
I may be a sheep but I do my best to follow one shephard and its not Donald Trump.
How many shephards do you follow on Twitter and Instagram?
Kendle_The_Protogen
0 ups, 6m,
1 reply
none, as i have neither social media.
FlameWar
0 ups, 6m,
1 reply
Good for you! I just recently deactivated my FB. I dont care to have my info monetized.
Kendle_The_Protogen
0 ups, 6m
i stay away from social media because of all the damn hate out there.
Captain_ACAB_of_the_Antifa
1 up, 7m,
1 reply
Donald trump is the most treasonous, anti-American packet of slime to defile the office of the President.
Kendle_The_Protogen
1 up, 6m
agreed.
Show More Comments
Flip Settings

Caption this Meme
Created with the Imgflip Meme Generator
IMAGE DESCRIPTION:
REAL AMERICANS VOTED FOR DONALD J TRUMP; IF YOUR NOT SURE WHAT A REAL AMERICAN IS... THEN YOU AIN'T ONE!
hotkeys: D = random, W = upvote, S = downvote, A = back
Feedback
<![endif]-->