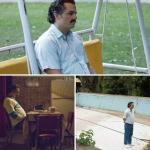 Caption this Meme
Add Meme
Add Image
Post Comment
Best first
Best first
Latest first
Oldest first
11 Comments
reply
PRESIDENT_ELECT_TheBigPig
1 up, 1m,
1 reply
Oh, they hate America.
But the sad part is that it’s only half their fault.
The rest of the blame lies solely on the media.
reply
[deleted]
0 ups, 1m,
2 replies
Read my meme, you thief.
You stole my idea that republicans think democrats are communists.
https://imgflip.com/i/4j6f76
reply
PRESIDENT_ELECT_TheBigPig
1 up, 1m,
1 reply
Dude.
Nowhere in this comment did I say all Democrats are communists.
reply
[deleted]
0 ups, 1m
Ok, cool.
reply
Bluessol
0 ups, 1m
They only believe that because most of them are, the rest of the Democratic Party became independents or joined the republicans.
reply
[deleted]
1 up, 1m,
1 reply
Okay, one more time so it sinks in.

Post modern Progressive liberalism is a mental disease, a cancer of the intellect. And like any malignant cancer, you cannot reason, bargain or negotiate with it. You can only hope to eliminate it before it consumes the host off of which it feeds without mercy.

You may as well go down to your local nut house and debate the inmates. Same result. Always.
reply
Bluessol
1 up, 1m
Lol, so true but I enjoy rattling the cage and seeing the reactions.
reply
Dr.Strangmeme
1 up, 1m
reply
PRESIDENT_ELECT_IncognitoGuy
0 ups, 1m
reply
DubV
0 ups, 1m
For the left, patriotism is the new racism.
reply
synthetic-Mantis
0 ups, 1m
liberals can do something pro-american by *literally* not spending money on military or israeli aide. trump could own the left by legalizing marijuana and banning private prisons rn

Caption this Meme
Created with the Imgflip Meme Generator
IMAGE DESCRIPTION:
WAITING FOR LIBERALS; TO DO SOMETHING; PRO AMERICAN
hotkeys: D = random, W = upvote, S = downvote, A = back
Feedback
<![endif]-->