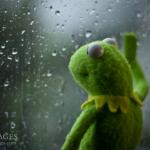 Caption this Meme
Best first
Latest first
Oldest first
6 Comments
SydneyB
5 ups, 2y,
1 reply
Why? Trump will do something dumb again... One day. Don't worry.
Shame, you were fairly reasonable for a far lefty.
UllehS
2 ups, 2y
Thank you. I came to imgflip to create meme advertisements for a school project. I was then just drawn to how lovely the community was. I then learned the politics section's front page was mainly run by conservatives. I decided to join it, reading through comments and posts to get a better sense of conservative logic. My purpose here was to get an unbiased view of opinions from both the right and the left, sometimes interjecting with my own opinions. Now, however, I have built up enough karma to join reddit's r/dankmemes. Reddit also has a fairly both-sided political meme section. I no longer need imgflip's generator because I now use photoshop.
So thank you all, for creating an amazing community I could not be happier to be part of.
OberstGylbert
3 ups, 2y
Bloody shame too
VagabondSouffle
3 ups, 2y,
1 reply
Why?

Please reconsider if you can.
UllehS
0 ups, 2y
Read above
RedBarron1
3 ups, 2y

Caption this Meme
Created with the Imgflip Meme Generator
IMAGE DESCRIPTION:
THIS MAY BE ONE OF MY LAST POSTS ON IMGFLIP
hotkeys: D = random, W = upvote, S = downvote, A = back
Feedback