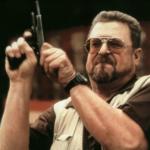 Caption this Meme
Best first
Latest first
Oldest first
145 Comments
norsegreen
9 ups, 4y,
4 replies
It is the epitome of ridiculousness.
Urdnot-Trex
5 ups, 4y,
2 replies
Did you hear in D.C they are trying to make it to where you need a license to allow your children to play at the park?
[deleted]
7 ups, 4y,
2 replies Section 1.
The District constituting the seat of Government of the United States shall appoint in such manner as Congress may direct:

A number of electors of President and Vice President equal to the whole number of Senators and Representatives in Congress to which the District would be entitled if it were a State, but in no event more than the least populous State; they shall be in addition to those appointed by the States, but they shall be considered, for the purposes of the election of President and Vice President, to be electors appointed by a State; and they shall meet in the District and perform such duties as provided by the twelfth article of amendment.

Section 2.
The Congress shall have power to enforce this article by appropriate legislation.
VagabondSouffle
3 ups, 4y,
1 reply
Somewhere between it not having voting representatives and Puerto Rico and the Territories not being able to vote in Presidential Elections, I got mixed up.

Caption this Meme
Created with the Imgflip Meme Generator
IMAGE DESCRIPTION:
AM I THE ONLY AROUND HERE; WHO THINKS IT'S RIDICULOUS THAT YOU NEED A PERMIT FOR YOUR DAUGHTER TO SELL LEMONADE ON YOUR OWN PROPERTY?
hotkeys: D = random, W = upvote, S = downvote, A = back
Feedback