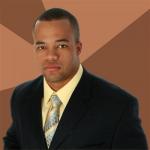 :D
Meme_Kitteh
3 ups, 4y
THANK YOU. FINALLY, SOMEONE WITH A BRAIN.
jkamm
2 ups, 4y,
1 reply
More than half of today's white population has derived from families who have not migrated in the US until AFTER the slavery era.
Young_Grasshopper
3 ups, 4y
Not to mention that the descendants of those who did own slaves are not guilty of their ancestor's wrongdoings
StudioOBC
2 ups, 4y jakey199
1 up, 4y
LordGizmo
1 up, 4y,
1 reply
Meme_Kitteh
1 up, 4y,
1 reply
I don't.
SydneyB
1 up, 4y,
1 reply
Meme_Kitteh
5 ups, 4y,
1 reply
I'm a feminist that hates men and women equally. =)
SydneyB
1 up, 4y,
1 reply
Meme_Kitteh
4 ups, 4y
Don't discriminate, hate everyone! =)
SilicaSandwhich
1 up, 4y
This template made some of the edgiest shit that impact font memes had ever seen!
+1
DashHopes
1 up, 4y
james3v6
1 up, 4y
SydneyB
1 up, 4y
Thunor4445
1 up, 4y,
1 reply
Yeah the past is gone, it doesn't exist.
dobbys_boggart
3 ups, 4y
Actually, there is a YouTube video called "Space and Time into a single Continuum," which explains that, since time is an illusion, the past still exists, and the future already exists. Lol.
But yes, there's nothing we can do to change the past. And the villains of history, and their victims, are now beyond the reach of mortal justice.
[deleted]
0 ups, 4y,
1 reply
the past is the past but how do u expect ppl to forgive and forget when its something that bad. i take no sides im liethuanin american.
dobbys_boggart
2 ups, 4y
Well, the Holocaust was super bad, but that wouldn't gives today's Jews the right to give today's Germans crap over it.
The bombing of Pearl Harbor was bad. But today's Americans shouldn't give today's Japanese crap over it.
Descendants don't inherit their ancestors' guilt.
Show More Comments
Flip Settings

Caption this Meme
Created with the Imgflip Meme Generator
IMAGE DESCRIPTION:
White people owe an apology; for absolutely nothing. History is in the past.
hotkeys: D = random, W = upvote, S = downvote, A = back
Feedback