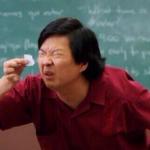 The honest press concurs ...
ThisNameIsCreative5
1 up, 5y
Swagzilla2003
6 ups, 5y,
1 reply
Nearly doubled the national debt
His healthcare policy failed
Gave himself an award
Got the Nobel Peace Prize, and then went to bomb 7 foreign countries
Gave terrorists a heads up before attacking them
Uneployment rate went down, but number of people unemployed went up
Benghazi
Hundreds of scandals
Homeless vets
Being a chronic liar
Relationship with Israel lacking
The rise of ISIS after leaving Iraq
The rise of home-grown terrorist attacks
Iran Nuclear Deal
Releasing 4 terrorists for a deserter
Attacking Libya with no approval by Congress
Mentioning himself over 40 times in his farewell speech
More illegal immigrants
More drugs, diseases, and rape as a result of of those illegals
More racial division, even after saying it was "better" under him
Disrespecting cops, the very people that keep him safe on a daily basis
Ignorance of his disregard to the Constitution
China is now the world's largest economy
The rising level of people surviving on foodstamps
Failing to call terrorist attacks Radical Islamic Terrorism
And much more!
[deleted]
4 ups, 5y,
1 reply
Not to mention degrading America's bond rating for the first time in history.
[deleted]
2 ups, 5y
TyroneShoelaces
4 ups, 5y
MemeSpirited
3 ups, 5y
johnnyhaul
2 ups, 5y
SHARED IT!
CourierCommenter
3 ups, 5y,
1 reply
He's done a total of about 51 things. Guess how many of whichever positively effect our daily lives?
ThisNameIsCreative5
6 ups, 5y,
1 reply
Depends on if you're on Welfare and ObamaCare.
CourierCommenter
2 ups, 5y,
1 reply
The point is that he has done something, but very little.
satyricon
4 ups, 5y,
1 reply
Like putting a record number of whistle-blowers in prison.
ThisNameIsCreative5
4 ups, 5y,
1 reply
satyricon
2 ups, 5y
You got it. Or someone else in a high position.
gutbelly1235
1 up, 5y
low rated comment (click to show)
TheSavageDragon
1 up, 5y,
1 reply
Swagzilla2003
2 ups, 5y,
2 replies
Or you could be one of the millions of Americans that has a health care plan other than Obamacare. Just a thought. Also, another "tolerant" liberal calling other people with a different viewpoint a-holes.
[deleted]
2 ups, 5y,
1 reply
TheSavageDragon is just showing off what he learned in the public schools and from his ultra-liberal college professors, assuming that waste of skin even went to college.If he did, it was probably to deliver pizzas at the dorm.
[deleted]
0 ups, 5y
He's also trolling...
ThisNameIsCreative5
0 ups, 5y
Or you could end up on the streets anyways with those insurances due to raised premiums.