Does blood actually boil? Cause I think my blood is boiling... 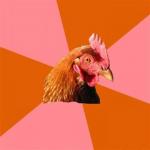 4 for 4.....lol
[deleted]
8 ups, 5y
davidguitarhero
5 ups, 5y
....ughhh, why does my generation have to screw everything up?...
[deleted]
10 ups, 5y,
1 reply
There are other ways of getting across the road.
ChumpChange
7 ups, 5y,
1 reply
The chauffeur routine eh? LOL
a1508a
5 ups, 5y,
1 reply
[deleted]
3 ups, 5y
timberwolf81470
9 ups, 5y,
1 reply
ChumpChange
10 ups, 5y,
1 reply
timberwolf81470
5 ups, 5y,
1 reply
BlueNinja
8 ups, 5y
Why did the millennial cross the road? To take his dog over to crap in his neighbor's yard so he doesn't have to hire a proper scooper or pick it up himself like the rest of humanity!
[deleted]
8 ups, 5y,
1 reply
my job is stuck between millennial hangouts and hipster businesses.. so the upside is i'll never run out of ideas for memes. the downside i may go to prison someday for killing one of these self entitled coffee lid sniffers lol
ChumpChange
10 ups, 5y,
1 reply
My biggest struggle is getting them to understand responsibility and obligation. I keep drawing on my own childhood but it's like none of anything is relevant anymore between the generations. Most of the time I'm at a loss with the laziness and sense of entitlement and all I can do is shake my head when I think about them all grown up. Life just doesn't work that way OMG
[deleted]
6 ups, 5y
Right on. I'm a child of a boomer and I completely believe I am a responsible respectable person because my parents and grandparents worked hard, took responsibility for their actions, prayed a lot, and persevered when adversity came their way.
Fox_Holmes
7 ups, 5y,
3 replies
Not all millennials are like that... (case in point me =P)
That being said, a lot of them are entitled little sh*ts who's parents raise them on technology rather then raise their kids themselves. I was lucky enough to have good parents to not end up absolutely nuts.
BlueNinja
7 ups, 5y,
2 replies
And a lot of them have crazed parents, too.... I used to work customer service for an airline and it was so easy to tell when a millennial called because they were typically demanding, entitled, dropped a lot of f-bombs, and refused to take responsibility for their own actions (like showing up for a commercial flight 30 mins before takeoff and expecting the red carpet treatment).
ChumpChange
6 ups, 5y,
2 replies
I can't speak for other parents (tho you're right lol) but we try very hard to stick to and enforce some of the "old" values like MANNERS, responsibility, hard work, dedication etc.

It's like talking to a wall and our kids straight up tell us no and refuse - do it to teachers...everyone. I have no idea where it comes from or how they even have the balls to do it, but they do. Frustrating to no end. I dunno.
[deleted]
5 ups, 5y,
1 reply
ChumpChange
7 ups, 5y
......yes
Fox_Holmes
4 ups, 5y,
1 reply
Manners is getting harder to teach because of video games the internet. It's not because the either are bad, it's just how people use it. So many young children play games like COD and GTA, and games like that, as well as the internet in general, are FILLED with jerks with jerks who let all their frustrations or problems on the internet, or maybe they're just plain sociopathic. Going back to COD and GTA - those are violent and brutal, as well as very explicit games. When given to an adult or teenager, they know that it's inappropriate and just a game, and thus don't take it the same way that young children do. It's like soaking a sponge in poison.

Everything I stated above is the reason for their defiance. And while it's good that they can advocate and speak up for themselves, they are being given absolutely awful teachers - people on the internet. Sure, not all communities are bad - case in point, Imgflip. But there's so much nastiness, it's hard to keep them from learning all the wrong things.

But that's just my two cents. Er, paragraphs.
ChumpChange
3 ups, 5y
True story. I have to do some messed up stuff to accomplish what I'm after with restrictions because of it. I like them but on the other hand it opens up YouTube to crap I don't want them viewing. It's a battle I'm tired of having so I've loosened up some. Could I do it? Yeah.
Fox_Holmes
4 ups, 5y
Swearing? Who gives a f**k :3

But seriously, swearing is only considered bad and hurtful because we're told that our whole life. Our society gives these words power, and use of them should be common; they're just adjectives (or nouns, but usually adjectives. And occasionally verbs). Swearing a lot is a step in the right direction as far as I'm concerned. It means swears have less impact, and makes it acceptable to talk about more issues (I mean, if everyone was as comfortable with sex ed as we were with swears - don't get me started). However, considering the society we are currently in, self control should be taught, and they should know the appropriate situations for swearing.

As for the demanding and entitled bit... That's more a problem with our public school systems than anything. They're so afraid of offending anyone that they give awards to everyone regardless of who actually won, and it's gotten a little out of hand. I mean, participation awards are very new, and we can see the affect it's having in the way people act now. It's kind of scary.

Anyways, that's a long paragraph for no adequate reason. Enjoy!
ChumpChange
3 ups, 5y,
1 reply
LOL good for you! Lumping everyone together prevents the need of disclaimers and just part of the joke. Always there are exceptions! Both directions!

I agree with the tech but they also need to know how to use it. These are challenges and speed bumps that we parents have to face that no other parent in history had to. It's not easy. Worst part is I've been an IT admin for many years but my kids don't care to learn, at all, how all this magical stuff works. They just want to use it and watch garbage like Jack Septiceye behind my back.

It'll be interesting when they are adults and have fewer choices in life...
Fox_Holmes
3 ups, 5y,
1 reply
I never said they didn't need to learn, I love computers and am currently teaching myself python.
I also saw you saying that you are having trouble teaching responsibility, and if you don't find it rude, I'd be glad to share with you how I learned responsibility (and I understand that me giving you advice on how to raise your child may feel a little weird =P)
Also, I personally love jacksepticeye because he feels like a person (you see it when he does his "real talk" videos, or videos where he gets serious and talks about issues) and use how he can be off-putting from his style of comedy. But I also th ink family guy is a rip-off of the Simpsons, which I also think has been going downhill for a while. It's all personal taste.
ChumpChange
4 ups, 5y,
1 reply
I don't mind the guy or his show because it's PG-13 at worst, which I respect. It's the obsession my kids have for him I have an issue with.
Fox_Holmes
4 ups, 5y,
1 reply
I remember before I left imgflip for a while, discussions like this were common. I don't know what happened, and it makes me kinda sad how most discussions are just insults.
As for the obsession, come on. I know it feels weird but I bet you had something you loved a lot at their age, whether it was a band or a hobby. The only time to be worried is if they never outgrow their obsession... But that's another story.
ChumpChange
5 ups, 5y,
2 replies
I never did. I never understood spending more of my time on someone else. I never got into celebrity gawking or music band following. I just never jumped on bandwagons or followed fads like everyone else. I wasn't a stick in the mud, just never saw the point.

When my kids can only talk about his show, what he's doing, writing fan fiction more than doing anything else in life, etc then I think it's become an unhealthy thing. My kids do a lot of this which is why they suck so badly in other areas of life. Jack isn't gonna do squat for them once bills roll in and they want a roof over their head...
Fox_Holmes
6 ups, 5y,
1 reply
I can see why you find it odd, never having an obsession yourself. However, your description of their activities does seem a little... Unhealthy. I suppose if they write fan fiction, they probably like to write. Maybe they just need a push in the right direction... But yeah, I can definitely see that being a problem.
ChumpChange
4 ups, 5y,
1 reply
I like to write as well so I've been trying to get her to expand her her comfort zone so she can do something with it.

Caption this Meme
Created with the Imgflip Meme Generator
IMAGE DESCRIPTION:
WHY DID THE MILLENNIAL CROSS THE ROAD? HE DIDN'T; THE WORLD REVOLVES AROUND HIM SO ALL HE HAD TO DO WAS NOTHING....LIKE USUAL
hotkeys: D = random, W = upvote, S = downvote, A = back
Feedback
<![endif]-->