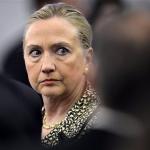 renegade_sith
8 ups, 5y
CourierCommenter
8 ups, 5y,
1 reply
She wants to legalize it...
[deleted]
1 up, 5y,
1 reply
[image deleted]
CourierCommenter
1 up, 5y
We must treasure it
[deleted]
5 ups, 5y,
1 reply
IWantToBeBacon.com
5 ups, 5y
I mean it. Thank you :)
H2O
5 ups, 5y
PERFECT!
PizzaScience
5 ups, 5y,
1 reply
low rated comment (click to show)
Foxcheetahsp
3 ups, 5y,
2 replies
renegade_sith
4 ups, 5y,
1 reply
Yeah I can't believe that Trump called blacks "super predators" and called latinos "needy", oh wait, that was Hillary.
[deleted]
1 up, 5y
:)
PizzaScience
1 up, 5y
Who need a reason?
tetsuoswrath
7 ups, 5y,
1 reply
That's so perfect! X{D
IWantToBeBacon.com
13 ups, 5y,
1 reply
Thanks :) However, if it gets too popular I might end up committing suicide via two bullets to the back of the head ;)
tetsuoswrath
11 ups, 5y
lol Right? The coroner is going to be so upset about it that he commits suicide in the same way. X{D
ChampJ
3 ups, 5y
MissMelodia
1 up, 5y
Rikublade14
1 up, 5y,
1 reply
I went to your profile and read your summary. I then clicked on your name like a link to the website.....
IWantToBeBacon.com
1 up, 5y,
1 reply
:)
[deleted]
0 ups, 5y
That's super cool... I put together a meme collection "book" but I don't think I could officially publish it or I'll get sued!
satyricon
1 up, 5y
imgflip.com/i/1da10e
[deleted]
1 up, 5y,
1 reply
Is Hillary Pro-Choice?
IWantToBeBacon.com
4 ups, 5y,
1 reply
yes. hillary is very pro-choice. So much so she said on the View that even hours before birth that “The unborn person doesn’t have constitutional rights.”
[deleted]
3 ups, 5y,
1 reply
Totally Despicable.
IWantToBeBacon.com
4 ups, 5y
agreed
Tttony
4 ups, 5y,
2 replies
Hey Bacon. How would it feel for your mother to die trying to give birth to your stillborn sibling even though it could have been prevented?
IWantToBeBacon.com
5 ups, 5y,
3 replies
How about you don't pull out the extreme cases to justify the common ones?
Nythrius
3 ups, 5y
TylerPhoenix
1 up, 5y,
2 replies
Isnt that exactly what you are doing Bacon? Most people like myself, and I can cite sources if need be, are against late term abortion bans only because they never include the exception for the health of the mother as determined by a doctor. I dont think anyone wants to carry around a baby for 8 1/2 months and then decide they dont want it anymore so lets go through a risky procedure to abort it just because.
We can never have common sense compromise because people attack us on late term abortions and people like me will never support it until the mother's health is included.
IWantToBeBacon.com
1 up, 5y,
1 reply
You know at this point I would settle for case by case review. Not some blanket everyone gets a pass becasue there are some extremes. Though as a parent myself, I personally wouldn't put my health above my child's. I would die a 1000 deaths to prevent my children from 1.
TylerPhoenix
1 up, 5y,
1 reply
" I personally wouldn't put my health above my child's." And thats your PERSONAL decision. I totally support that. I also support only you making that decision, as I would not support the government if they made it mandatory to abort a child, like China did for decades. See how that goes?

A case by case basis by review sounds good, but how does that work when a mother comes rushing into a hospital with life threatening conditions and she or her doctors have to wait for some bureaucrat to decide if its ok for her life to be spared from a dead fetus?

Caption this Meme
Created with the Imgflip Meme Generator
IMAGE DESCRIPTION:
HEY HILLARY! HOW DOES IT FEEL TO BE ABORTED 10 DAYS BEFORE DELIVERY?
hotkeys: D = random, W = upvote, S = downvote, A = back
Feedback