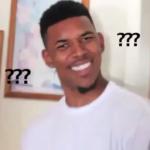 ApritelloIsLife
10 ups, 6y
CrazyPowerMetaller
3 ups, 6y
So true!
H2O
21 ups, 6y,
1 reply
I think the feminist movement WAS useful, but now it's becoming like every other liberal social reform BS; In the pursuit of equality, we have started simply reversing sexism; Now saying anything about a woman can get you fired, or at the very least ruin your reputation.
It's sad too, because I suspect that women who do work hard and have good positions don't like the fact that women who are less "industrious" can jump to the top based on their genitalia.
Men and Women have equal rights now, no doubt about it; Sexism will always exist because there will always be egotistical men who think they are better than women. But the majority of men (Including myself) have no problem with an independent, successful woman striving to do her best.
[deleted]
11 ups, 6y,
1 reply
H2O
14 ups, 6y,
3 replies
BlueNinja
7 ups, 6y,
2 replies
H2O
7 ups, 6y,
1 reply
Women are upset by that stereotype though. And no woman expects to get paid for taking care of her children; I've known many many mothers with 2, 3, 4, 5+ kids who find great joy in taking care of their families. Feminism tells them that being a stay at home mom is a bad thing that limits them and makes them slaves to men.
BlueNinja
3 ups, 6y,
2 replies
But the job is hard work and there's no pay. Society now makes women simultaneously ashamed of being a stay at home mom yet expects women to work full time and do the majority of the domestic duties. And they still get paid less because we live in a patriarchal society.
Zuldoon
2 ups, 6y,
1 reply
If we live in a so called patriarchal society how come we cut part of a boys dick off at birth and how come men almost always lose custody battles and how come men when raped barely receive any help
BlueNinja
0 ups, 6y,
1 reply
Why haven't we had a female president yet in the 200 year history of this country? Why were liberated male slaves given the right to vote before rich white women? Why is it okay for women to bare their beasts in public in a sexual manner but not for the feeding of a child? We definitely don't live in a matriarchival society. .. at least not yet :)))
Zuldoon
1 up, 6y
Weve had millions of female candidates the people just haven't voted and guess which gender votes more, female. Rich woman could vote years before slaves and it is not okay to bare your breasts for sexual reasons in public any where
Tyler4987
1 up, 6y
https://www.youtube.com/watch?v=wjWBXbGVyQU
Zuldoon
2 ups, 6y
That they chose to do
Dankerson
4 ups, 6y
CrazyPowerMetaller
1 up, 6y
I agree.
Wizeasser
12 ups, 6y
[deleted]
12 ups, 6y
[deleted]
11 ups, 6y
la_firefighter
7 ups, 6y
Nailed it
ak3647
11 ups, 6y,
5 replies
Because men are oppressed...how exactly? It's not like you get paid less for doing the same job as a woman, pretty sure it's the other way around.
DeathCStalker
8 ups, 6y,
2 replies
It's not like men only have a 20% chance of winning a custody case in family court... It's not like men are the majority of suicides... It's not like men are more likely to die on the job... It's not like men are EXPECTED to feed a family when a mother is perfectly capable of doing it... It's not like men almost never get a say-in during abortions...
DeathCStalker
4 ups, 6y
It's not like women get shorter sentences than men for the same crime... It's not like women can ruin a mans reputation by simply stated she was raped by him... It's not like men don't get any-to-little help when they are raped...

Side note: If you f**king want equality, be my go***amned guest... But make it TRUE equality and focus on rights that WOMEN HAVE that MEN DON'T. Not just the so-called "Patriarchy."
BlueNinja
1 up, 6y,
1 reply
The whole 'men are expected to feed the family' thing is rather outdated, don't you think? Women are equally expected to earn a paycheck now and simultaneously take care of the kids. I mean wasnt it men who said that a womans place was in the kitchen to begin with? Plus, the whole term deadbeat dad didn't just arise out of nowhere. As far as abortions go, what if men were the ones who got them? Do you really think women would be able to tell them they couldnt?
DeathCStalker
2 ups, 6y
Once you have sex and you/her are pregnant, you lose your individual decision to terminate a child... It is no longer your choice whether you have the child... It's BOTH the parents decisions. That's the argument I'm pointing out, the man/FATHER is never taken into account...
Zuldoon
5 ups, 6y
The wage gap does not account for hours worked or job position it is just the rounded up average of male and female workers pay
MrNobody
5 ups, 6y,
2 replies
Wage gap is a lie in 2016. Besides almost every HRM positions are held by women...
[deleted]
3 ups, 6y,
3 replies
And 90% of all nursing jobs, and 89% of all teaching positions. 71% of all HR positions are held by women btw
[deleted]
4 ups, 6y
https://i.imgflip.com/11483m.jpg
MrNobody
2 ups, 6y
Yeah but men have to be ok since they are the ''oppressors'' !
BlueNinja
0 ups, 6y,
2 replies
Who holds the majority of upper level management jobs? Or doctors? In the 60 someone I know looked into being an animator for Disney and was told that wasn't a job for a woman. Schools were teaching the females how to be homemakers but not the males. Are we to belive these things happened because females wanted it that way?
[deleted]
2 ups, 6y,
1 reply
And who is willing to work 60+ hours/wk for 20-30 years straight? Who makes the decision to apply for medical school knowing the demands that will be placed on them? NO ONE FORCES anyone to apply for medical school ... and if you'll do a little research, you'll find that now, the female/male distribution for those entering medical school has reached parity.

I can't help history but I'm not going to be bound by it either. And by bound, I mean whining and complaining, constantly bringing up outdated statistics from 50+ years ago (today there IS NO gender gap except in Hillary Clinton's campaign), refusal to recognize that some groups work more hours and are willing to forego family commitments, and that some groups naturally trend toward different occupations in general than other groups.
BlueNinja
0 ups, 6y,
1 reply
Your inference that women aren't willing to work 60 hrs for 20 to 30 yes straight was just disproved by your last comment. And if you followed the thread from the start you would see that I was bringing up historical events to prove to the other guy that our society has been a patriarchal one from the start and not much has changed...
[deleted]
1 up, 6y
HAHA! If you see it that way, I can't help you. That wasn't an inference, it was a fact. Men work longer hours for more years than women. Over the course of time, it means more pay and more promotions.

But parity is being achieved as more and more women recognize that to get to the top, they can't take 15 years off work to raise the kids and take care of momma/daddy in their old age.
DeathCStalker
1 up, 6y
Oh whatever... I also have a friend who is actually going to college for Digital Illustration and she is being looked at by Pixar (Aka Disney.) It is not a job "for men." Your friend either was overlooked or Disney wasn't interested in het because there were animators better than her and she made up this big ol' sob story on why Disney is sexist.
HumanBeingWH
1 up, 6y,
2 replies
And HR set wages, not Finance?
MrNobody
2 ups, 6y
Personaly I've always negotiated my wages with a HRM (who always happen to be a woman), and never with Finance.
MrNobody
2 ups, 6y,
1 reply
Personaly I've always negotiated my wages with HRM (always a woman btw) and never with finance.
HumanBeingWH
1 up, 6y,
1 reply
And who tells HR where the cap is? Ah, I'm just shoving my two pen'orth in for fun really. I do think it's weird HR and Admin is mostly women, but, I think some women don't aim high enough, just like some men, and they settle for less. I hope you're happy with your wage packet MrNobody and you, and others where you work, get paid fairly for what they do.
DrSarcasm
1 up, 6y,
1 reply
Pay is lost when the worker takes an average of 1 day a month off, and wants to leave as soon as possible from work.
HumanBeingWH
1 up, 6y
Be the person male or female, cutting pay for that sounds reasonable.
Dankerson
2 ups, 6y,
1 reply
Immamegatroll
2 ups, 6y
Here you go, now you can't complain.

http://www.people.com/article/tallywackers-all-male-hooters-dallas
NemoNeem1221
2 ups, 6y,
1 reply
Ok, men aren't oppressed, but men are still supposed to be the "breadwinners" and work long hours, which keeps them away from home. Marriages and families suffer.
HumanBeingWH
3 ups, 6y,
1 reply
They don't have to be the breadwinner, they can be a stay at home dad and let their wives work. Or, how's this for RADICAL, a couple could NOT HAVE KIDS if they doubt their ability to pay for all they will want to provide for them.
NemoNeem1221
3 ups, 6y
You, sir or madam, have common sense!
[deleted]
5 ups, 6y
The_Springer66
4 ups, 6y
Show More Comments
Flip Settings