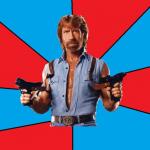 >google doesn't base its searches off of its founders

Not necessarily true. Majority doesn't always equal quality. Plus, groups such as the JIDF and ADL are covertly promoting/pushing websites and articles that are actively biased toward Israel, Jews, fake opposition and at times other things, such as their main programs, such as Communism/Marxism. Both sites have their downsides. overall

From the Hebrew/Jewish Talmud

Simeon Hadderson 56b: When the messiah comes, EVERY JEW/ISRALITE WILL HAVE 2800 SLAVES.

HIlkoth Axum X1: Show no mercy to the Goyim

Verse number unknown atm: May his name and memory be blotted out(reffering to a major Pagan God)

Also,
The Talmud overtly states that Jewish men can sexually abuse(but not marry) girls; particularly Gentile girls as long as they ARE 3 OR UNDER! In addition TO THIS, THE TORAH HAS NO LAW THAT PUNISHES NOR CONDEMNS CHILD MOLESTATION PEDOPHILIA!
[deleted]
0 ups, 7y,
1 reply
This is what you stated MORON, "Google has a substantial to severe bias toward Jewish/Hebrew propaganda, programs, sites, programs and Ideologies. Both its founders, Larry Page(now no longer with google) and Sergey Brin are are Jews." So if you are claiming that the founders are Jews and that the searches on Google are bias towards Jewish propaganda, then you are making the claim that the searches are being based off of the founders.

Your arguments are f**ked up and stupid. Goodbye and have a nice day, dumbass.
VivianX3
0 ups, 7y,
2 replies
And to you, Head full full of F**KING rubbish and crap.
VivianX3
0 ups, 7y
@d2enterprise
>I know for a fact that it is false
That's a good sheeple goy. No, not all of what they say is pro jewish propaganda, but many things are. Even today, some things slip through the cracks of their manipulation.
[deleted]
0 ups, 7y
I am not the one making claims that google mainly produces Jewish/Hebrew propaganda, when I know for a fact that this is false. So yea, go f**k yourself now asshole.
VivianX3
0 ups, 7y,
1 reply
Yeah right! The Jewish-backed Big Bang theory is a Big FAT CROCK OF SHIT! The Berg Bang theory is basically Jewish pseudoscience junk modernized. The cosmic background radiation that is said to be remnants of the Big Bang iare not from that; it is only clever suggestion and assumption! The same goes for the Berg Crunch!
[deleted]
0 ups, 7y,
1 reply
Amazingly enough, when using a credible search engine like Google, Berg Crunch and Berg Bang Theory don't even come up. So what are you trying to prove here exactly?
VivianX3
0 ups, 7y,
1 reply
[image deleted]Are you dense? When I said "Berg Bang" and "Berg Crunch" Its basically to satirize the two things!

8 to 15 years ago maybe. but surely not these days. Google has a substantial to severe bias toward Jewish/Hebrew propaganda, programs, sites, programs and Ideologies. Both its founders, Larry Page(now no longer with google) and Sergey Brin are are Jews. Paypal is filled with Jews. AND DON'T GIVE ME that crap about "its only a few bad apples among them wahhh!"

"There is no distinction among Jews, If a Jew doesn't appear hostile toward us, its out of slyness or cowardice, not because they love us" -J. Goebbels
[deleted]
0 ups, 7y
You are a moron. Google is more credible than Bing by a long shot. Google doesn't bring up results based off of the founders, it brings up results based off of what the majority of the people are searching for. Maybe you should learn the basic concepts of how search engines work before you come back here and start running your mouth about information you know jack shit about.
dracolatch
0 ups, 7y
Because they're wrong.
low rated comment (click to show)
avenger33
0 ups, 7y
low rated comment (click to show)
al-qaeda_memes
1 up, 7y
low rated comment (click to show)
[deleted]
1 up, 7y,
2 replies
[deleted]
8 ups, 7y,
1 reply
[deleted]
1 up, 7y
VivianX3
0 ups, 7y
What happened here again?
Show More Comments
Flip Settings

Caption this Meme
Created with the Imgflip Meme Generator
IMAGE DESCRIPTION:
CHUCK NORRIS BEAT ALL THE CARS IN A NASCAR RACE THEN HE STARTED HIS CAR
hotkeys: D = random, W = upvote, S = downvote, A = back
Feedback