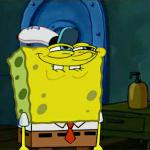 Sorry, couldn't resist...
Shadinraything
4 ups, 8y
jlucha25
3 ups, 8y
proudgattidriver223
2 ups, 8y
when Obama fist got voted in office, he was asked to show his birth certificate. 10 million dollars disappeared from his account and suddenly everyone shut up. Obama care when it was signed into affect. it was done in the middle of the night. and when the govt shut down last year. I started up again in the middle of the night. again. theres too much shadiness today
ArokinGames
2 ups, 8y
[deleted]
4 ups, 8y,
1 reply
low rated comment (click to show)
[deleted]
1 up, 8y,
2 replies
Snap006
4 ups, 8y,
1 reply
Deficit didn't decrease it increased.

The only reason the stock market is doing so well is because the Fed is pumping money into the system devaluing our dollar. One the market corrects itself, thousands of people's retirements through their 401k's will be worthless.

Got the troops home and now has to send them back because all hell broke loose in Iraq because he sent them home.
[deleted]
2 ups, 8y,
1 reply
My 401K is doing great, my income tax hasn't gone up, I am approached for new jobs by recruiters all the time, I know people that now have health care when in prior years they couldn't afford it or were not offered it...you got me on the deficit...it DID grow but at a slower pace and on track to right itself WAY better than under previous admin's trajectory.
Snap006
2 ups, 8y,
1 reply
401k's are doing great right now, but that's just because the stock market is artificially inflated. Once a market correction takes place, all hell will break loose.

I've seen first hand how Obamacare fails. My health care premiums have been increasing ever since Obamacare was passed. My dad got a letter in the mail this year saying his deductible went from 400 to 4000. Yeah it may help some but it comes at the expense of a majority of others. It hurts more people than it helps.

Don't get me wrong. I'm not saying the previous administration was great. Far from it, but it was a hell've a lot better than what we got going for us now.
[deleted]
1 up, 8y,
2 replies
When were/did your health care premiums going DOWN?
Your father is an anomaly, not the norm. Unfortunately (I guess) Obamacare got through b/c of the GOP's (lack of a) healthcare solution. Funny... you don't see any insurance companies complaining.
ChristyYoung
3 ups, 8y,
1 reply
I work in insurance. They are ALL complaining. And it's us workers who have to deal with the fall back. Not to mention doctors stopped taking certain insurance so people are losing what was once a great doctor. If rather have no insurance than shit insurance.
[deleted]
1 up, 8y
You NEVER see insurance company people complaining on ANY tv news outlets (left, right, or center) b/c they just got a HUGE market increase. The government didn't take over healthcare or insurance (That would be medicare/medicaid)...this was a HUGE move to the private industry!

They helped write it...Why would they complain?!?

http://www.washingtonpost.com/blogs/wonkblog/wp/2014/01/15/dont-believe-the-hype-health-insurers-think-obamacare-is-going-to-be-fine/
Snap006
1 up, 8y,
2 replies
It's the fact that they are not just going up, they're sky rocketing. There are a lot of people in this situation. Lots of my family and friends are experiencing rising premiums and deductibles.

The problem was the GOP had no say what-so-ever in the heathcare law. The democrats wouldn't let them put any amendments into it. Insurance companies helped right the law. They'll get paid one way or the other be it through the people paying higher premiums or the tax payer. The thing I despise the most about it though is the fact that you are forced to buy it. The government shouldn't be in the business of forcing you to buy anything.
[deleted]
1 up, 8y,
1 reply
I agree. And hospitals should not be able to write off "charity care" to people with no insurance. The tax payer pays one way or the other. At least in this way there MAY be a way to keep people out of the ER as their primary docs office. I am tired of paying more for insurance and taxes so the hospitals can make more profit.

The GOP had YEARS to address healthcare. They simply didn't respond b/c there isn't a good way to maintain their patrons/lobbyists and effectively provide healthcare for everyone that needs it.
VivianX3
1 up, 8y
The solution to this is not more monetizing of the debt, but to STOP sending so many jobs to countries like Malaysia, Pakistan, China, India, and Brazil. The main reason for all this major outsourcing in the past 20-30 years is due to the greed of the Menorahs, who contorls in at least some way most major electronics, clothes, and other companies.
WE MUST REMOVE DREIDEL!
[deleted]
1 up, 8y
Your mileage may vary but CA premiums look fairly decent
http://www.huffingtonpost.com/2013/05/23/california-health-insurance-premiums_n_3328110.html
ChristyYoung
2 ups, 8y
This should be flipped.
VivianX3
2 ups, 8y
Both The conservatism and liberalism of today(at least in the western world) are different sides of a foul crap sandwich.
DONALDJOHNTRUMP
1 up, 4y
Queenjelly07
3 ups, 8y,
3 replies
I guess the 12 people that dislike this voted for Obama and are ashamed of what they did but won't admit it :/
[deleted]
4 ups, 8y
YOLOMASTER124
1 up, 8y
i'll vote for anyone but Mitt Romney
Snap006
0 ups, 8y
VivianX3
1 up, 8y
Barack Obama is a damn puppet who sucks the ugly circumcised cock of PISSrael.
jlucha25
0 ups, 8y
so true
jlucha25
1 up, 8y,
1 reply
thanks again Snap006!
Snap006
0 ups, 8y
Prof.Kapanuckle
1 up, 8y,
1 reply
Hey everyone! Obama's a TOTALLY amazing president and is definitely NOT a dictator! I mean, helping illegal immigrants (who aren't even supposed to be here in the first place) getting jobs when there are citizens in the country who are unemployed is a great idea! Obama's the best president ever! Who'd wanna complain about that? (Totally no sarcasm here.)
[deleted]
1 up, 8y,
1 reply
Snap006
3 ups, 8y,
1 reply
[deleted]
1 up, 8y,
1 reply
Snap006
3 ups, 8y,
1 reply
Prof.Kapanuckle
1 up, 8y
Why did my comment get a downvote? The illegal immigrant thing I said is very true. I guess liberals don't like the truth and want to continue living lies. :P
Show More Comments
Flip Settings