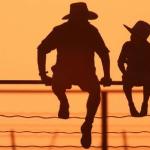 Caption this Meme
Best first
Latest first
Oldest first
15 Comments
Abby_Normal
1 up, 2m,
1 reply
Sounds as if you have some healing to do brother. Best of luck with that. Memechat me if you need any help.
BurntFingerForge
1 up, 2m,
1 reply
Possibly, I do not wear military swag but a disgruntled veteran hat or shirt would make me smile. Thanks for the offer to chat but I among brothers here we keep each other in check.
Abby_Normal
1 up, 2m,
1 reply
Right on! Meming & commenting helps me for sure (usually, except when the lib trolls gather together and mount a human wave attack. Even then, it's fun to mount a full melee defense.)
BurntFingerForge
1 up, 2m
I don't mind the trolls, I rarely respond and occasionally go days without even bothering to read their comments. That may change soon, I am being forced out because of the mandate but I did well working through this mess and can outlast the stupidity it has grown into.
Modda
0 ups, 2m,
1 reply pssssssst, he's a Republican! And he called them HIS military!

Yeah, no American soldiers in the barracks when Iran killeX, 'scuse, gave 'em all bad headaches for a day! How's that for a thank you?

Good grief.
BurntFingerForge
3 ups, 2m,
1 reply
The perfect response to my meme, it was written about people just like you. You could careless about veterans, your childish attempt to make it about Trump gave you away. You disgust me, feel free to never comment on my memes again, I could care less than a damn what you think.
Modda
0 ups, 2m,
4 replies
No, guy- HIS words, HIS sentiments, HIS feelings.
Not only did Capt Bone Spurs dodge the draft, he told his son Eric he would cut him off if he joined when he wanted to.

You got a problem with your lump of orange shit treasonous communist beta cuck god calling soldiers a losers? Suckers? Good, you should.
BurntFingerForge
2 ups, 2m,
1 reply
I have a problem with you. Trump had zero to do with the subject of this meme, your hate is your issue and doesn't help a single vet. I could have made a meme about Biden threatening to fire combat vets while paying off illegals that refused the same shot and never served but that is also not the subject of this meme. Your hate of the scary orange man is stupid. Our military is a shell of what it was under him but you could care less. Spew your hate somewhere else, I have no time for fools.
Modda
0 ups, 2m,
1 reply
No, Don Don does, cuz I sez so.

I understand how a cultist like you gets allllllll upset for the feelz of a sociopath who couldn't give a dead Trump Tower rat's ass about you, and I'm ok with that, because that's for you to bear, and me to laugh at.

Enjoy your tears, I know I do.
BurntFingerForge
0 ups, 2m,
1 reply
Narcissist's like you blame their anger on everyone except themselves. You are not unwanted, unpopular and unloved because others do not understand you, your own actions push them all away. The meme, the orange man and his worthless replacement are not responsible, you are. Seek some help before you harm yourself and are only remembered as another sad statistic.
Modda
0 ups, 2m
My bad, I forgot your feelz matter so so much, and out there there's a McD's whispering your name...

The solution is simple: Refuse it. Refuse the check. Send it back. All your benefits, send them back - in fact, send back all the money the taxpayer dished out on you if you don't like it, DONE!

Oh, and, you're welcome!
Abby_Normal
1 up, 2m
By your definition of draft dodging, Joe dodged it as artfully (see what I did there?) as President Trump. Joe was a multiple sports star in high school and college but suddenly had asthma so bad that he couldn't be drafted. Right! That doesn't happen.

Then, since Joe couldn't serve, every time that he has to speak about military issues he'll throw in a comment about his dead son Beau in order to garner sympathy and/or give himself street cred in some twisted way.
sparrowflight38
0 ups, 2m,
1 reply
That last sentence shows you need extreme anger therapy, I really truly hope you are getting help. So much rage. You're going to hurt yourself, or worse yet someone else. Get help, it's out there.
Modda
0 ups, 2m
You mean like how you dug that account up out of dormancy and started stalking my comments?
Yeah, truly upsetting,,,
Abby_Normal
0 ups, 2m
Show More Comments
Flip Settings

Caption this Meme
Created with the Imgflip Meme Generator
IMAGE DESCRIPTION:
MOM SAYS YOU HATE VETERANS DAY; I DO NOT HATE THE DAY, JUST THE FAKE PATRIOTS THAT TAKE ONE DAY A YEAR TO SAY "THANK YOU FOR YOUR SERVICE" KNOWING FULL WELL THEY VOTED FOR THE DEMOCRAT PARTY THAT HATES US FOR SERVING.
hotkeys: D = random, W = upvote, S = downvote, A = back
Feedback